By Saniya Bulatkulova in Business, Kazakhstan Region Profiles: A Deep Dive Into the Heart of Central Asia on 21 June 2022

NUR-SULTAN  – The Aktau port located on the east coast of the Caspian Sea has become the first port in Kazakhstan to receive the Ports Environmental Assessment System (SEEP) certification and EcoPort status from the European Sea Ports Organization (EMPO). This was announced by the port’s President Abai Turikpenbaev at the June 15 roundtable titled Transit and Transport Cooperation between Kazakhstan and the European Union: Prospects for the Development of the Trans-Caspian International Transport Route, according to the Kazakh Ministry of Foreign Affairs. 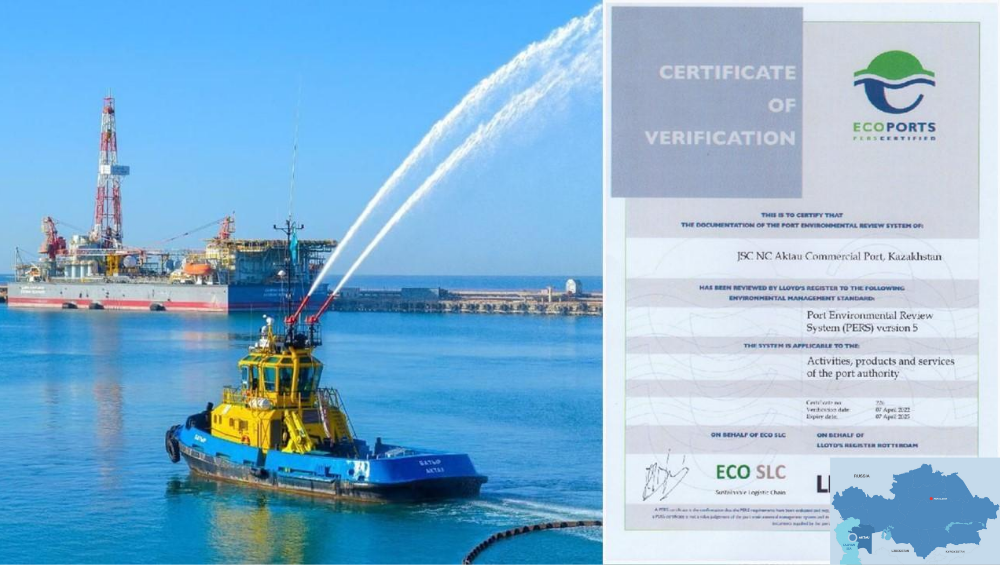 The certificate was given as a part of the EcoPorts project, a globally recognized standard for environmental management of ports and port terminals, which was launched by the Organization for Security and Cooperation in Europe (OSCE) in 2019. It provides an opportunity to expand cooperation with European ports, contributes to reducing the negative impact of ports on the environment, and to improving the environmental situation in the Caspian region.

Overall, the demand for the services of Kazakh ports has increased considerably this year due to the changes in trade routes and supply chains amid the turmoil caused by the current international political and economic situation.

The total transhipment of goods in Aktau seaport over just the last five months has amounted to 97 percent of the entire quantity shipped in 2021, that is, 1,534,000 tons compared to last year’s 1,594,000 tons.

Since the beginning of 2022, the volume of transhipment in the Kuryk seaport has reached 70 percent of the figure for 2021: 700,000 tons over the five months compared to one million tons in 2021.

The Aktau port is creating a container hub, which seeks to further transform and expand traffic flows in the Central Asian region.