NUR-SULTAN – Kazakh archaeologists uncovered the remains of more than 10 melting furnaces made of stone, which were constructed by the Saka tribes that lived in what is now modern-day Kazakhstan in approximately the 7th-6th centuries BC in the Ak-Baur Gorge in the East Kazakhstan Region, reported the Khabar TV channel on June 13. 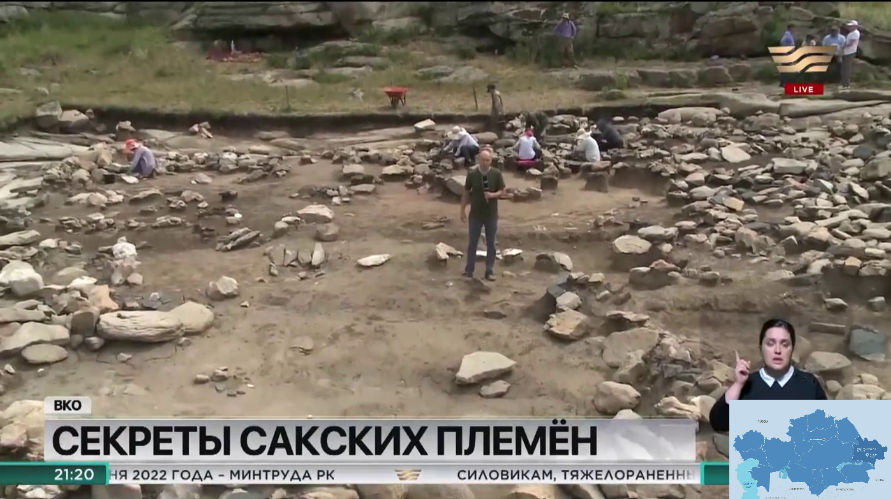 A fragment from a report published by the Khabar TV channel. Click to see the map in full size

The discovered artifacts fundamentally change the view of the Saka tribes’ lifestyle, which can no longer be characterized as fully nomadic. They trained their skills in smelting metals and building complicated furnaces 3,000 years ago.

According to local archaeologist Aidyn Zhuniskhanov, the ancient nomads who lived in this area obtained the necessary minerals and ore from the quartz minerals, which they burned in the furnaces afterward.

Overall, 26,000 artifacts were found in the eastern part of the country and handed over to the museums over the past six years. In 2021, the Gold of the Great Steppe exhibition featuring over 300 archeological items from the Saka burial mounds of East Kazakhstan was unveiled at the Cambridge University’s Fitzwilliam Museum and caused an international furor.