By Zhanna Shayakhmetova in Constitutional Referendum, Nation on 5 June 2022

NUR-SULTAN – Some 76.7 percent of people voted in favor of the amendments to Kazakhstan’s Constitution, according to the exit poll results announced at midnight on June 6 by Head of the Sotsis-A Institute for Social Research Alibek Tazhibayev. 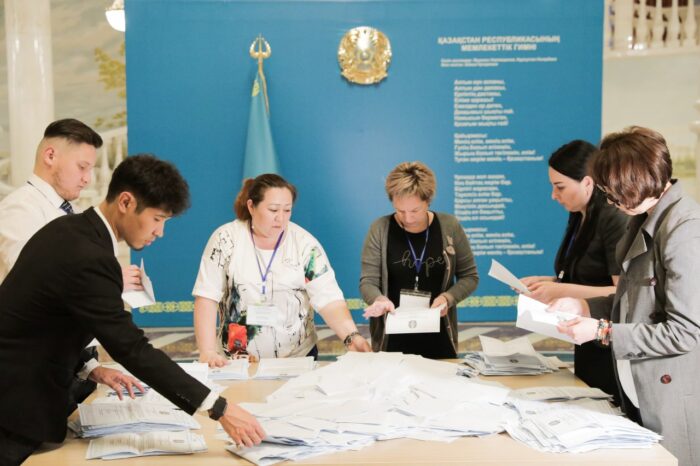 Some 23.3 percent of people voted against the amendments. The voter turnout was declared at 67.5 percent.

The exit poll commissioned by the NUR.KZ news agency conducted a survey among approximately 350,000 voters at 315 polling stations in cities, regional centers, towns and rural areas.

Commissioned by Channel 31 TV and radio company, the exit poll was conducted among 24,000 respondents at 600 polling stations in cities, regional centers, towns and villages.

The third exit poll by the Institute of Democracy was commissioned by KTK TV channel. Its results showed that 79.4 percent of people supported the package of amendments to the Constitution and 20 percent of people voted against the changes.

On June 5, the polls were carried out at 10,012 polling stations including 65 representative offices of Kazakhstan in 52 countries. Polling stations were open from 7 a.m. until 8 p.m. without breaks.

According to the Central Referendum Commission (CRC), more than 8 million Kazakh citizens took part in the voting. The polling stations closed with 68.44 percent voter turnout.

The preliminary official results are expected to be announced Monday June 6, at a time to be determined by the CRC.