By Zhanna Shayakhmetova in Constitutional Referendum, Nation on 7 June 2022

NUR-SULTAN – Some 77.18 percent of people (6.1 million of people) voted in favor of the constitutional Amendments during the referendum on June 5, reported Central Referendum Commission (CRC) Chairman Nurlan Abdirov at the June 7 meeting on the final electoral tally. 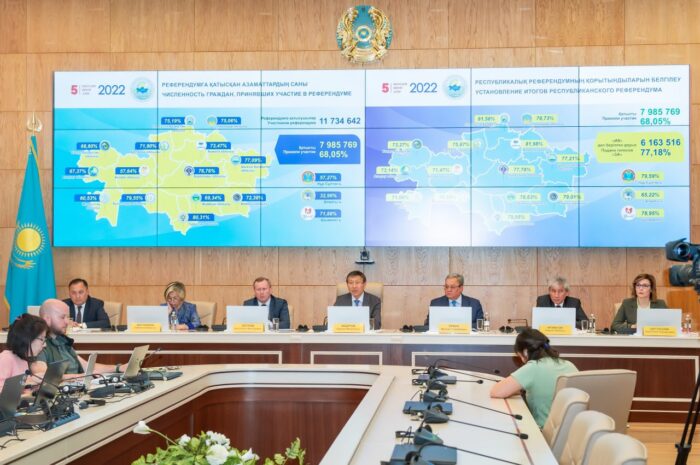 This makes up an absolute majority of votes in each of the 17 regions. “The requirements of the Constitutional Law on the majority support of citizens have been met,” said Abdirov.