Kazakhstan Votes by Substantial Margin of 77.18 Percent in Favor of Constitutional Amendments

NUR-SULTAN – By a margin of 77.18 percent of votes in favor and 18.66 percent against, and with a turnout of 68.06 percent, Kazakhstan has voted to accept the amendments to its constitution, Nurlan Abdirov, the Central Referendum Commission (CRC) Chairman, reported the preliminary results by 8 a.m. local time at an early Monday briefing on June 6. 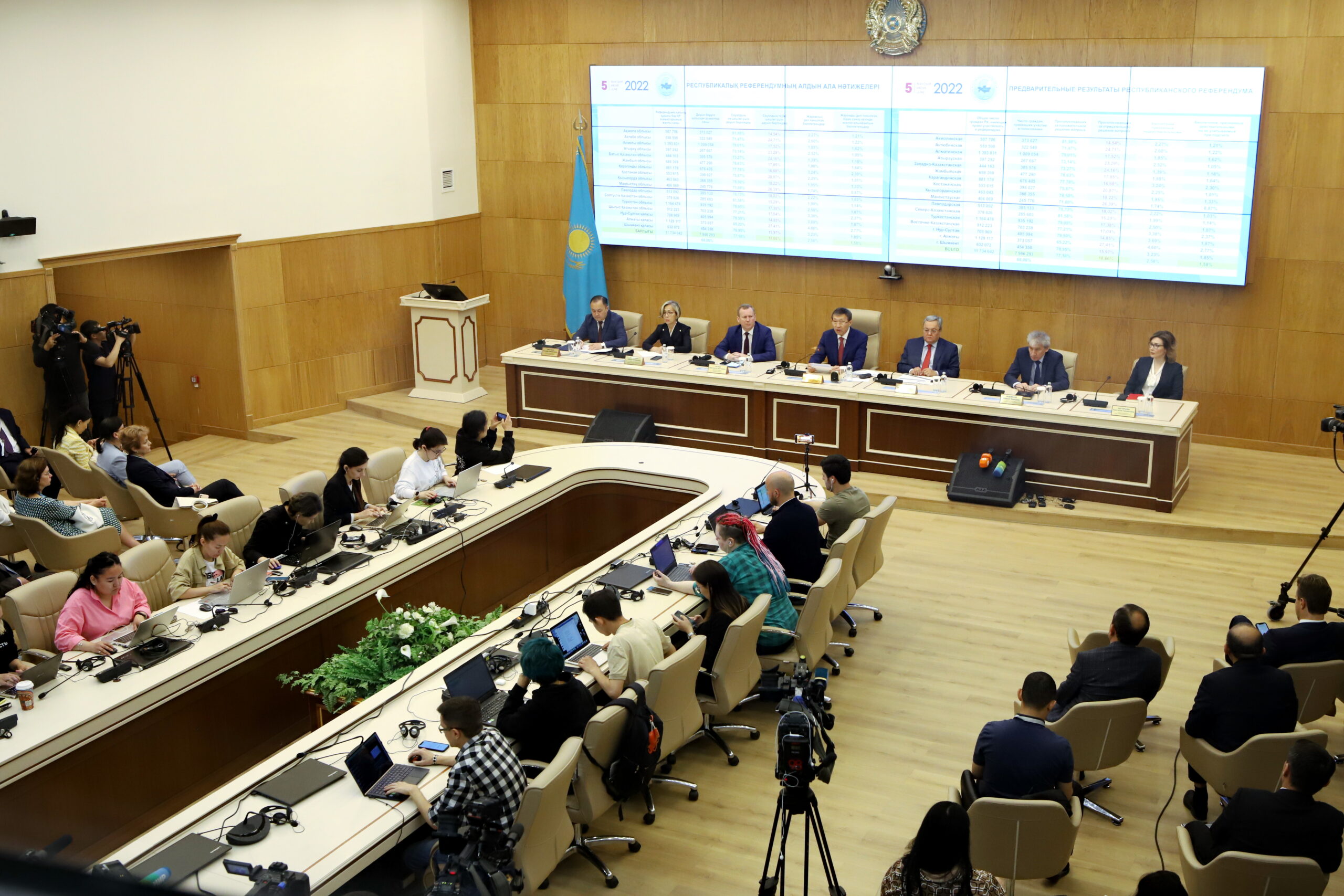 After all the electronic copies of protocols were received, it was established that 6,163,863 Kazakh citizens voted in favor of the amendments. “This amounted to an absolute majority in each of the 17 regions, so the requirements of the Constitutional Law on the majority support of citizens have been met,” said Abdirov.

According to Kazakh State Secretary Erlan Karin, high turnout and high level of support for the constitutional referendum “demonstrate a new level of public consolidation.”

“The results of the referendum show a common understanding of the prospects for further development both by the authorities and the society. All this indicates a real expansion of public support for the presidential course of reforms,” he said.

“The approved amendments to the Constitution mean a new phase in the development of our statehood as they clearly aim at strengthening the human rights protection mechanisms and the democratic institutions in Kazakhstan. One important change will be the ultimate, unequivocal ban on the death penalty, to be clearly written down in the renewed Constitution, in line with our commitment according to the Second Optional Protocol to the 1966 Covenant on Civil and Political Reforms that our Parliament ratified last year,” he emphasized.

“We are grateful to numerous domestic and foreign observers for monitoring the referendum, which helped us in conducting it in a fair and transparent manner in line with democratic standards and principles. Therefore, we see this as a clear support from the international community for this referendum and President Tokayev’s reform agenda”, added Tileuberdi.

According to the Minister, “Significant work lies ahead to implement the amendments at the constitutional and legislative level, and we look forward to working with all our partners as we enter a new chapter in Kazakhstan’s modern history”.

Territorial commissions will deliver the original protocols for each region within two days after the vote counting and the final results will be announced at a time and date determined by the CRC.

All regions and cities of national significance, except Almaty, demonstrated over 50 percent turnout, which deemed the referendum valid in the afternoon by 2 p.m. on June 5.