Afghanistan Could Have Been Window of Opportunity for Central Asia, Says KazISS Director

NUR-SULTAN – Afghanistan could have been a window of opportunity for Central Asian countries, Kazakhstan Institute for Strategic Studies Director Yerkin Tukumov explained in an interview with the Zakon.kz news agency, stressing the looming humanitarian crisis in the country. 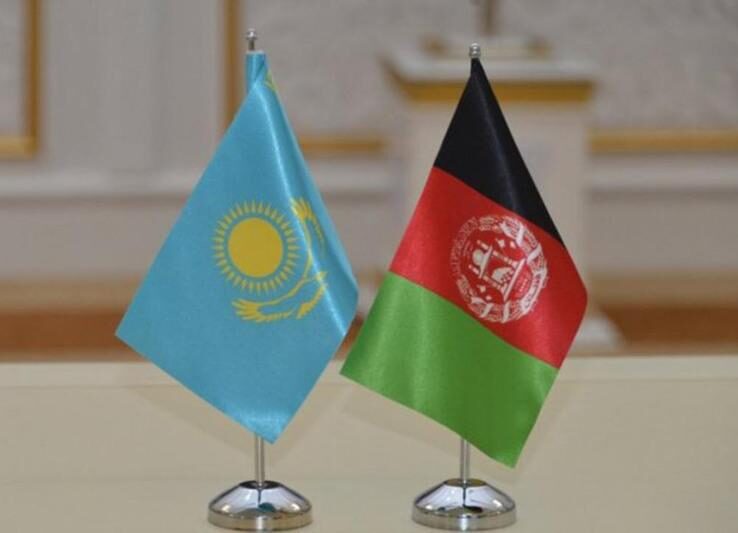 Afghanistan has been the focus of President Kassym-Jomart Tokayev’s remarks at the Collective Security Treaty Organization (CSTO) anniversary meeting in Moscow on May 12. Photo credit: inform.kz

“All of Central Asia is landlocked – countries that do not have direct access to the sea. In the case of Uzbekistan, it is a double landlocked country. And Afghanistan is the shortest way to Pakistan, to its ports, to India. It is a huge billion-dollar market. There is trade, pipelines, and a road that would bring enormous benefits to the countries of Central Asia, and to Afghanistan itself if there were peace and stability there,” said Tukumov.

Afghanistan has been the focus of President Kassym-Jomart Tokayev’s remarks at the Collective Security Treaty Organization (CSTO) anniversary meeting in Moscow on May 12. For years, Kazakhstan has stood at the vanguard of providing humanitarian assistance to Afghanistan across many areas. The latest effort was a scholarship program for Afghan young people to study in Kazakh universities launched back in 2010 and the European Union-funded scholarship program for Afghan women launched in 2019. 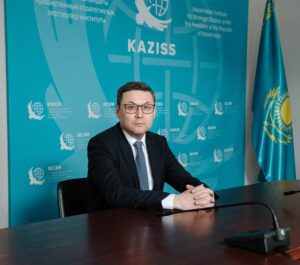 “Kazakhstan constantly on all global platforms raises questions not only about assistance but also about the necessity of addressing the situation in Afghanistan,” said Tukumov recalling Kazakhstan’s non-permanent membership in the United Nations Security Council in 2017 and 2018.

While Ukraine now remains at the top of the world’s agenda, Afghanistan must not be put in the background, according to him. “Before the Taliban seized power, everyone talked about Afghanistan and helped it, but now it is out of the way. Meanwhile, the situation is worsening,” he added.

After the return of the Taliban, countries in Central Asia found themselves in a new tricky reality. Challenges that the countries have feared for years, including rising terrorism and extremism, illegal drug and weapons trafficking – all of it became real.

“In case of a humanitarian catastrophe in this country – which is actually approaching – neither Iran nor Pakistan will be able to accept the almost 40-million-strong population of Afghanistan. Given that three Central Asian states – Turkmenistan, Uzbekistan, and Tajikistan – border it, a certain portion of the Afghan refugees might go to these regions,” said Tukumov.

He commended President Tokayev’s focus on Afghanistan which questioned the readiness of countries for the flow of refugees, and growing terrorist activity that is likely to spread across the border, making countries rethink how they strengthen their southern borders.

At a meeting in Moscow, President Tokayev also suggested involving CSTO peacekeeping troops in the UN peacekeeping mission. The first time that the CSTO used a peacekeeping provision was to quell the January unrest in Kazakhstan.

“According to the CSTO charter, if a member state of the organization needs help from a peacekeeping force, then a United Nations mandate is not needed, the UN is simply notified. But if assistance is needed outside the member states, for example, in Afghanistan, a UN mandate will be necessary. Kassym-Jomart Tokayev suggested joining the peacekeeping forces of the CSTO to the peacekeeping activities of the UN so that in case of need, the organization could act under the mandate of the UN,” said Tukumov.

The return of the Taliban, whose government remains unrecognized by many countries, also hinders the delivery of humanitarian aid to Afghanistan which has for years relied on foreign assistance. According to the UN data, 24.4 million people are in humanitarian need – more than half the population. The country has the highest number of people in an emergency food insecurity situation in the world – a 35 percent increase from last year.