NUR-SULTAN – The Collective Security Treaty Organization (CSTO) troops should be involved in the United Nations peacekeeping mission, said President Kassym-Jomart Tokayev as he addressed the anniversary session of the CSTO Collective Security Council on Monday. 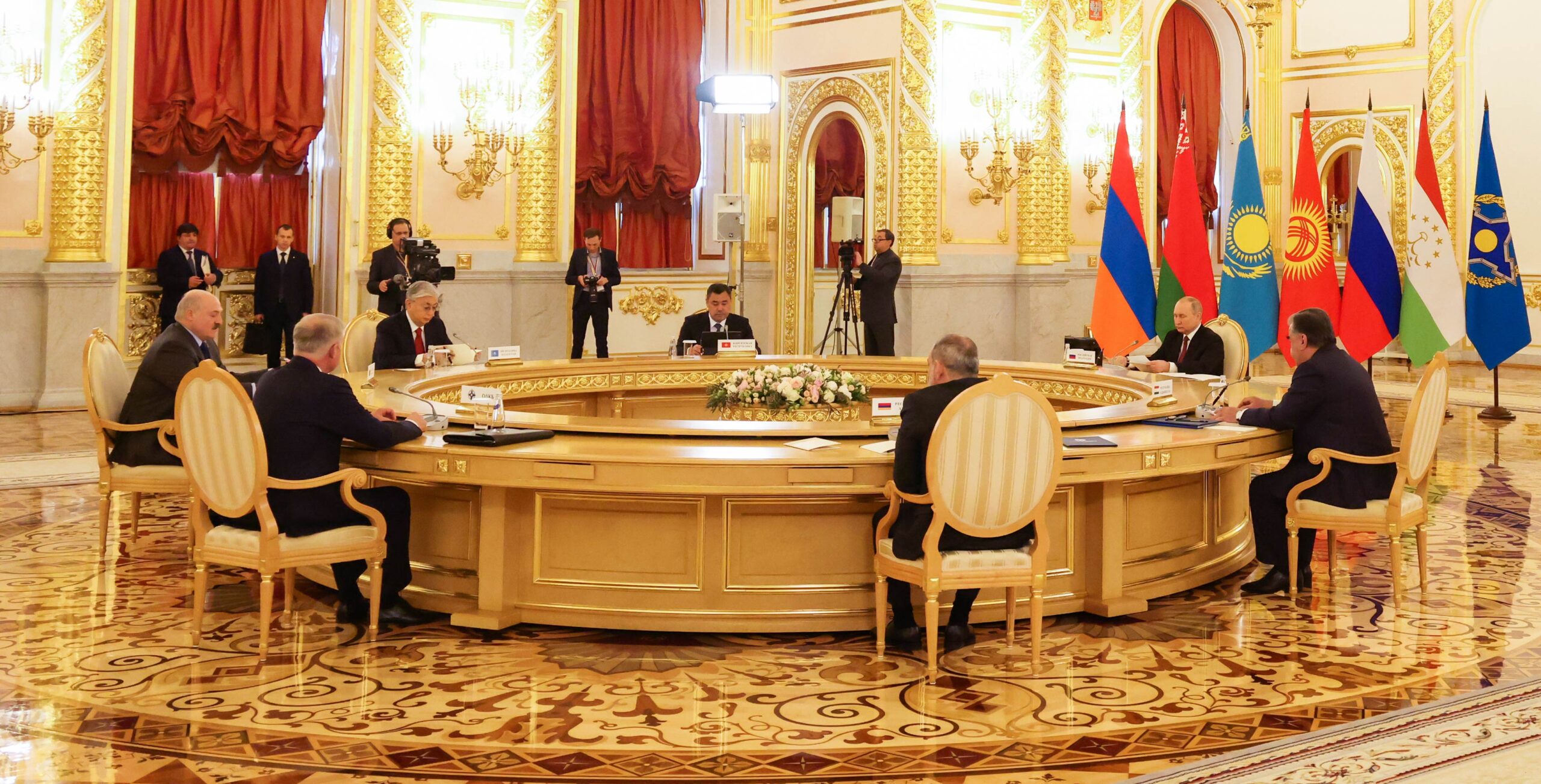 The CSTO leaders during the meeting in Kremlin. Photo credit: Akorda press service 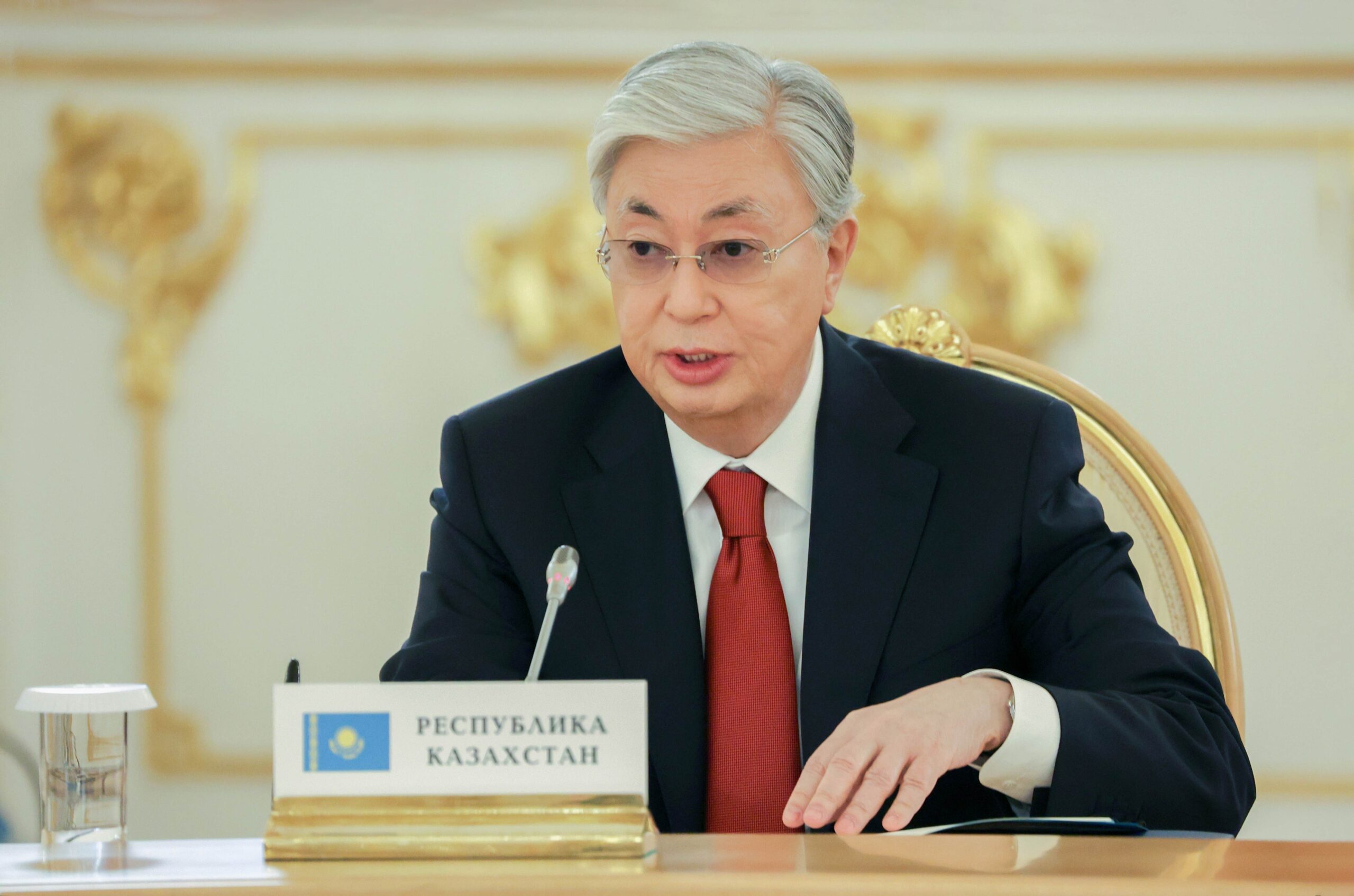 In his remarks, Tokayev stressed the importance of strengthening the peacekeeping potential of the CSTO.

“In our opinion, we should already set a goal of involving the CSTO in the peacekeeping activities of the United Nations. This step will strengthen the CSTO legal personality and will ensure the practice of participation of the organization in international peacekeeping operations,” he said.

The involvement of CSTO peacekeeping units in protecting Kazakhstan during the January unrest was the first time that the CSTO exercised the peacekeeping provision envisioned in the Collective Security Treaty of May 15, 1992, and the Agreement on Peacekeeping Activities of Oct. 6, 2007. 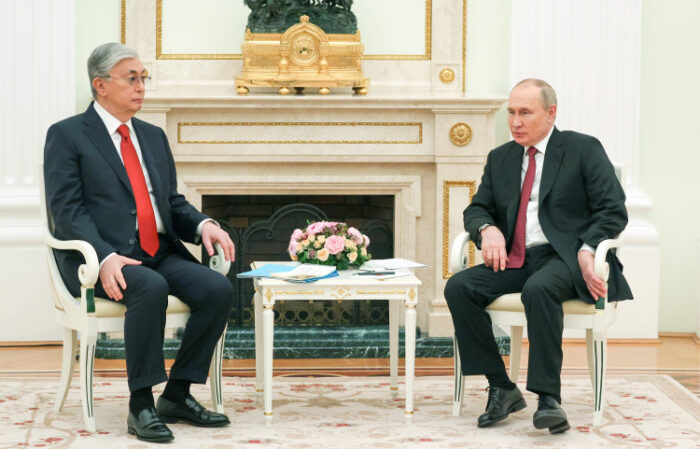 Tokayev spoke in detail about the challenges that the CSTO, an alliance of six states, faces, including international terrorism and extremism, drug and weapons trafficking, and illegal migration. He also highlighted the security challenges related to the situation in Afghanistan.

“The situation in that country as well as the continued activity of armed groups on the territory of Afghanistan still threaten the security and stability of our states. I believe that the CSTO must take into account all potential threats and pay even more attention to ensuring the security of the southern borders of Central Asia,” said Tokayev.

The organization, according to him, has established itself as an effective mechanism for multilateral cooperation with serious potential for growth. Its main objectives include the strengthening of peace and stability, international and regional security, and the protection of the territorial integrity and the sovereignty of the member states.

Kyrgyz President Sadyr Japarov spoke about the situation in Afghanistan as an acute issue requiring greater attention from the member states.

“I believe that Afghanistan must remain at the center of our constant attention and analysis. In this direction, it is necessary to implement a whole range of political, diplomatic, and military-technical measures to ensure security. At the same time, it is important to provide humanitarian assistance to the Afghan people,” said Japarov.

He added that Western sanctions against Russia pose a threat to food and energy security, macroeconomic stability, and the social stability of the country.

At the end of their meeting, the leaders adopted a joint anniversary statement of the Collective Security Council saying they are “satisfied with [their] growing interaction in the international arena and the level of foreign policy coordination on major items of the global and regional agendas.”

“Aware of our responsibility for ensuring lasting peace in the Eurasian region, we emphasize the importance of reducing tensions on the continent and reaffirm our readiness to establish practical cooperation with the North Atlantic Treaty Organization (NATO),” the statement reads.