By Saniya Bulatkulova in Culture on 24 April 2022

NUR-SULTAN  – The museum dedicated to Kazakh Soviet-era politician Dinmukhamed Kunayev who headed the Kazakh SSR from 1964 to 1986, was opened after restoration work on April 19 in Almaty, reported the press service of Almaty akimat (city administration). On Jan. 12, 2022 he would have turned 110 years old. 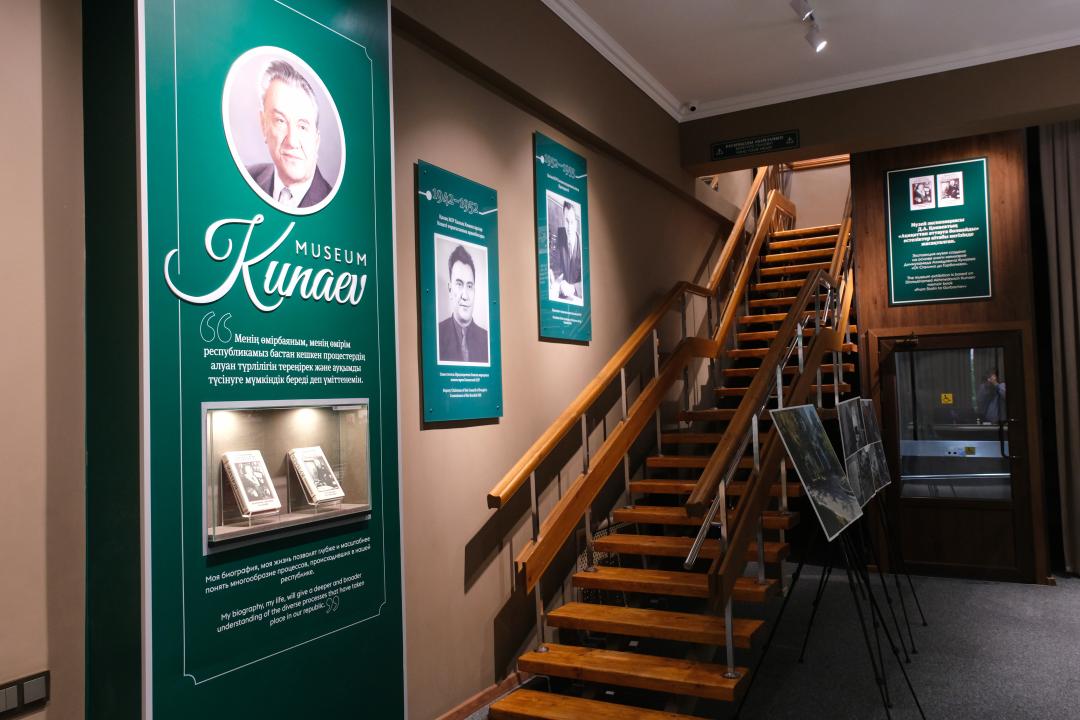 The concept and sketch of the museum were agreed upon with the International Kunaev Fund. Photo credit: press service of Almaty akimat (city administration)

Kunayev headed the Kazakh Soviet Republic first between 1960 and 1962, and then in 1964 – 1986. This was the period of rapid growth of the republic’s economic potential and cultural development. Kazakhstan became a major producer of agricultural and industrial products as well as of raw materials. The productive potential of the country increased by more than 700 percent during his tenure, according to the Information and Analytical Center of Lomonosov Moscow State University.

“Kunayev was a wise man, and his rule was quite benign for Kazakh intelligentsia”, recalls Valentina Pankina, a prominent Russian expert on the Soviet era cultures of  Central Asia, who knew him personally. 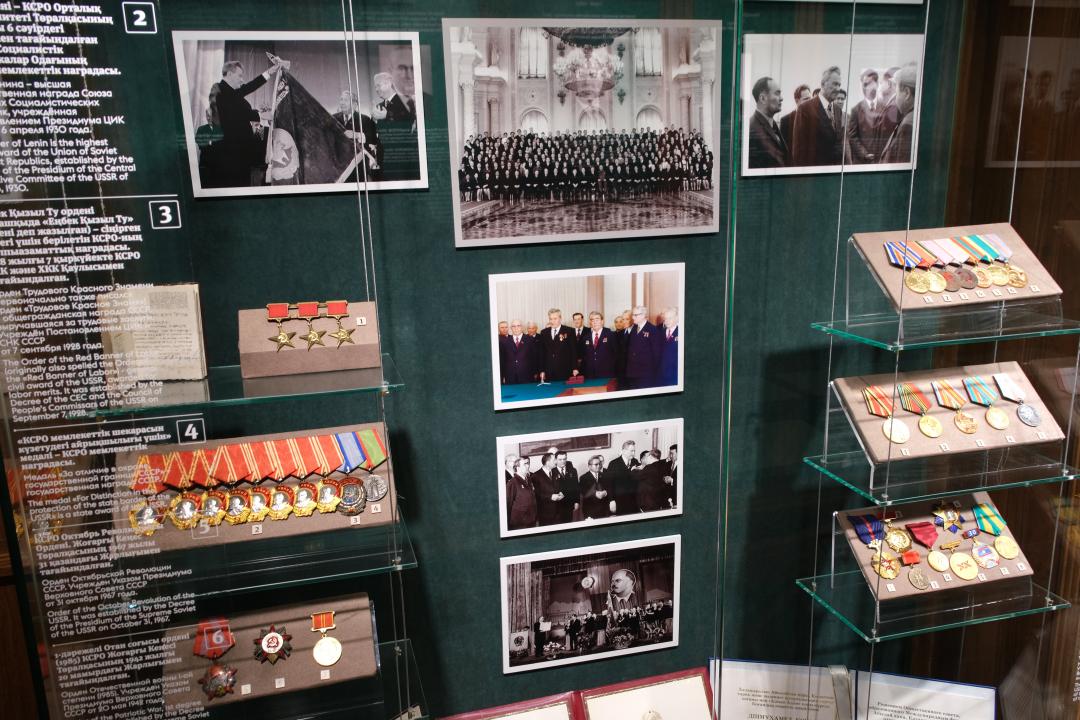 In Dec. 1986 when Mikhail Gorbachev removed him from power, Kazakhstan saw mass protests, probably the first in the USSR under the new regime of perestroika and glasnost.

The museum that reopened in Almaty in the house where he lived from 1969 until his death in 1993, was redesigned on the basis of Kunayev’s autobiographical book “From Stalin to Gorbachev,” which reflects his views on important historical events in the country. The museum features archive documents, photos and personal items placed in chronological order to demonstrate the works and life of the distinguished statesman. 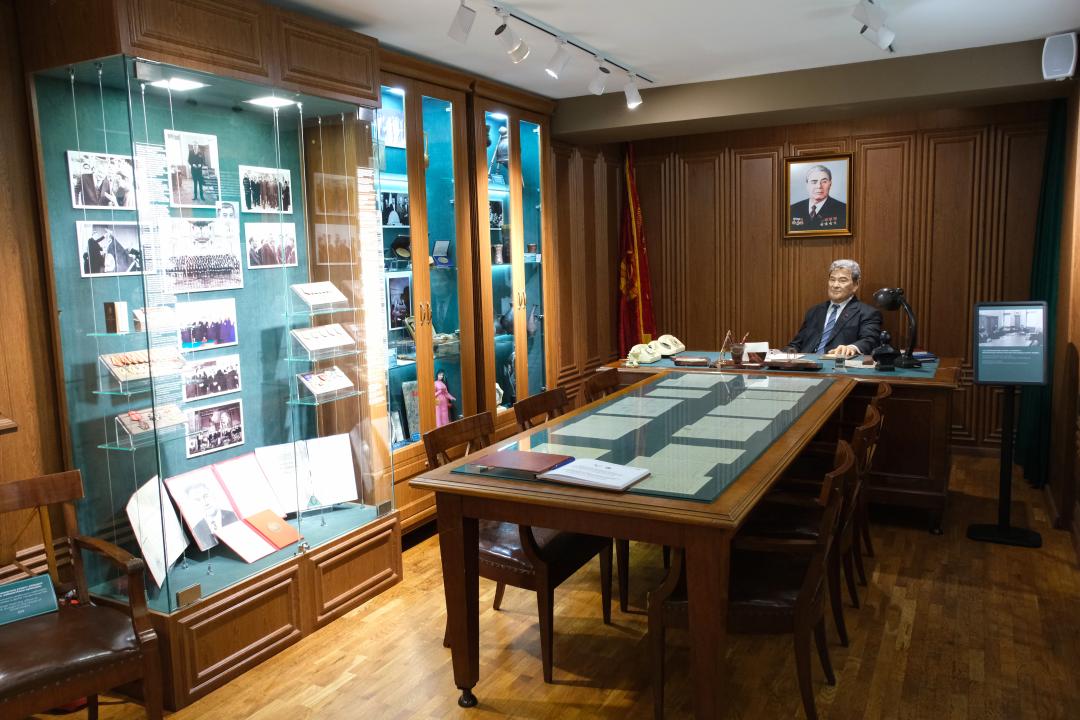 During the restoration works, the museum was equipped with modern digital and multimedia technologies, so visitors can now use audio guides, while people with disabilities can go upstairs by elevator.

Musrepov was one of the pioneers of national dramaturgy, who authored such famous plays as “Amangeldy,” “Kozy Korpesh – Bayan Sulu” and “Akhan Seri – Aktokty.” More than 30 short stories, novels, and plays, which he wrote, tremendously impacted development of national literature, reflecting social changes in Kazakh society and new phenomena in the everyday life of the Kazakh people. 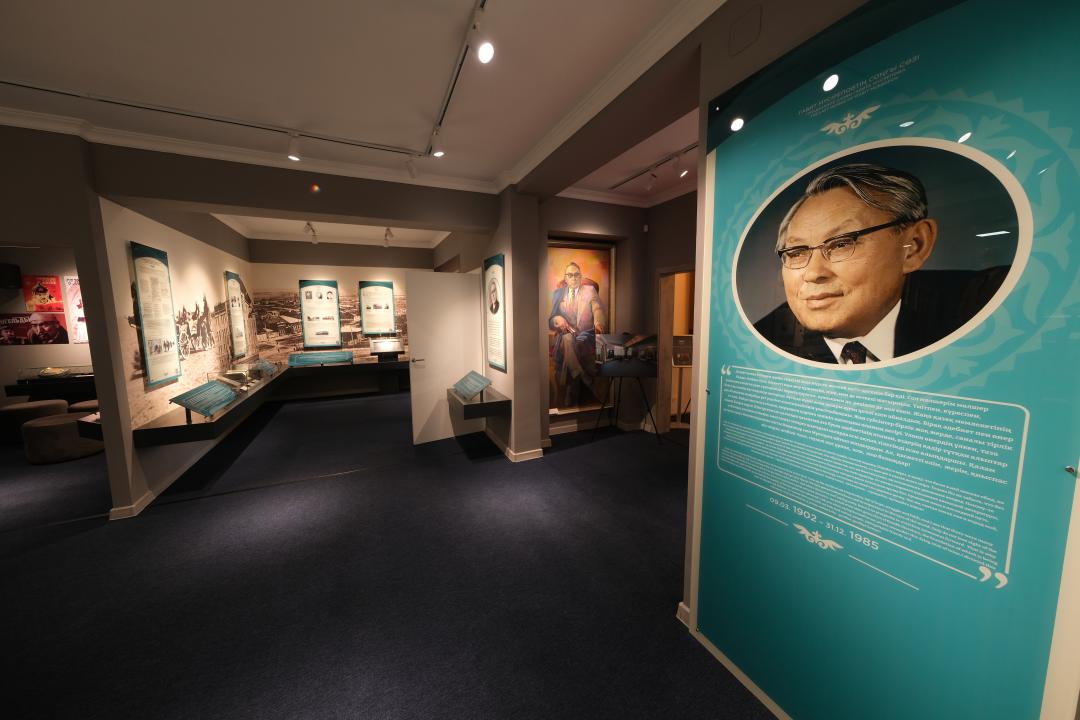 There are two memorial rooms and literary hall in the museum. Photo credit: press service of Almaty akimat (city administration)

The museum with an area of 114,6 square meters has become the country’s first modern multimedia literary center after its major renovation.

The museum has modern equipment, including information stands, multimedia system and touch panels among other devices, which display valuable literary data, archive materials, including manuscripts, photographs and “A Letter of Five” (the letter of five Kazakh intellectuals, in which they informed Joseph Stalin about horrific consequences of Goloshchekin’s reforms, who served as the head of the Kazakh SSR in the 1920-1930s) among other exhibits. 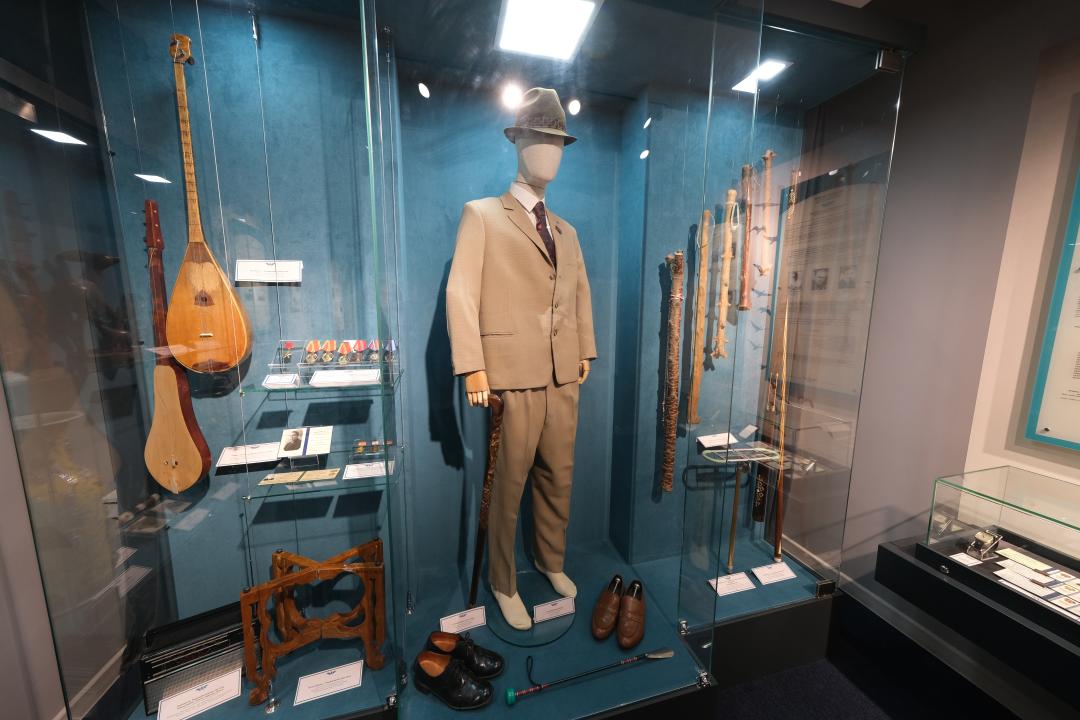 The project of the renovated museum was agreed upon with the relatives of the writer, while the concept and sketch of the project was approved by the city’s culture department. Photo credit: press service of Almaty akimat (city administration)

Apart from the memorial hall, the literary hall, where museum’s guests can view all details of a writer’s biography, has also been modernized.

Additionally, the museum established a special cinema hall for screening movies, the scripts for which were written by Musrepov including “Amangeldy,” “Kyz-Zhibek,” “Once and For Life” and “Melon” films.

The annual attendance is expected to be doubled up to 22,000 people due to its reconstruction.