NUR-SULTAN – On the day of the national holiday of Nauryz – March 22, Kazakhstan celebrates the 120th anniversary of Kazakh writer, novelist, playwright, and public figure Gabit Musrepov, whose literary career is noted for its variety. 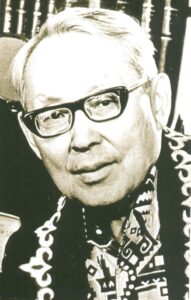 Across more than six decades of his professional career, Musrepov wrote more than 30 short stories, novels, and plays, was one of the pioneers of national dramaturgy, and served as a screenwriter for the first Kazakh film “Amangeldy.”

Born to a large family of Kazakh peasants in the village in Northern Kazakhstan in 1902, Musrepov described his childhood as very ordinary. “As I understand it now, no one was particularly happy to see me come into this world. The family, which already had many children, just increased by one more boy,” the writer wrote about his childhood.

In 1923 Musrepov entered the Orenburg Workers’ Faculty. The years in Orenburg were eventful. Musrepov shared an apartment and became friends with prominent Kazakh writers Saken Seyfullin and Sabit Mukanov. That’s where he wrote his first story “In the Rough Waves” (1928) dedicated to the theme of the Civil War, which was published in a local newspaper. The story was highly appreciated by Kazakh writer Beimbet Mailin, who back then was an executive secretary of the national newspaper. Following the lead of Mailin, Musrepov began to work as a translator for his newspaper and wrote novels in his spare time.

Some say that it was back then that Musrepov discovered the works of Russian poets and writers. He was especially fascinated by the works of Russian writer Maxim Gorky, which later evolved into a steady stream of shorter writings and a novel on the theme of motherhood. 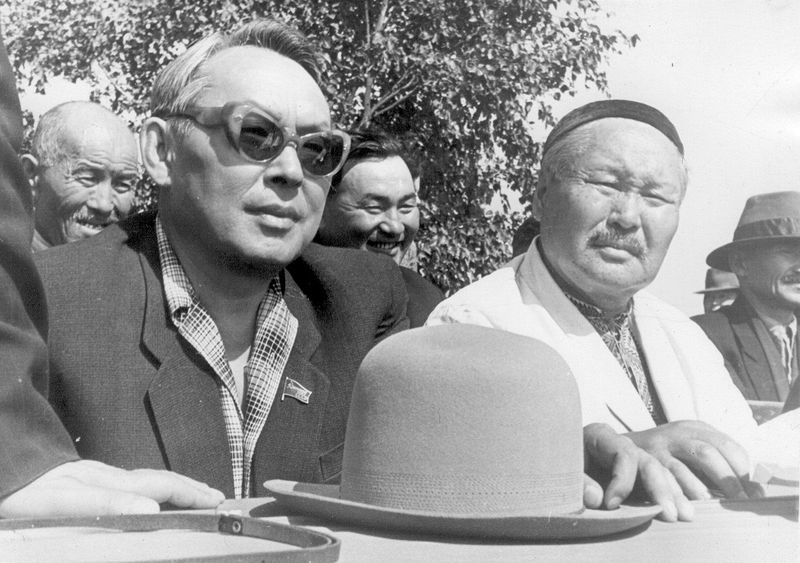 Perhaps Musrepov’s most ambitious work in exploring the lives of Kazakh women became his “Ulpan” novel published in 1974. The novel tells the story of Ulpan, the wife of a Kazakh ruler and an influential man. The image of Ulpan fascinates the readers with her courageous, proud, self-sacrificing, and rebellious character that helps her to live through life’s ups and downs.

Musrepov made a significant contribution to the development of the Kazakh drama industry. In 1934, he wrote his first play “Kyz-Zhibek” and later the libretto for “Kyz-Zhibek” opera – a love story based on a Kazakh folk poem. The opera, composed by Yevgeny Brusilovsky, has earned wide recognition and public praise from the early days.

In 1970 “Kyz Zhibek” opera was produced into a film, directed by Sultan Khodzhikov, and starring Meruyert Utekesheva and Kuman Tastambekov. Musrepov served as a screenwriter for the film. The film received the State Prize of the Kazakh SSR, and Musrepov won the award as a screenwriter in 1972. For this work he became a recipient of the Order of the October Revolution.

Musrepov is also the author of “Amangeldy,” “Kozy Korpesh – Bayan Sulu,” “Akhan Seri – Aktokty” plays, which were included in the golden collection of the Kazakh plays.

Back in 1936, Musrepov co-wrote with Vsevolod Ivanov and Mailin the script for the first Kazakh feature film “Amangeldy.”

The streak of political activity that marked Musrepov’s career surfaced in 1932, when he co-wrote the so-called “A Letter of Five” addressed to Joseph Stalin. In the letter Musrepov, along with prominent activists M. Gataulin, M. Davletkaliev, E. Altynbekov and K. Kuanyshev, stated the horrific consequences of Goloshchekin’s projects, who at that time was the head of the Kazakh SSR, coupled with collectivization, which led to the mass famine of 1932-1933 with the death of almost 40 percent of the Kazakh population. But despite the peaceful tone of the letter, the authors were perceived as nationalists and threatened with expulsion from the party and prosecution.

Musrepov died on Dec. 31 in 1985 in Almaty at the age of 83 after a sustained illness. In 2002, to commemorate the writer’s 100th anniversary a bronze monument was installed in Almaty in front of the Youth Theater named after Musrepov.