By Saniya Bulatkulova in Culture on 3 April 2022

NUR-SULTAN  –  Kazakh designers and co-founders of the Nomad Moon brand Madina Kurbanaliyeva and Assemgul Khassangali presented their clothing collection as a part of the Nauryz international holiday festivities organized by the Embassy of Kazakhstan in Belgium and Kazakhstan’s Honorary Consulate in Luxembourg, reported the embassy’s press service on March 29. 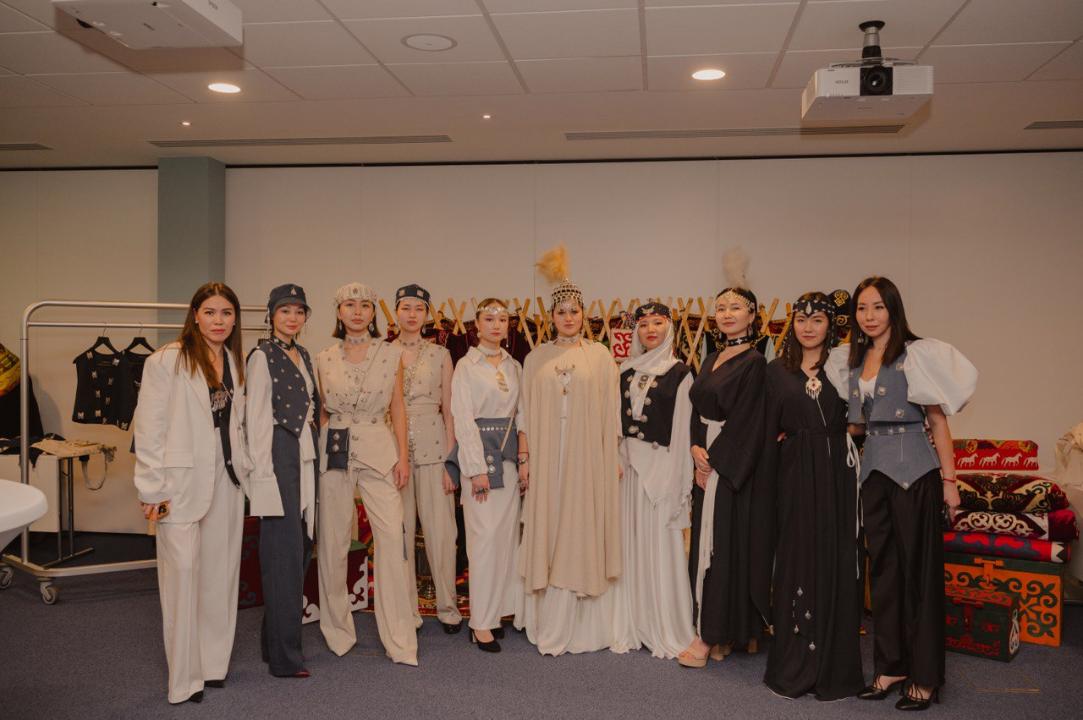 The line consists of modern, lightweight, and ethnic-colored suits made of quality materials in line with trends of sustainable and responsible consumption.

According to brand’s co-founder Erlan Nukenov, they strived to weave the patterns and elements of Kazakh nomadic culture into the modern clothes that Kazakh women wear, thus maintaining the bond between generations. 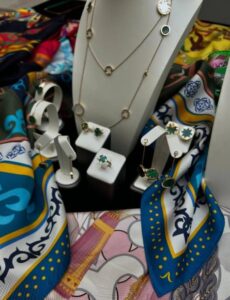 Along with the clothing collection, the Nomad Moon brand’s founders released the first edition of Muse of Nomad magazine, which covers such themes as the culture of modern Kazakhstan, traditions of people, their lifestyle, as well as fashion and beauty.

As for the musical part of the celebration, Aigerim Matayeva-Blanchart and Aigerim Yersainova Shuster, musicians and co-founders of Paris-based Kazakh Korkut Cultural Center, performed popular national songs and kuis (traditional musical composition) playing piano and some Kazakh musical instruments including the kobyz, zhetygen, saz-syrnai and shan-kobyz.