By Assem Assaniyaz in Culture, International on 1 April 2022

NUR-SULTAN – This year, the international holiday of Nauryz has been widely celebrated as the pandemic restrictions were lifted in many countries. To celebrate Nauryz, the Kazakh embassies organized cultural events to help guests get acquainted with the history and traditions of the Kazakh people, take part in the celebration and enjoy the diverse program, reports the Ministry of Foreign Affairs press service. 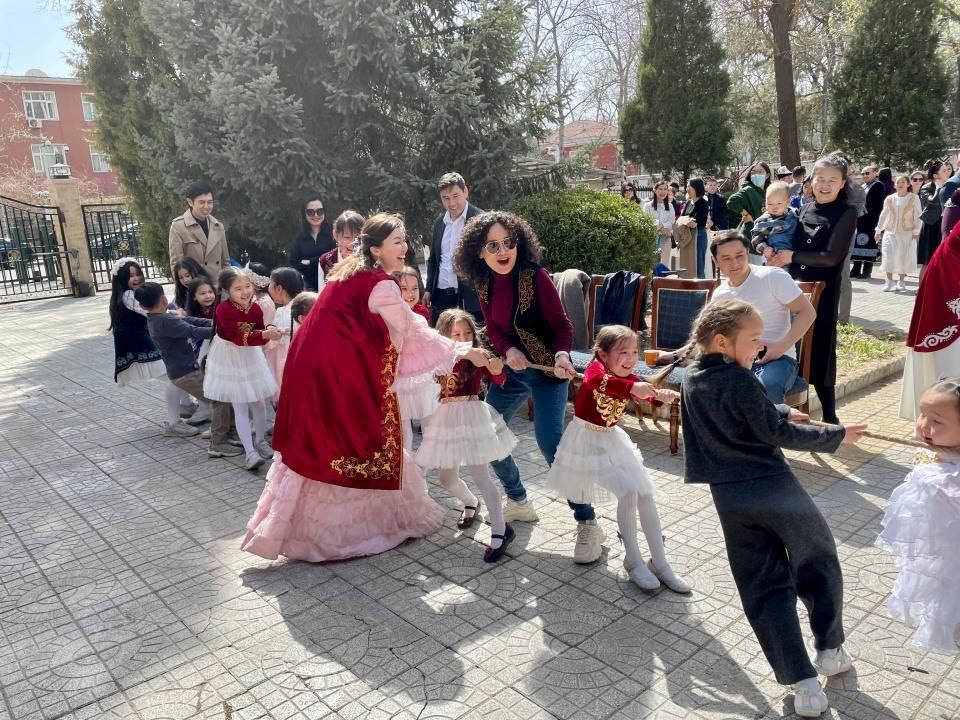 Nauryz is a holiday celebrating spring, the epitome of the renewal of nature and human relations, the beginning of a new year. It gives hope for a bright future, brings prosperity and peace. The celebrations usually last several days and include fairs, traditional sports, horse racing, dancing and singing.

Since independence in 1991, celebrating Nauryz has become an integral part of the cultural life in Kazakhstan. In 2001, Nauryz was declared a public holiday, and in 2010, the United Nations General Assembly Resolution gave it the status of an international holiday.

A festive event was organized by the Embassy of Kazakhstan in Russia in the newly renovated Kazakhstan pavilion at VDNH (Exhibition of Achievements of National Economy) in Moscow. The concert featured performances by children and students as well as the Saryarka ensemble.

In his welcoming speech, Ambassador of Kazakhstan to Russia Yermek Kosherbayev called Nauryz a symbol of the rich spiritual heritage of Kazakhstan with a deep philosophical meaning.

On the eve of the Nauryz celebration, the Kazakh embassy in France organized the planting of three apple trees as a symbol of the three months of spring. 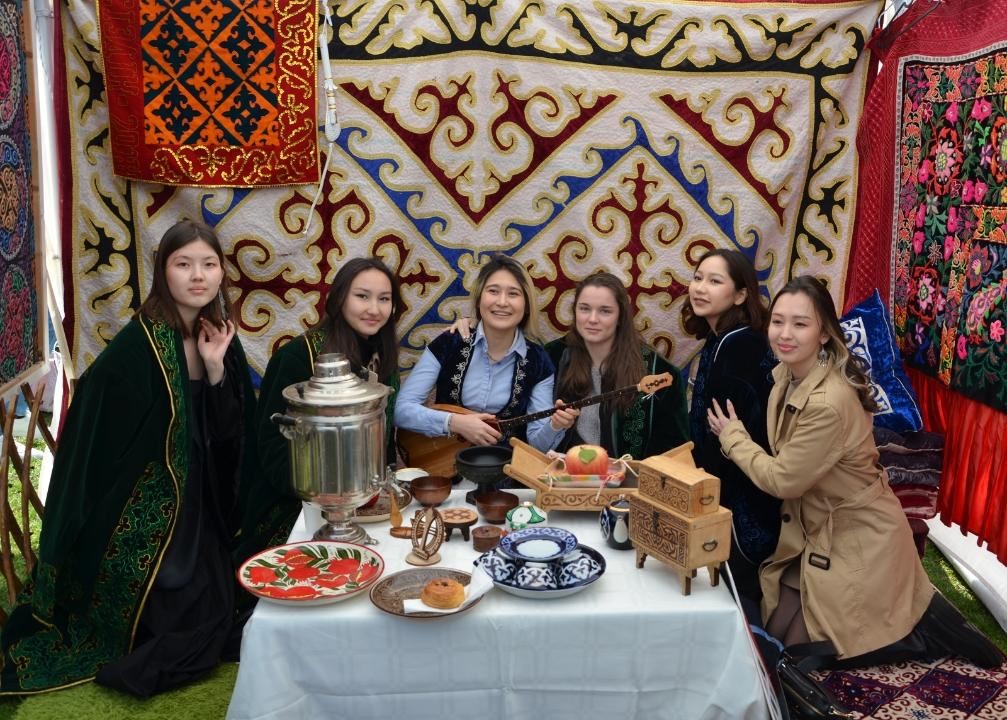 The open-air spring festival at Westbroekpark in the Hague. Photo credit: Embassy of Kazakhstan in the Netherlands.

Kazakhstan’s Ambassador to France and Permanent Representative to the United Nations Educational, Scientific and Cultural Organization (UNESCO) Jean Galiev said that amid the escalating tension globally, this gesture demonstrates Kazakhstan’s aspiration toward peace and harmony. According to him, the celebration of Nauryz correlates with the goals of UNESCO, as it symbolizes peace between people and has an important ecological message.

The Kazakh embassy in Washington convened the celebration of Nauryz with the embassies of Azerbaijan, Kyrgyzstan, Tajikistan, Turkmenistan, Turkey, and Uzbekistan on the online platform of the Oxus Society analytical center. 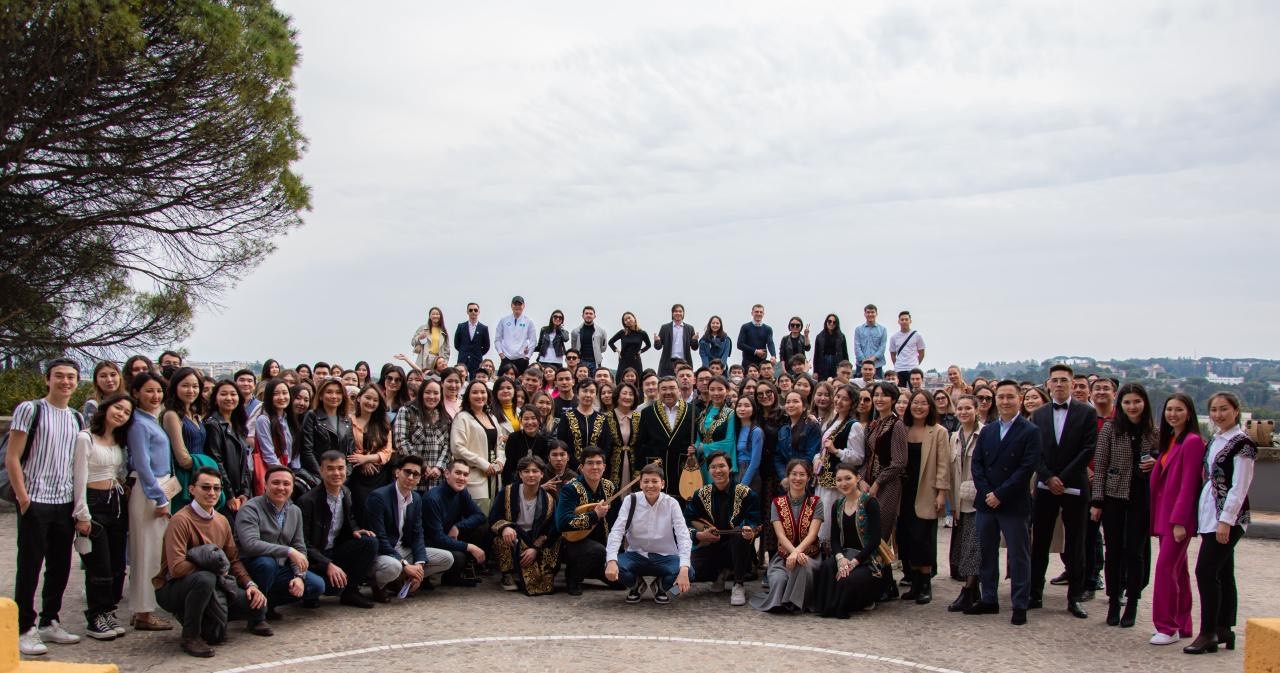 The opening of the Kazakh Young People Association in Rome. Photo credit: Embassy of Kazakhstan in Italy.

Local fashion and jewelry works were presented at the festive event with live music in Brussels and Luxembourg. Ambassador of Kazakhstan to Belgium Margulan Baimukhan noted that the reforms under the New Kazakhstan agenda should become a solid baseline for democratic development and social consolidation around the goals of improving the welfare of citizens in Kazakhstan.

The open-air spring festival at Westbroekpark in the Hague was organized by the Kazakh embassy in the Netherlands with the embassies of Azerbaijan, Turkey, and Uzbekistan. Ambassador of Kazakhstan to the Netherlands Askar Zhumagaliyev said Nauryz is a holiday of new beginnings and wished for peace, harmony, and prosperity worldwide. 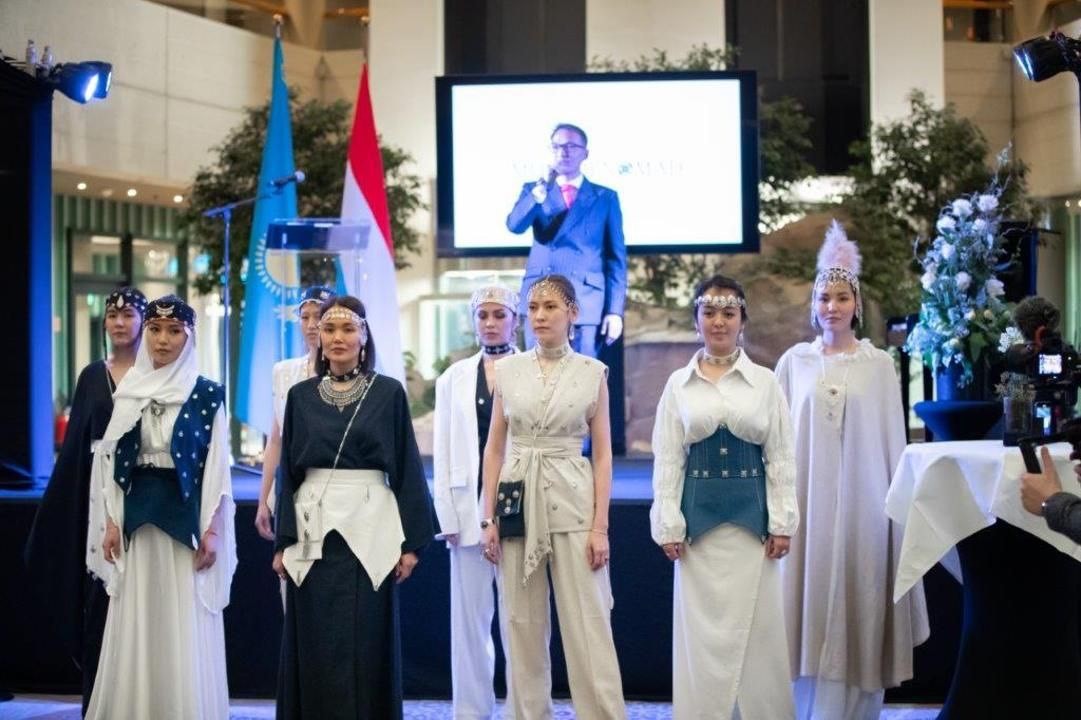 Nauryz celebrations in Brussels and Luxembourg. Photo credit: Embassy of Kazakhstan in Belgium.

As an honorary guest at the event, the Organization for Security and Co-operation in Europe (OSCE) High Commissioner for National Minorities Kairat Abdrakhmanov marked the high level of celebration and the indisputable importance of ensuring peaceful coexistence of multinational and multi-religious societies.