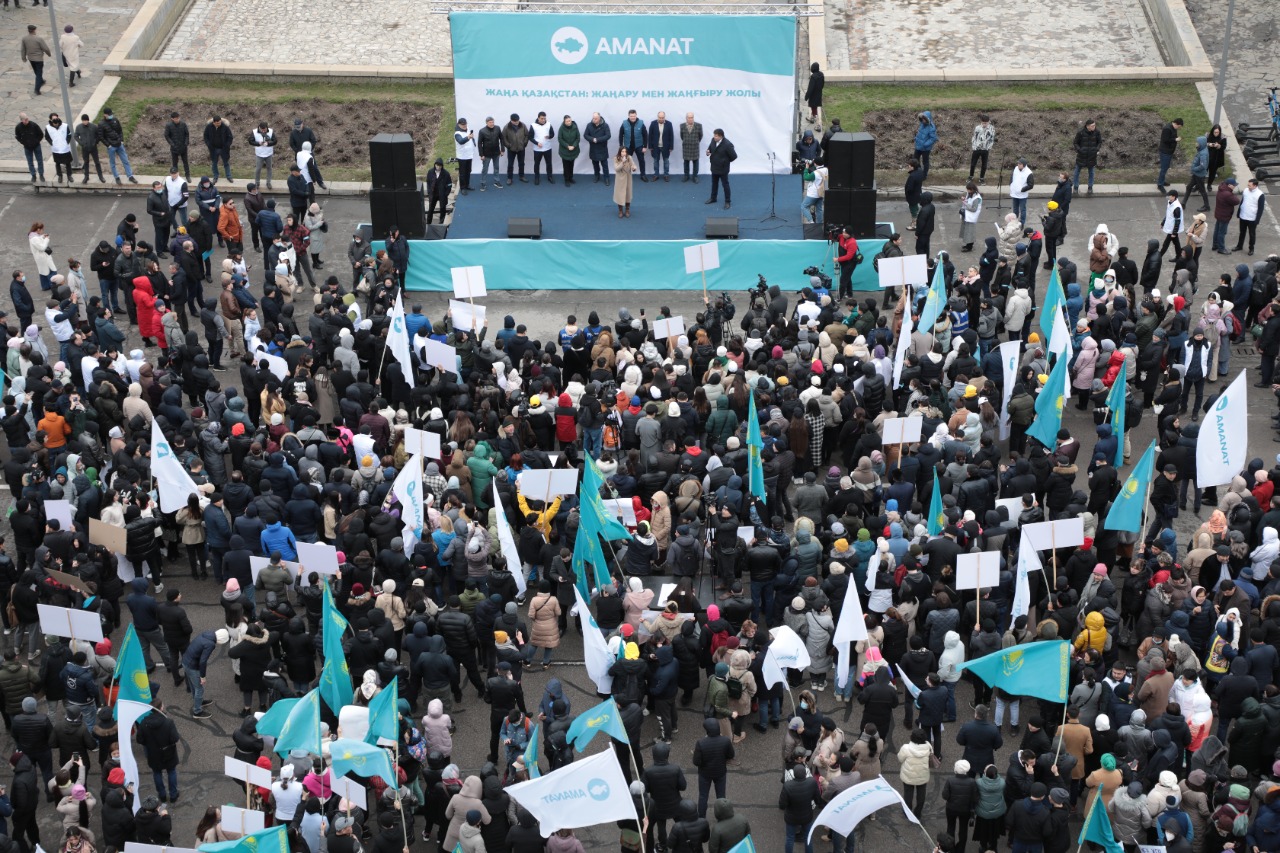 The decision to hold the party’s meeting ahead of the schedule was made by its chair and the country’s President Kassym-Jomart Tokayev on April 21.

“It will bring together delegates from all regions. Congress will be held in an online format,” wrote Amanat Party Executive Secretary Askhat Oralov on his Facebook. According to him, 403 delegates from across the nation are expected to take part in the virtual congress.

The congress is also expected to discuss the party’s ongoing transformation, which was raised by Tokayev during his April 20 meeting with the party’s executive secretary. At that meeting, Oralov told about the party’s meetings with the public in Almaty, Shymkent, Turkistan, and East Kazakhstan regions as well as about the work of the nationwide mobile office that accepts the public.

Since its launch in March, the office has held meetings with citizens in six regions – Akmola, Karaganda, Pavlodar, Kyzylorda, North Kazakhstan, and Turkistan regions.

The work to update the key program documents, revise the implementation of the party’s election program, and run the Talqylau dialogue platform is ongoing.

“As you know, we have launched several dialogue platforms, including the Talqylau platform. The launch of mobile public reception offices is showing results – more than 2,000 citizens in remote villages have already contacted the mobile public reception offices. And by the end of June, we plan to cover all the regions of our country,” said Oralov.

The head of state emphasized the Amanat party has all resources to support people in resolving issues that concern them and in doing so, he stressed the need to empower regional branches of the party, where the dialogue with the public is most needed.