NUR-SULTAN – The Kazakh capital Nur-Sultan hosted an expert meeting on April 14 to discuss the country’s reforms under the Second Republic agenda. The meeting was convened on the Talqylau (discuss from Kazakh) dialogue platform of the Institute of Public Policy of the Amanat party. 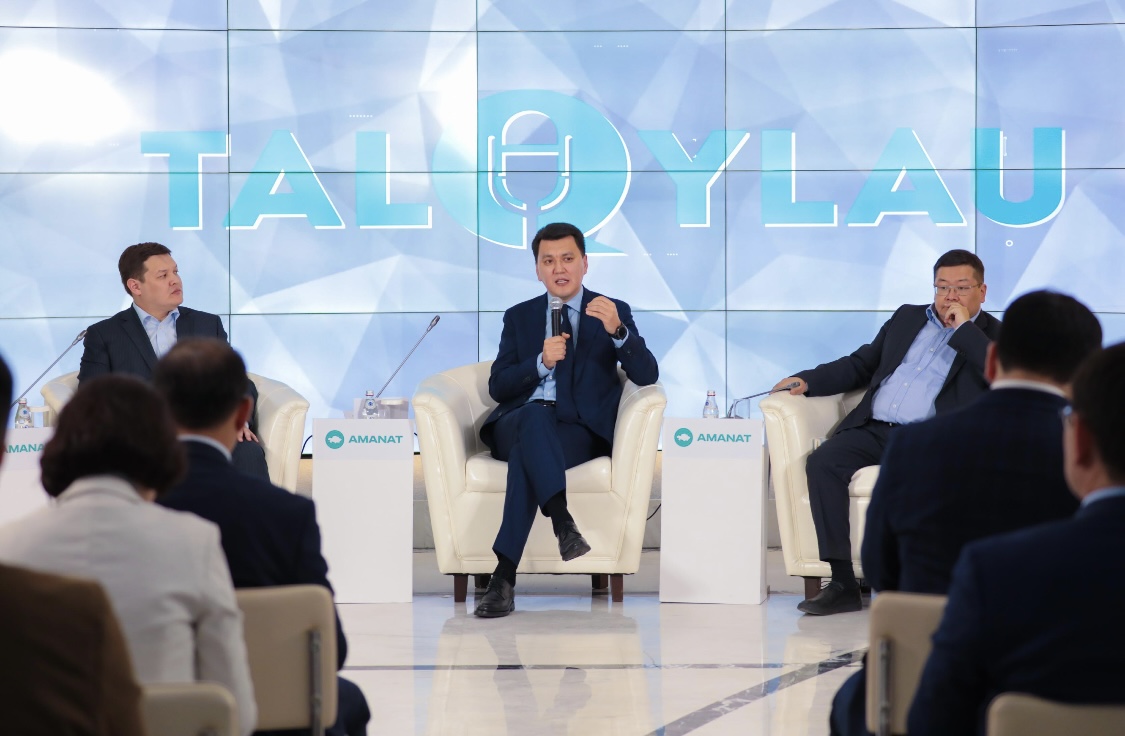 The initiative to create the Talqylau dialogue platform was announced at an extraordinary congress of Amanat party on March 1 as one of the points in the program of the transformation of the party. The main goal is to gather experts, parliament deputies, representatives of state bodies, and NGOs to develop proposals to address acute issues in the country.

The terms “New Kazakhstan” and the “Second Republic” have been used interchangeably when discussing the ongoing political and economic reforms in Kazakhstan. During the meeting, State Secretary Erlan Karin explained the difference between the concepts, noting that the Second Republic represents a change in the model of public administration, involving a more effective balance between the institutions of power.

“If New Kazakhstan – is a broader ideologeme, carrying a broad social transformation, the Second Republic is a change in the state model. That is, in the first case it is a substantive process and in the second – institutional. And considering that the President voiced new specific political initiatives in his message on March 16, and their implementation has almost begun, we can say that the transition to the Second Republic will take place in the near future,” said Karin.

Building a New Kazakhstan is about the need to update social values and the formation of new values, entailing a longer and deeper process. But the Second Republic refers to the ongoing changes in the model of public administration, as well as the paradigm of state and social development.

According to Karin, Kazakhstan will institutionally strengthen the system of checks and balances and promote the formation of new political culture.

Addressing the meeting, Amanat party Executive Secretary Askhat Oralov said the transformation of the country’s political system goes hand in hand with the modernization of the party.

“Taking into account the liberalization of legislation, simplification of registration procedures for new parties, we can expect the emergence of new players in the party-political field of the country. This situation is an opportunity for our party to prove its focus on long-term, responsible leadership and readiness to compete,” said Oralov.

During the meeting, the experts expressed high hopes for the reforms, yet time is needed to see how their real implementation will go.

“We can see how much the electoral system is being reformed during the presidency of Kassym-Jomart Tokayev. (…) It is a symbol not just of a change of ideology or concepts, but of the fact that we are indeed moving forward,” said Andrei Chebotarev, director of the Alternativa Center for Current Research.