Kazakhstan Doubles Funding for Science Programs in Past Two Years

NUR-SULTAN – Kazakhstan has doubled funding for science in the past two years while the country celebrated the Day of Science on Tuesday, reports the government’s press service. 84 billion tenge (US$183.7 million) of funding have been allocated in 2022. 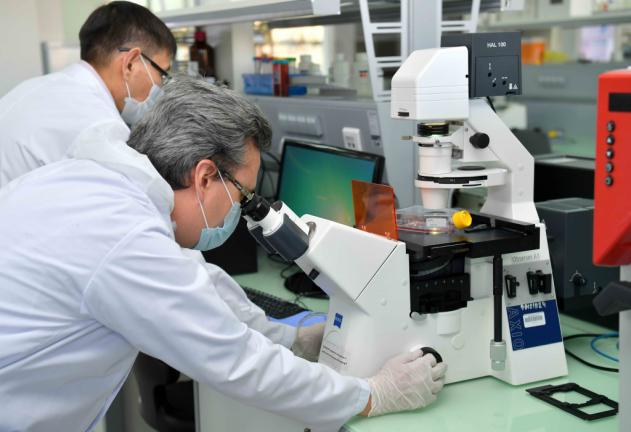 The development of science and research has been repeatedly voiced by President Kassym-Jomart Tokayev. In a state of the nation address back in 2020, he spoke about the role of science in helping the country prosper describing its development among the most important priorities.

Though there are multiple issues yet to be addressed though ensuring decent salaries for scientists has to be the most acute one.

“The main productive force of science are scientists and their creativity. I am convinced that any scientist should be sufficiently motivated, including both financial and moral aspects, when the status of a scientist in society is very high, when working in science is deemed honorable, prestigious, and worthily rewarded. It is gratifying that this is beginning to look like a reality,” said Zhanna Kurmangaliyeva, head of the science committee at the Ministry of Education and Science, in an interview with Kazinform news agency.

If previously the salary of scientists depended on their performance in scientific competitions, which used to be held once in three years, now they receive a stable salary regardless of it. Officials hope it will provide more incentives for scientists.

At the recent meeting of the budget committee in the government, the ministry proposed to increase the base financing of science by 2.5 billion tenge (US$5.5 million). It plans to direct these funds to provide salaries for more than 1,200 leading scientists across 74 research institutes.

Overall, since 2016, the total revenue from sales of innovative products has reached 16 billion tenge (US$34.9 million). Nearly 151 projects of commercialization have received funding through the country’s Fund of Science.

As the development of science has accelerated in recent years, comprehensive measures to support scientists, boost infrastructure development, and interdepartmental coordination of science are listed in one of Kazakhstan’s ten priority national projects.

As part of this effort, Kazakhstan seeks to increase the share of private co-financing for science work to 50 percent by 2025, and create five large research and production centers in IT, biomedicine, agro-industrial complex, green technologies, mining sciences, and metallurgy.

To boost private co-financing, which currently does not exceed 15 percent, there must be a system of state incentives in the form of preferences, long-term loans, and institutional support, according to Kurmangaliyeva.

“In general, the national innovation system should be built. And this is the work of not only the ministry of education and science. It is the work of all profile state bodies, local officials, science, and businesses,” she said.

The development of Kazakhstan’s own anti-COVID-19 vaccine has been the most significant progress that the scientific community has made in recent years.

“We can be proud of our own vaccine. This is a great achievement for our scientists. Our main goal is for domestic science to make a significant contribution to improving the quality of life of the people of Kazakhstan. All policy documents in the sphere of science are aimed at it,” said Kazakh Prime Minister Alikhan  Smailov at an April 12 government meeting.

The QazVac vaccine was developed by the Kazakh Biosafety Research Institute located in the Zhambyl Region. In September 2021, phase 3 trials were completed, and in August the results of phase 1 and phase 2 clinical trials of the QazVac vaccine were published in Lancet’s EClinicalMedicine journal.