By Zhanna Shayakhmetova in Conference on Interaction and Confidence Building Measures in Asia, International on 15 April 2022

NUR-SULTAN – The transformation of the Conference on Interaction and Confidence-building Measures in Asia (CICA) into a full-fledged international organization is a priority goal of Kazakhstan’s presidency in the organization. This was announced during the meeting of President Kassym-Jomart Tokayev with Executive Director of the CICA Secretariat Kairat Sarybay on April 14, reported the Akorda Press. 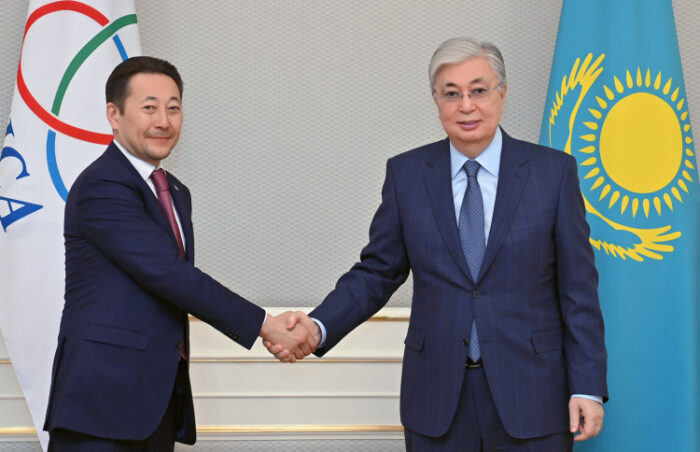 President Tokayev proposed transforming CICA into a full-fledged international organization during the meeting with the delegations participating in the meeting of Foreign Ministers in Nur-Sultan in October 2021.

Sarybay spoke about the preparation for the sixth CICA Summit which will be held on Oct. 12-13 in the Kazakh capital. He noted the important results of the meeting of the Senior Officials Committee held on March 30. The member states supported the proposals voiced during Kazakhstan’s Chairmanship in CICA and discussed prospects or a gradual process of transformation at the sixth CICA Summit.

The CICA Business Council and Business Forum will be held as part of the Astana Financial Days scheduled for June.

The sides exchanged views on the priorities of Kazakhstan’s Chairmanship in CICA and the progress of the implementation of confidence-building measures. They confirmed their intention “to work closely to promote the initiatives of the Kazakhstan’s Chairmanship across the CICA’s security agenda as well as to increase the visibility of CICA in the international arena,” according to the release.

The CICA’s establishment was proposed by Kazakhstan’s First President Nursultan Nazarbayev during his statement at the 47th session of the UN General Assembly on 5 October 1992, so this year the 30th anniversary of this important initiative for a consolidated platform of security dialogue in Asia is commemorated.