NUR-SULTAN – Kazakhstan’s Armed Forces officer and major Arman Tastanbekov has been deployed as a military observer at the United Nations Mission in Western Sahara (MINURSO), the country’s Defense Ministry announced on Tuesday. 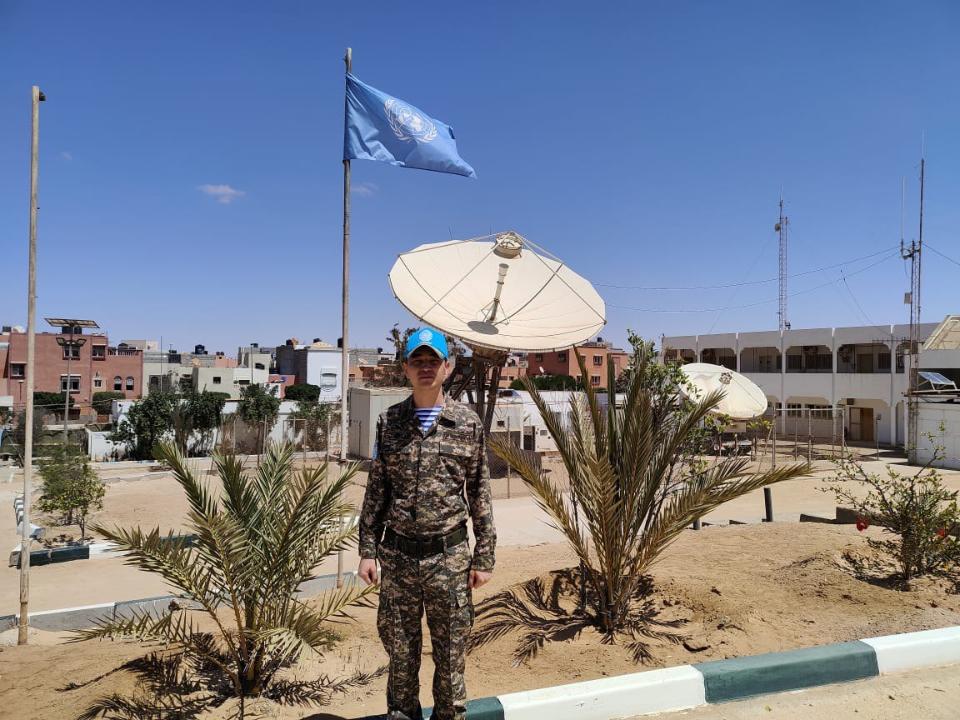 Tastanbekov, who served with the Kazakh peacekeeping mission in Lebanon from October 2018 to May 2019, will spend one year in the mission at one of the ten bases of the peacekeeper forces. In 2020, he passed the selection process to participate in UN peacekeeping missions as a military observer and UN staff officer.

He is currently undergoing registration and qualification tests at the mission headquarters in Laayoune and will assume his duties upon completion of the preparations.

Peacekeeping activity remains one of the most important directions in Kazakhstan’s foreign policy. In 2018, Kazakhstan deployed its first unit as part of an Indian battalion in UNIFIL (the United Nations Interim Force in Lebanon). Besides UNIFIL, Kazakh peacekeepers also served in Tajikistan, Iraq, and Côte d’Ivoire.

The MINURSO was established by Security Council resolution 690 in April 1991 in accordance with settlement proposals by Morocco and the Frente Popular para la Liberación de Saguia el-Hamra y de Río de Oro (Frente POLISARIO). The settlement plan, as approved by the Security Council, provided for a transitional period for the preparation of a referendum where the people of Western Sahara would choose between independence and integration with Morocco.

MINURSO continues to monitor the ceasefire, reduce the threat of mines and UXOs (unexploded ordnance), and provide logistic support to the UNHCR (the United Nations High Commissioner for Refugees)-led CBM (Confidence Building Measures) with personnel and air and ground assets.