By Malika Orazgaliyeva in International on 2 November 2018

ASTANA – Kazakhstan’s first ever UN peacekeeping contingent that is part of an Indian battalion in the United Nations Interim Force in Lebanon (UNIFIL) arrived in Lebanon Oct. 31. The contingent will patrol areas, organise observer posts and supervise ceasefires. 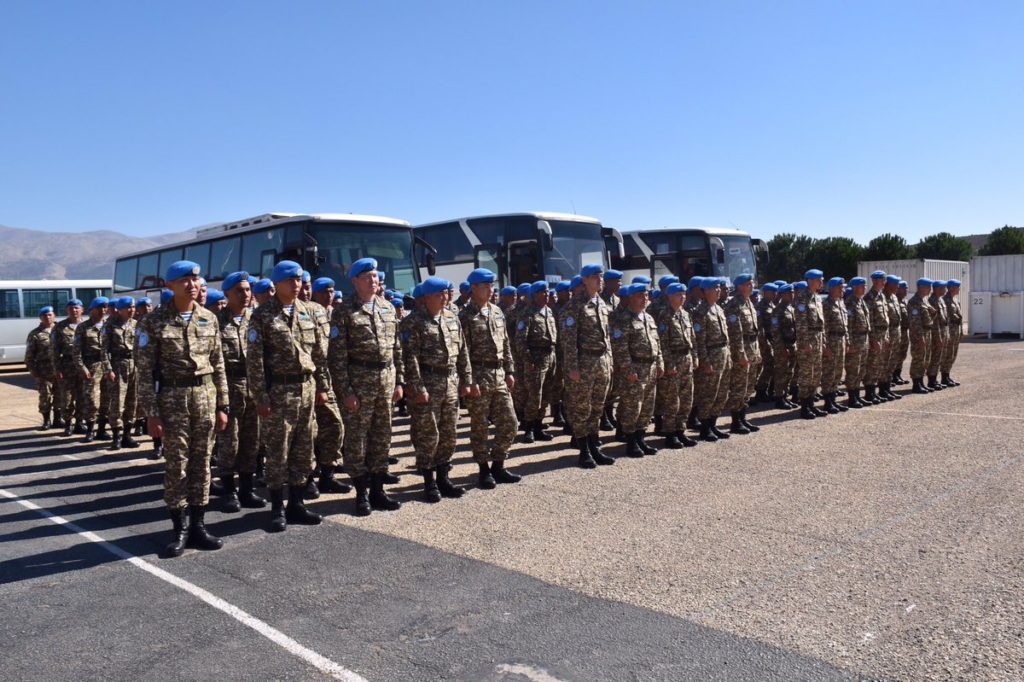 “We are proud to send Kazakhstan’s first contingent to serve for UN peacekeeping. One hundred and twenty Kazakh peacekeepers have deployed today in Lebanon starting their mission for UNIFIL with Indbatt. It is our next step and contribution to strengthening international security,” the Kazakh Mission to the UN announced via Twitter.

“Contributing to UN peacekeeping is a concrete demonstration of global solidarity and responsibility. I send the Kazakh contingent and all Blue Helmets my best wishes,” Secretary-General of the UN Antonio Guterres responded to the tweet welcoming the country’s service members.

The Kazakh Ministry of Defence released a statement saying the UN mission will help strengthen international security and demonstrates Kazakhstan’s position as a responsible member of the international community.

The memorandum provides for the joint deployment of the armed forces of the two states in the UN Interim Force in Lebanon, as well as the establishment of policies, procedures and agreements between the parties to plan and implement deployment, command and control and support the Kazakh peacekeeping contingent as part of the Indian battalion. It also delineates policies for training, rotation, protection of communications and information systems, medical and financial support.

India, as the lead nation, is providing command, control and battalion headquarters, three rifle companies, a mechanised infantry company, a headquarters company and a support company, for a total of 730 service members. Kazakhstan, as a supporting state, is providing a rifle company numbering 120 service members. The total number of the joint battalion is 850 people.

During their peacekeeping operation, the soldiers will receive a threefold financial allowance. The UN will also pay $1,428 per month to Kazakhstan for each soldier.

The deployment is part of efforts to expand Kazakhstan’s international peacekeeping involvement.