NUR-SULTAN – The economic cooperation between Kazakhstan and Uzbekistan can be increased to maintain the investment attractiveness of the countries, Kazakh Minister of Industry and Infrastructural Development Kairbek Uskenbayev said during the First Tashkent International Investment Forum, which was held March 24-26 in Tashkent. 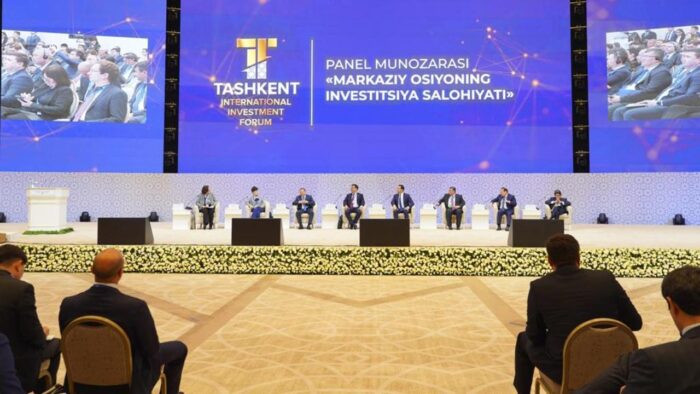 Uskenbayev called on the two countries to strengthen their intra-regional cooperation and to maintain economic growth in the Central Asian region during this period of radical transformation of the global economy.

At the forum, Uskenbayev proposed to focus on transport corridor development in Central Asia by tapping the potential of the Turkestan-Shymkent-Tashkent high-speed passenger railway project, which is being developed at this moment. A “Turan special economic zone” in Central Asia was also proposed as well as an international center for trade and economic cooperation to focus on the processing of agricultural products, woodworking, the production of machinery, electronics, textiles and building materials. Initiated by President Kassym-Jomart Tokayev, the projects will develop cross-border trade and logistics infrastructure and interregional production cooperation.

The minister also spoke about Kazakhstan’s initiatives in the field of investment policy. Overall, 27 industrial zones and 13 free economic zones have been launched in the country.

Currently, Kazakhstan and Uzbekistan have been implementing five projects worth $55 million in the mechanical engineering and construction industry. This includes the production of cars and tractors in Kostanai, Howo trucks in Saran, the production of medical goods in Shymkent (Kazakhstan), and autoclaved aerated concrete in the Angren SEZ (Uzbekistan).

Six projects worth $348.5 million in the construction industry and mechanical engineering are expected to be launched.

“We held more than 50 bilateral meetings with Uzbek businesses at the forum in Tashkent. We discussed more than 10 new projects for further development and implementation,” said the minister.

Kazakhstan is one of the five major foreign economic partners of Uzbekistan. More than half of the goods included in the foreign trade turnover (more than $10 billion) of Uzbekistan pass through Kazakhstan.

Kazakhstan’s exports to Uzbekistan increased by 33 percent and reached $2.8 billion recently. Imports from Uzbekistan to Kazakhstan amounted to $1.1 billion in 2021.

President Tokayev and President of Uzbekistan Shavkat Mirziyoyev agreed to bring the trade volume up to $5 billion and then up to $10 billion in the near future during Mirziyoyev’s visit to Kazakhstan on Dec. 6, 2021.

Uzbekistan will establish a zero rate of import customs duties on a number of consumer goods, including food products. This will also increase mutual trade.