NUR-SULTAN – A new park will be built on the site of the Presidential residence in Almaty, which was completely destroyed during looting on the night of January 5-6, said the President’s spokesperson Berik Uali. 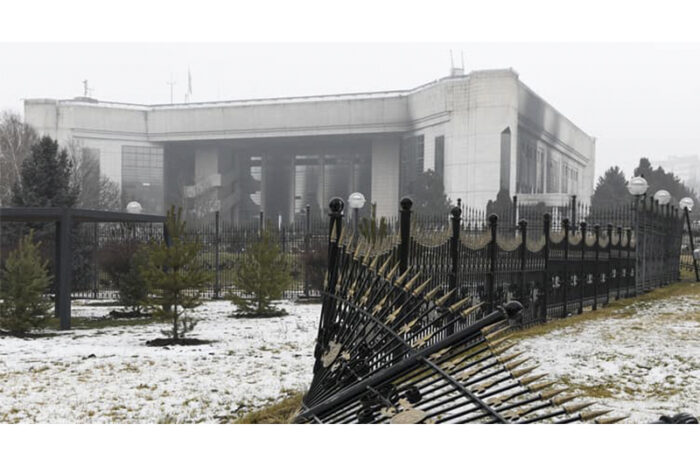 The building of the Presidential residence in Almaty. Photo credit: Kazinform.

“According to President Kassym-Jomart Tokayev’s decision, the official residence in Almaty destroyed by bandits and terrorists, will be demolished. A square will be set up there,” Uali wrote on his Facebook.

The residence was among the buildings damaged during the mass riots in the city. Earlier, it was announced the building would undergo major restoration after technical examinations.

The President instructed his government to thoroughly investigate the causes leading up to the events of January during the meeting with newly appointed Prosecutor General Berik Asylov on March 3, according to the Akorda. 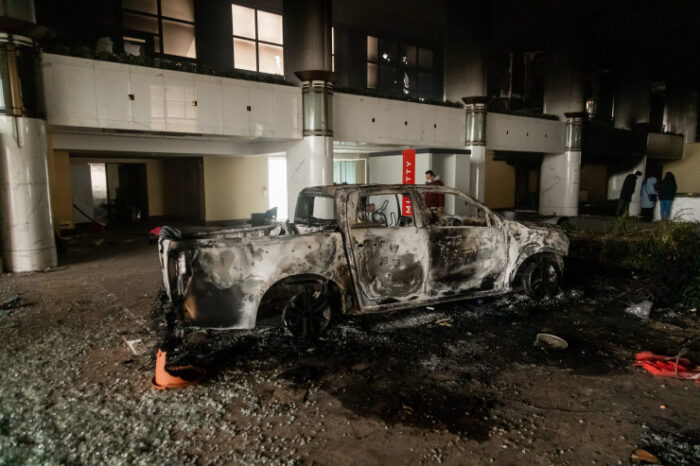 A car driven there by rioters burned down and exploded on the ground floor. The fire melted the steel structures of the upper floors. All ventilation, elevators, water supply systems have been damaged. Photo credit: Tengrinews.

Tokayev said that we need to ensure the rule of law and move forward with respect for the rights of citizens during the investigations. It is necessary to take measures to bring the perpetrators to justice, respond to incoming reports, and also keep people informed about the ongoing investigation.

The operational group has been investigating 3,666 cases linked to acts of terrorism, murder, theft of firearms and mass riots, reported the General Prosecutor’s Office on March 2. More than 4,000 people were injured during the January events, including 2,402 police officers and 990 military personnel involved in maintaining public order.

Some 101 criminal cases against 162 accused have gone to court. Some 62 persons have been sentenced.

The Ministry of Internal Affairs has been investigating 2,997 criminal cases. Some 194 persons are in custody, 152 of them were arrested for theft during riots, 22 for illegal possession of weapons and 24 individuals for firearm theft.

Some 1,502 businesses were attacked during the riots. The police have found and seized stolen property worth more than 288 million tenge (US$588,412). The police found 1,069 firearms and 21,759 rounds of ammunition.

The General Prosecutor’s Office strictly monitors the observance of the rights of people who are detained during and after the riots. Some 751 persons are in pre-trial detention centers. Measures are taken to address complaints about the conditions of detention.