By Staff Report in International on 16 February 2022 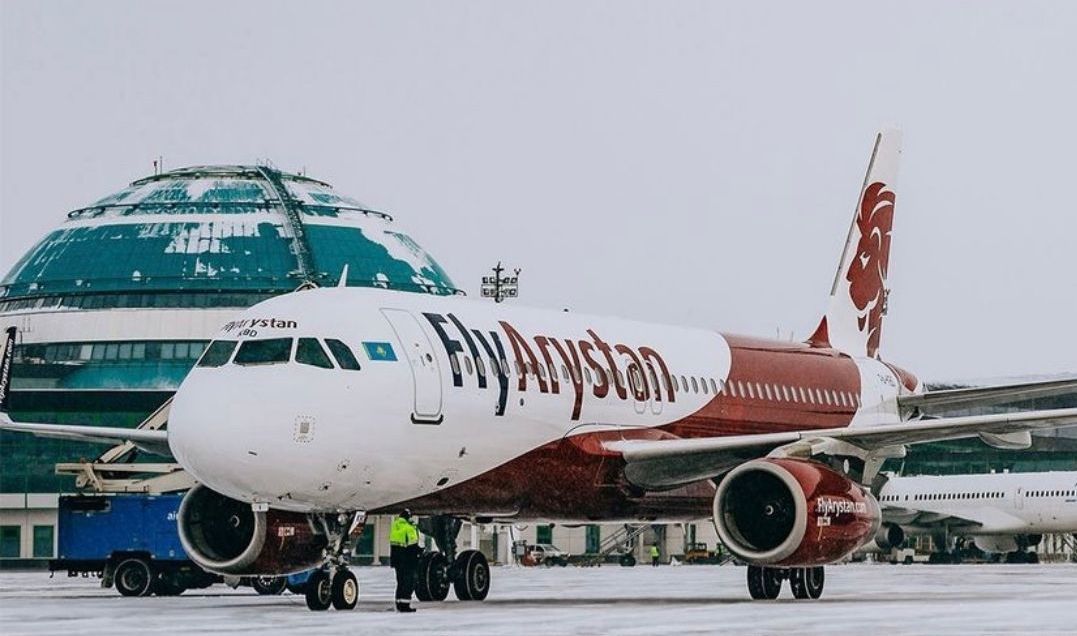 The flights will be operated with a frequency of two flights a week on Mondays and Fridays on an A-321 aircraft with strict observance of sanitary and epidemiological requirements and in accordance with the published schedule on the airline’s website. A one-way ticket starts at $22.

International and domestic air travel is gradually returning to normalcy

It is also reported that Jazeera Airways has increased the number of regular flights from Almaty to Kuwait since early February. The flights are operated on Tuesday, Wednesday and Sunday.

The Azerbaijani airline Azerbaijan Hava Yollary plans to resume regular flights between Aktau and Baku with a frequency of three flights per week (Monday, Wednesday and Saturday) from Feb. 18.

The Kazakh low-cost airline FlyArystan is expected to launch Nur-Sultan-Yekaterinburg flights from Feb. 26.

Lufthansa also resumed flights to Kazakhstan from Feb. 7. The Frankfurt-Almaty line is operated on Mondays and Thursdays, and Almaty-Nur-Sultan-Frankfurt flights are scheduled on Tuesdays and Fridays. Previously, Lufthansa suspended flights to/from Kazakhstan after unrest erupted in the country at the beginning of January.

Qatar Airways operates the Doha-Almaty-Doha route with a frequency of two flights per week. Flights are operated on Mondays and Fridays.

Air Arabia operates the Sharjah – Almaty – Sharjah route with a frequency of three flights a week on Tuesdays, Thursdays and Saturdays.

The network of domestic airlines has increased by 12 flights since the restoration of flights. Airlines now operate 57 domestic flights with a frequency of 605 flights per week.

The resumption of flights will lead to the increase in the number of tourists, said the Nur-Sultan city authorities. The stabilization of the epidemiological situation will also contribute to this.

“We expect that most of the tourists will come from neighboring countries such as Russia, Uzbekistan and European countries. Now flights with the United Arab Emirates have resumed. We expect that the flow of tourists will increase due to the increase in flights,” Deputy Akim (Governor) of Nur-Sultan Yerlan Bekmurzayev told Kazinform.

The number of tourists increased by 88 percent in the capital due to the development of domestic tourism in nine months of 2021. Foreign tourists come mostly from Russia, Turkey and Ukraine.

Kazakhstan recently introduced the bed tax and the Kids Go Free program to boost tourism. The Kids Go Free system provides free tickets for children aged 2 to 17 as part of a domestic tour package. The government will also allocate extra funds to travel companies for each foreign tourist to offset the costs of companies starting from Jan. 1.