President Tokayev on January Events: Efforts Must Be Focused to Separate Peaceful Protesters from Criminals

NUR-SULTAN – As Kazakhstan continues its investigation into the tragic events of January, the difficult task is to figure out who were peaceful protesters and who were criminals taking advantage of the unrest, Kazakh President Kassym-Jomart Tokayev explained in an interview to the Qazaqstan TV channel on Thursday. 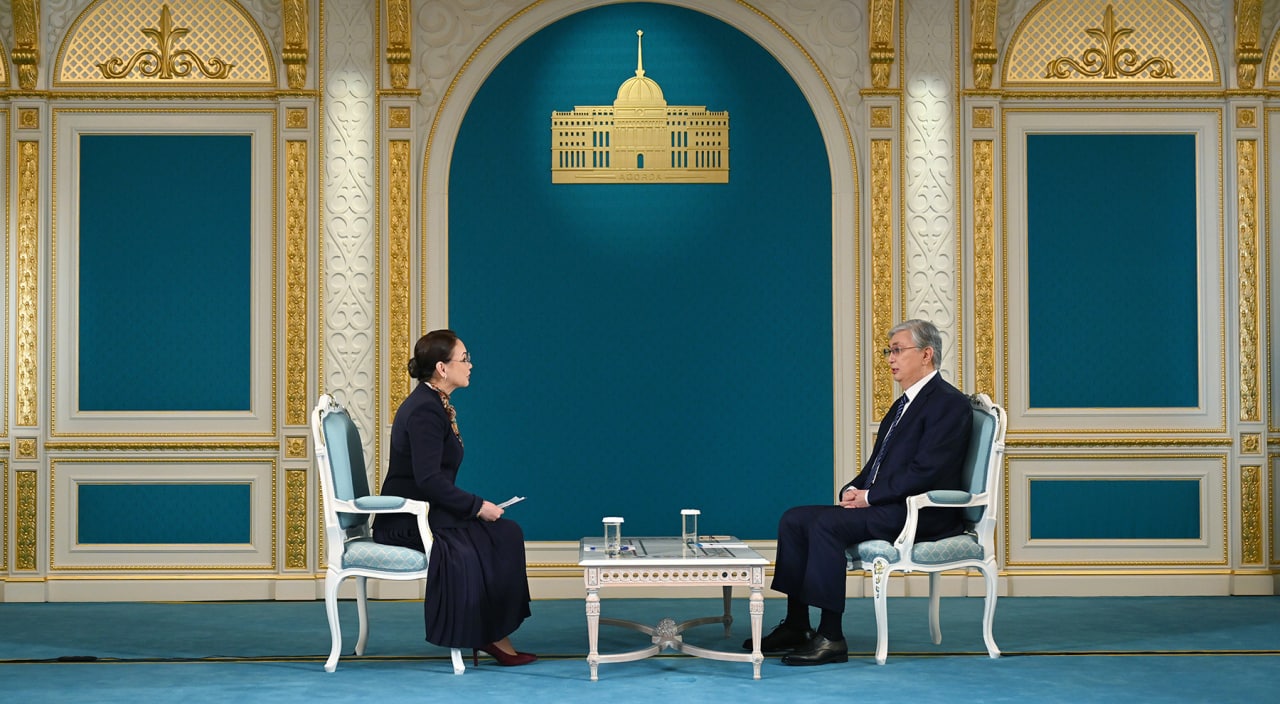 “This is a very complicated job, everything will become clear at the end of the investigation,” said Tokayev. “There were criminal groups in the epicenter of the January events, terrorists who had received special training and led bandits and criminals. But of course, civilians ended up there too.”

The results of the month-long investigation will be announced in March, his spokesperson Berik Uali said on Friday.

The January events continue to be an acute topic for the entire nation. Tokayev reiterated that it was a planned attack after criminal and terrorist groups hijacked the protests that began peacefully.

“In many regions of the country, people went to the squares to express their demands, discontent and protested. There were indeed no mayhem or criminal actions until the situation began to develop in a completely different direction,” Tokayev told the channel.

The protests that initially broke out against a hike in the price of liquid petroleum gas rapidly swept across the country hitting Almaty, the country’s largest city and most important business and financial hub, the worst. Hundreds of public and private properties were damaged and looted.

“At some point, real terrorists emerged on the square. The bandits stole thousands of weapons, which the police are still looking for. Unfortunately, not all the weapons have been found yet. And there is a possibility that they will be used again,” said Tokayev noting that there are still many questions that remain unanswered about who was involved in these events.

The country’s Prosecutor General’s office has 181 cases of mass riots and terrorism under investigation with a total of 3,096 pre-trial investigations. There are currently 741 suspects under court-ordered detention, including 113 previously convicted persons, 42 members of banned extremist movements, and 35 members of organized criminal groups.

Tokayev said that those behind the organization of the unrest had “personal motives” trying to reverse the course of reform charted by his government. “They opposed the President because the change might affect their personal interests,” he added.

At the same time, he reassured the country that the protection of human rights is a priority in the ongoing investigation. The public commission that includes Kazakhstan’s Human Rights Ombudsperson Elvira Azimova, well-known human rights activists Aiman Umarova, Zhemis Turmagambetova, and Abzal Kuspan, began its work to examine compliance with the law during the investigation of each case.

“We have no reason not to trust them. The state and law enforcement agencies do not interfere in their activities. I do not interfere either. Measures will be taken for each violation,” he said.

In the interview, Tokayev also spoke about the Collective Security Treaty Organization peacekeeping contingents that arrived in Kazakhstan on Jan. 6 to help protect strategic facilities.

Peacekeeping contingents from Armenia, Belarus, Kyrgyzstan, Russia, and Tajikistan were deployed first in the capital city Nur-Sultan and were later relocated to guard Almaty. The mission numbered more than 2,000 officers and 250 units of military equipment.

The CSTO troops withdrew from Kazakhstan on Jan. 19 after almost two weeks of their operation.

“This is not a decision to regret. On the contrary, I think this decision is absolutely correct. You have to understand that armed militants have defeated Almaty and threatened our other cities. And if a peacekeeping contingent had not been brought in on time, the terrorists would have captured other cities,” said Tokayev.

Addressing the rumors about the bloc and the relations between Kazakhstan and Russia, Tokayev said that it was in Russia’s interest to ensure stability in Kazakhstan.

“Kazakhstan and Russia are strategic partners, and there should be sincere friendship and mutual trust. A different policy could harm the strategic interests of both countries. This does not mean that we are indebted to anyone. Kazakhstan is a sovereign state,” he said.