NUR-SULTAN – The Prosecutor General’s Office continues to investigate crimes committed during the January events with a total of 3,096 pre-trial investigations, said Yeldos Kilimzhanov, deputy head of the first services of the Prosecutor’s General Office at a press briefing late on Wednesday, Feb.16. 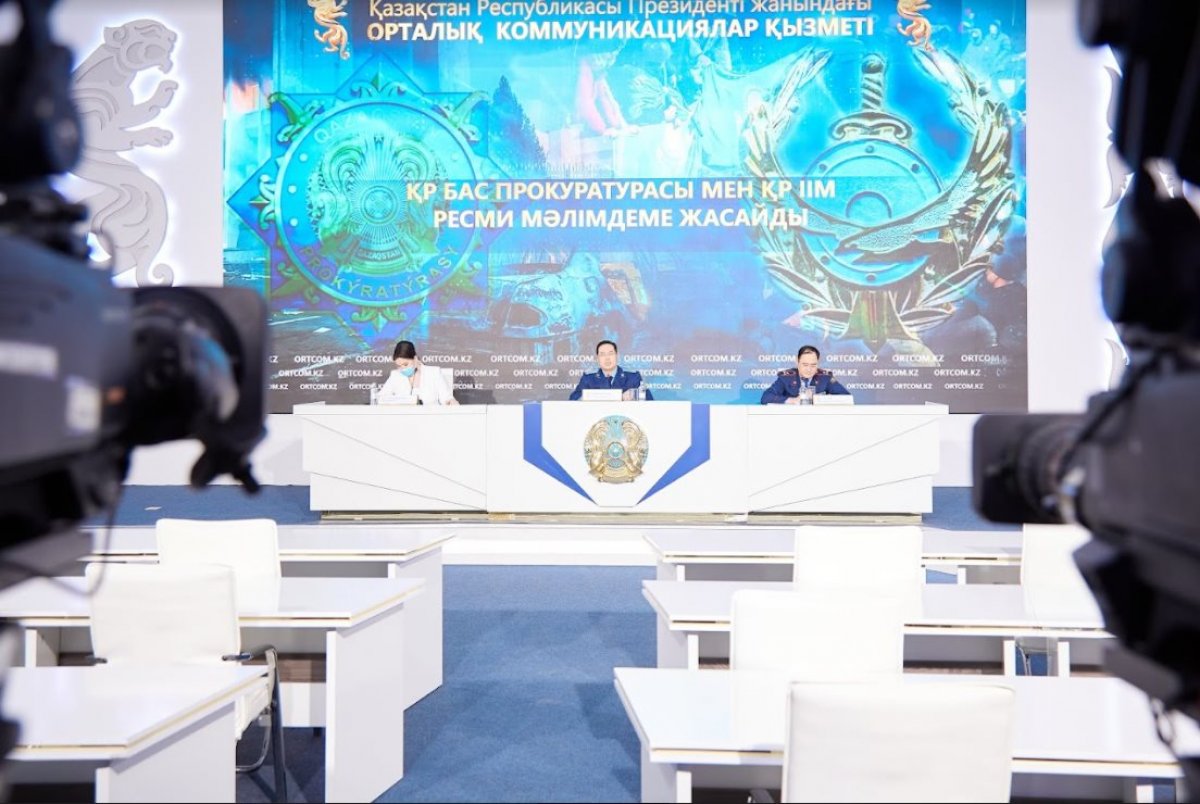 Kalimzhanov and Adilov during the press briefing. Photo credit: ortcom.kz

An interdepartmental investigation team led by special prosecutors is also investigating 181 cases of mass riots and acts of terrorism.

“According to the Criminal Code, mass riots are accompanied by the use of violence against citizens, looting of businesses and private property, and armed resistance to representatives of the authorities. However, certain individuals purposely acted to sow panic and fear among the population and to paralyze the activities of state bodies. For this purpose, they attacked akimat (city hall) buildings, as a symbol of state power, and also blockaded and stormed law enforcement facilities,” said Kilimzhanov noting that these acts are qualified as acts of terrorism under article 255 of the Criminal Code. 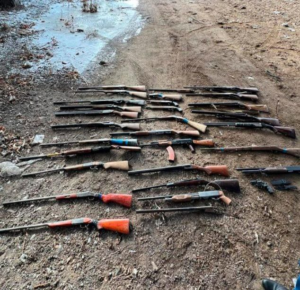 There are currently 741 suspects under court-ordered detention, including 113 previously convicted persons, 42 members of banned extremist movements, and 35 members of organized criminal groups.

The investigation also identified two foreign nationals who participated in the mass riots in Almaty and in the seizure of the city’s akimat building on the night between Jan. 4 and Jan. 5, according to the Feb. 15 statement of the Prosecutor’s General Office.

“We have studied the personalities and made a general portrait of all the people arrested in Almaty. Most of them were young people under the age of 30 with no higher education and no permanent job,” said Kilimzhanov.

Suspects under investigation were also found attacking law enforcement buildings with the intent to steal military weapons. In the Almaty Region alone, which suffered the most from mayhem, 53 automatic rifles, 367 pistols, 1 grenade launcher, and over 23,000 cartridges were stolen from the regional police department.

According to Sanzhar Adilov, head of the investigative department at the Ministry of Internal Affairs, 13 criminal cases are being investigated for spreading deliberately false information.

“In these criminal cases, two suspects were arrested and two more were placed under house arrest. For example, during the mass unrest in Kostanai, a citizen was detained who spread false information in the Telegram messenger on his own behalf that military officers had taken the side of the protesters. At the same time, he posted two text messages on behalf of the officer, stating that they would not detain anyone and urged everyone to come to the rally,” Adilov told the journalists.

He also reiterated that the peaceful rallies were hijacked by criminal groups and terrorists to destabilize the situation in the country describing it as a “hybrid attack technology.”

“The elaborate plan included the organization of a peaceful rally, and under this pretext, the entry of combat groups into the city and the awakening of sleeper cells (referring to a terrorist cell whose members work undercover in an area until sent into action). It was an attempt of open-armed seizure of power in the country, which is confirmed by simultaneous attacks in many cities and seizures of buildings of akimats and police,” said Adilov.