By Zhanna Shayakhmetova in International on 7 February 2022

NUR-SULTAN – Kazakhstan and China have built a foundation for a true strategic partnership in all areas of cooperation over the 30 years of diplomatic relations, said President Kassym-Jomart Tokayev during his meeting with Chinese President Xi Jinping at the Great Hall of the People in Beijing on Feb. 5, reported Akorda. 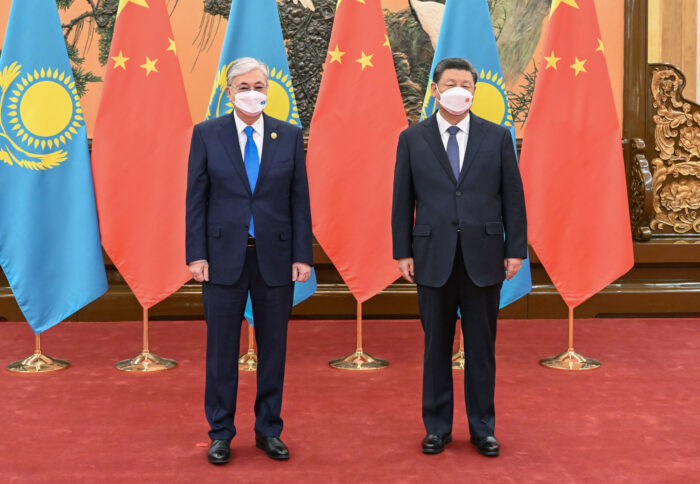 Tokayev also expressed readiness to strengthen Kazakh-Chinese relations based on friendship, good neighborliness and mutual respect. To mark this, the Kazakh President invited Xi Jinping to pay a state visit to Kazakhstan in September of this year.

Despite the pandemic, bilateral trade between two countries increased by 15.2 percent and reached $18.2 billion in 2021.

The implementation of the Belt and Road initiative is a priority task for Kazakhstan. Cooperation in digital technologies, transport and logistics are also vital.

A Chinese cultural center in Kazakhstan is planned to strengthen cultural ties. 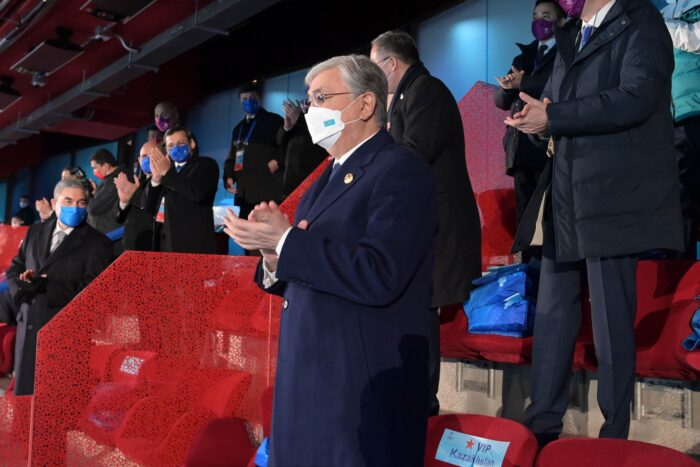 President Tokayev also took part in the opening ceremony of the 24th Winter Olympics at the Beijing National Stadium on Feb. 4.

The Chinese President noted that the meeting opens a new golden 30th anniversary of relations between Kazakhstan and China.

Xi Jinping said that the cooperation as part of the Belt and Road Initiative has been successful over a nine-year period. Agriculture, green energy, artificial intelligence, finance and e-commerce are now promising areas for cooperation.

Kazakhstan will become a powerful and prosperous country under the strong leadership of Tokayev, said Xi Jinping. He praised Tokayev’s activities as part of the The Conference on Interaction and Confidence-Building Measures in Asia (CICA) and other initiatives to ensure regional security. 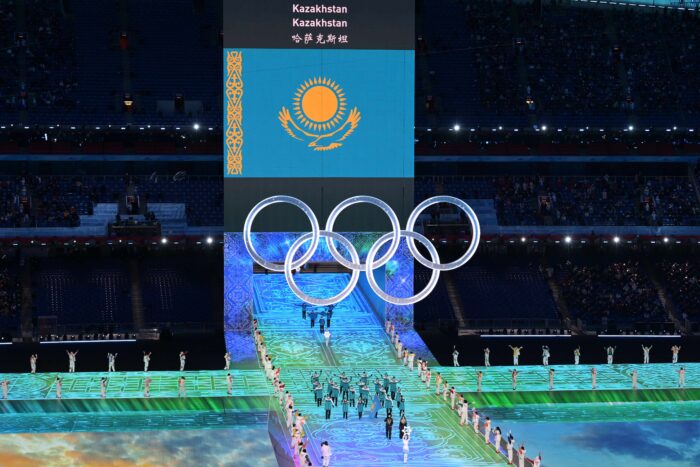 As part of his visit to China, President Tokayev also took part in the opening ceremony of the 24th Winter Olympics at the Beijing National Stadium on Feb. 4.

Short-track athlete Abzal Azhgaliyev and speed skater Yekaterina Aidova were the flag-bearers of Kazakhstan. The national team consists of 34 athletes, who have won 87 licenses.