By Saniya Bulatkulova in Nation on 10 February 2022

NUR-SULTAN – Kazakh Majilis (lower house of Parliament) deputy Edil Janbyrshin addressed the issue of punisnhment for police officers, who are suspected of torturing participants of January protests at the plenary session on Feb. 9, reported BaigeNews.kz. 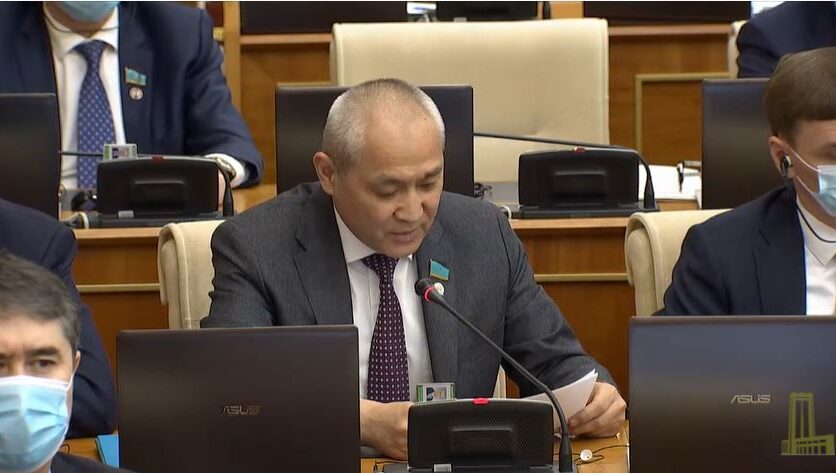 According to the Ministry of Internal Affairs, 2,750 criminal cases resulting from January events are under investigation, while 800 people have been arrested. “Meanwhile, people complain about illegal detention, harsh treatment and even torture,” he said.

The General Prosecutor’s Office reported that 148 complaints were submitted about the alleged use of unlawful methods of investigation and abuse of power and 105 criminal cases have been filed.

He also noted that citizens of the Mangystau region recorded a video message, where they informed Kazakh President about the violation of the human rights of their detained relatives.

In his remarks, Chindaliyev said that the General Prosecutor’s Office has taken several measures since riots began, including providing medical assistance to injured persons and a review of received complaints.

According to him, prosecutors have already released 96 people from temporary detention facilities.

“We have received 250 complaints on illegal investigative actions, and filled 133 criminal cases. These cases are closely monitored by prosecutors during the investigation phase. As an investigating prosecutor has been appointed for each case, none of them will be overlooked,” Chindaliyev noted.

As he concluded, officials will continue their investigative work.