By Zhanna Shayakhmetova in Nation on 11 January 2022

NUR-SULTAN – The main phase of the anti-terrorist operation has been completed, Kazakh President Kassym-Jomart Tokayev said at the plenary session of the Majilis, the lower house of Parliament, on Jan. 11. 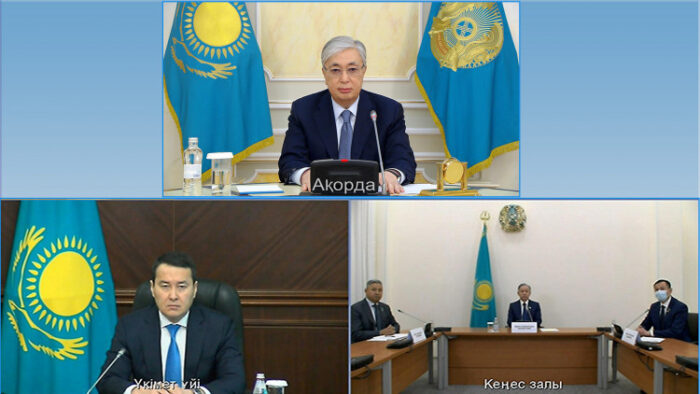 The plenary session of the Majilis, the lower house of Parliament, was held via videoconference format. Photo credit: Akorda.

The situation has been stabilized in all regions.

The law enforcement agencies, the national guard, and the army are carrying out large-scale and well-coordinated efforts to restore law and order after the terrorist attacks in Almaty and some other regions. Kazakhstan announced a state of emergency to ensure public safety and protect the rights and freedoms of the people from Jan. 5 to Jan. 19. 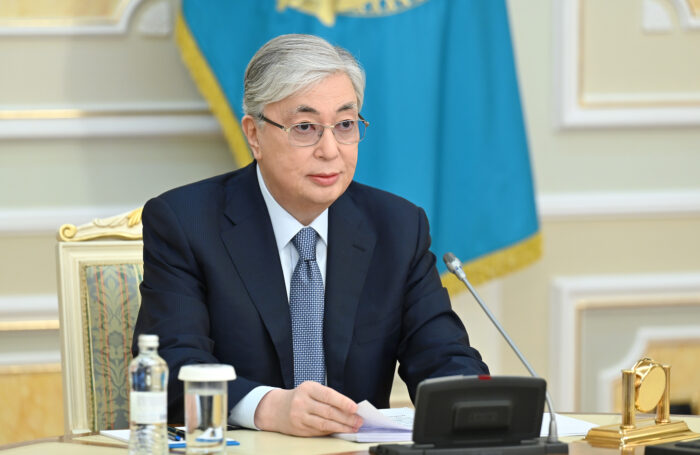 Kazakhstan experienced armed violence and terror attacks, said Tokayev. “At first, protests took place in the regions, in particular in Zhanaozen. At the second stage, criminals and marauders stormed the city. Then, armed terrorists including foreign militants attacked. Their key goal was to attack the administrative buildings, undermine the constitutional order, and plan an attempted coup d’etat,” he said.

Now it is important to identify who was behind the terrorist attacks. A special operational group will investigate the case and disclose all the causes and details of the tragic events.

A special operations command will be created to increase the effectiveness of the military forces. All the bodies have one main mission: to protect people and the constitutional order.

The new reforms in the law enforcement system will be on the agenda at the meeting of the Security Council in the near future.

The President also put forward the task to the National Bank and the Atameken Chamber of Entrepreneurs to develop measures to control inflation with the target corridor of 3-4 percent by 2025.

The measures include the reduction of import dependence, excess intermediation, and monetary policy instruments.

Tokayev said that all the necessary conditions have been created to attract foreign direct investment. “We are interested in maintaining a favorable investment climate. The government will take all the necessary measures to rebuild the confidence of domestic and foreign investors. All obligations and guarantees to investors will be fulfilled. A new Investment Policy Concept is necessary to increase the country’s attractiveness in light of strengthening environmental, social, and governance (ESG) requirements – global energy and technological transition,” he said.

Newly appointed Prime Minister Alikhan Smailov will prepare the government’s action program for 2022 within three weeks, which will be presented at the extended meeting in early February.

Tokayev reminded everyone that the fight against COVID-19 remains a key priority as the country now observes a surge in cases.

Also, Tokayev announced plans to create a public social fund “For the People of Kazakhstan” to solve social issues.

The fund will not operate under the President’s administration or government. A supervisory board will be formed to ensure the transparency of its activities.

“The attacks on our cities, families, and friends showed how fragile the main values of our country – peace and stability. The state and people are united. These concepts are impartible when it comes to the security of the country,” he said.