NUR-SULTAN – Kazakhstan’s well-known disability rights activist Lyazzat Kaltayeva was appointed a deputy of the Senate, an upper house of the Kazakh Parliament, based on a Jan. 28 presidential decree. 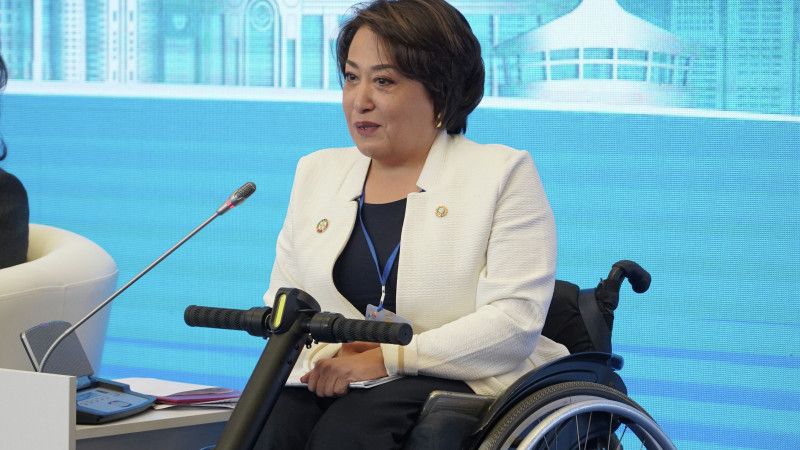 Kaltayeva will become the first deputy in the Senate to represent the country’s more than 700,000 population or persons with disabilities.

Lyazzat Kaltayeva has been a deputy in the Almaty maslikhat (local government) since 2016 and heads the Shyrak Association of Women with Disabilities.

The organization’s activities cover more than 50 projects across four strategic areas. These include encouraging greater involvement of women with disabilities through their education and social inclusion, consolidating the efforts of similar organizations in Kazakhstan and Central Asia, promoting the interests of women with disabilities in all advisory bodies and changing attitudes within the country’s population.

“I was seven years old when I suffered a spinal cord injury in a car accident. Like many children with disabilities at that time, I studied at home. Thanks to my family, I received a good education, had the desire to live a full life and the desire for lifelong learning. But only now do I realize how many barriers my family had to overcome for me to be able to study, work, communicate and have a family,” said Kaltayeva in an interview to The Astana Times in November 2020.

One of the legacies inherited from the country’s Soviet past is a mindset that frames disabilities as illnesses to be either treated or if not, hidden away. During Soviet times, it was common to send disabled children and adults to special schools or institutions, where their isolation from the outside world only became greater.

“During the difficult 1990s, people with disabilities felt particularly isolated, helpless, and lacking support, and it was then that we began to gather people to communicate, share experiences and find solutions to our problems. We were changing, but the situation did not change, the attitude within society was still based on the charity and medical models, while we no longer wanted to feel like just recipients of social assistance. We wanted to be a full part of society,” she said.