NUR-SULTAN – Forty-four terrorism cases related to the recent attacks in some regions are under investigation, the General Prosecutor’s Office reported on Jan. 13. 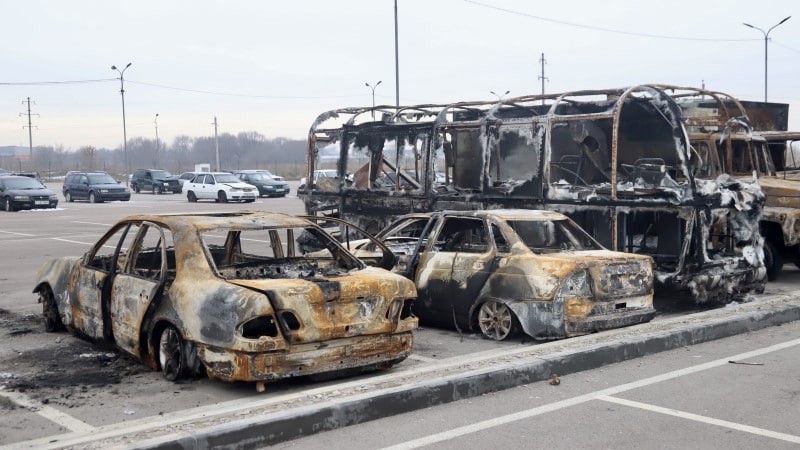 The anti-terrorist operation continues in Almaty, the Almaty and Zhambyl regions.

It is reported that the investigation teams are currently reviewing 494 criminal cases, including 44 terrorism cases, 34 cases of mass riots, 15 cases of homicide and other cases.

For offenses committed during the state of emergency, 6,966 protocols for administrative proceedings have been prepared, 4,918 people have been subjected to various forms of administrative responsibility, including 1,978 people who have been arrested. Fines were imposed on 791 persons and 2,149 persons were issued warnings. Some 2,048 cases are now pending in the courts.

The General Prosecutor’s Office has been working on the investigation of all causes and details related the tragic events in Almaty and terrorist attacks in other regions as part of the instruction of President Kassym-Jomart Tokayev.

Law enforcement agencies are taking measures to identify and punish the perpetrators of these terrorist acts, to fully restore public safety in the country.

The incidents involving civilian casualties are of special importance.

“All persons who are brought in or detained are guaranteed their constitutional right to defend and to have qualified legal assistance. The General Prosecutor’s Office appeals to people to observe the rule of law, not to fall for fake news and trust only official sources of information,” reads the release.

As a result of terrorist attack, more than 1,600 law enforcement officers have been injured, 18 officers killed and two people were decapitated. The total number of casualties across the country is being established.

Some 600 vehicles have been burned.