By Saniya Bulatkulova in Society on 13 January 2022

NUR-SULTAN – People in Kazakhstan are establishing voluntary clubs and working together nationwide to clean up their cities, assist the national guard in patrolling, and help those in need after street battles between terrorist forces and government forces shook the country. 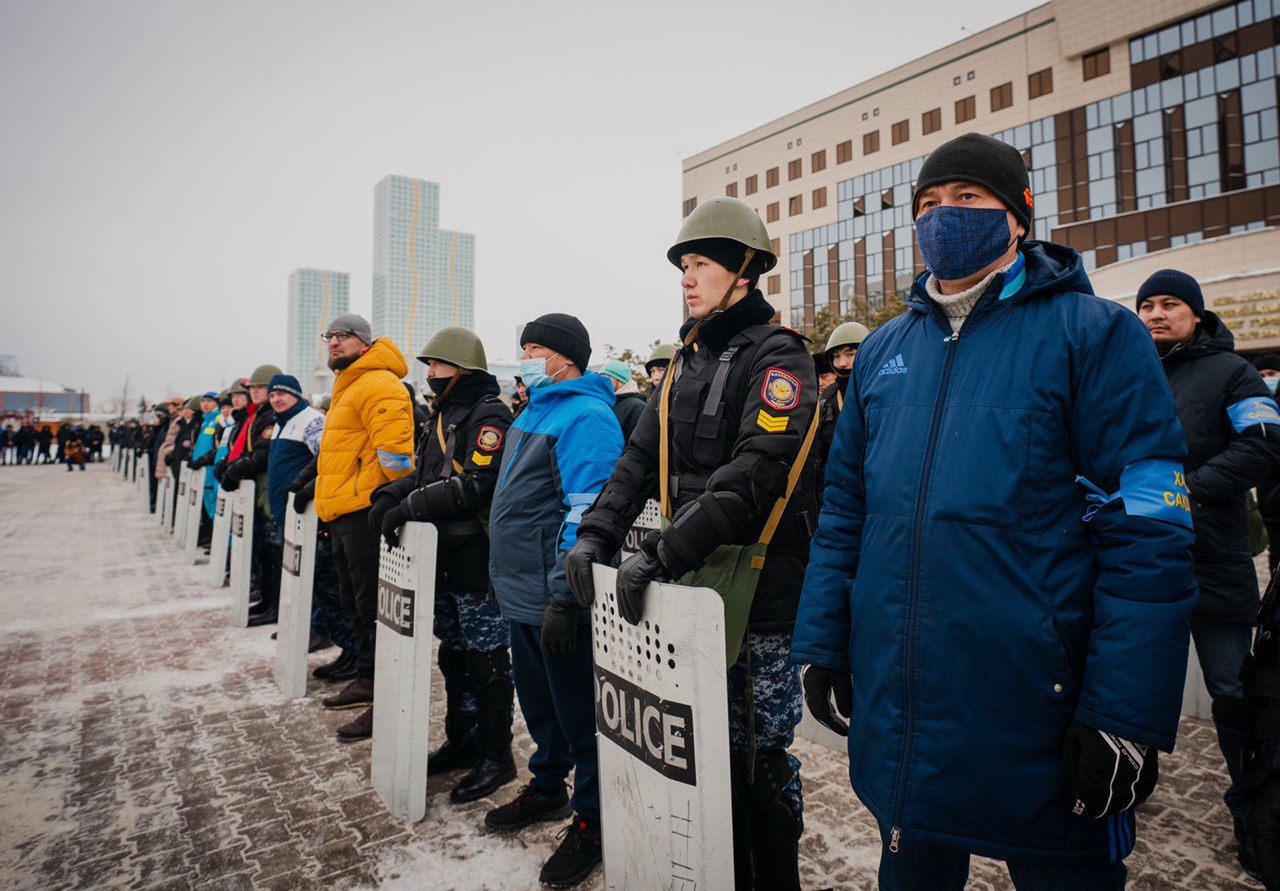 According to Orda.kz information and analytical portal, people in the capital city Nur-Sultan set up a volunteer headquarters consisting of 10 people, whose members cooked food for soldiers and police officers protecting the city.

“We cook from 10 a.m. to 2 p.m., then start delivering food from 1.30 p.m. We also deliver socks, insoles, and after picking up thermos flasks we are able to provide soldiers with hot tea. We give them sore throat pops and sprays of meds, and cook some snacks,” said Olga, one of the volunteers, in her interview to Orda.kz.

In their turn, other 500 city residents, including athletes, entrepreneurs, teachers, and volunteers, established Halyk Sakshysy (People’s guardian) patrol squads to assist law enforcement agencies in maintaining order in the country, reported the press office of the city administration. 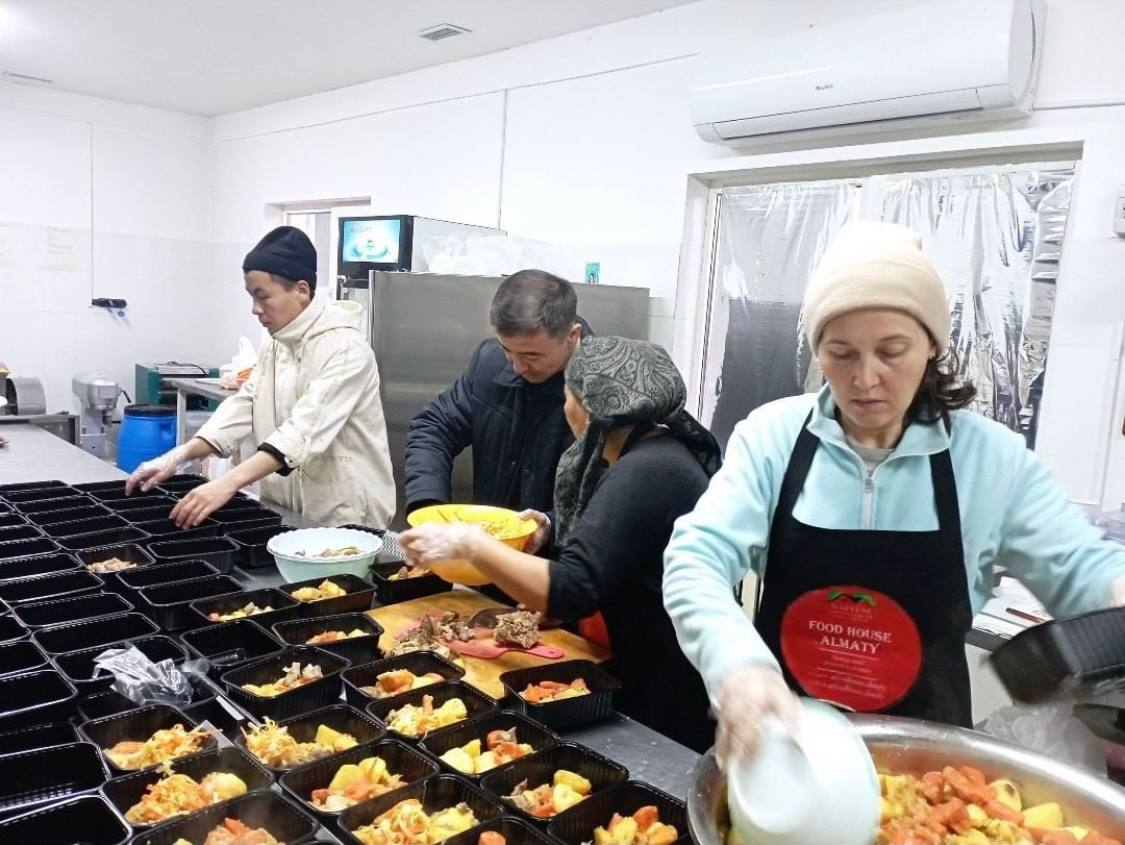 “We all see what is going on in our country. Peaceful demonstrations turned into massive acts of looting and violence. We are worried about our city, our country, therefore we gathered to protect our city from possible breach of law and peace,” said local entrepreneur Alibek Mukatayev.

A group of teachers from the Pavlodar Region decided to join the volunteer effort and also established a voluntary guard, according to the Ministry of Information and Public Development.

There are nearly 400 groups, consisting of 1,200 people, who gathered to maintain order on the territory of schools, pre-school facilities and specialized secondary educational institutions.

“There are only men among volunteers, who work at these schools, colleges, lyceums, and gymnasiums. They protect their schools, nearby kindergartens and children’s clubs with different classes from looters, robbers and bullies,” reads the release.

Similar groups were established in Almaty by sports veterans. Headed by Daulet Turlyhanov, who recently became the President of the Greco-Roman, Freestyle and Women Wrestling Federation, a group of athletes secures the city’s socially significant facilities and talks to young people to prevent them from joining the terrorists. 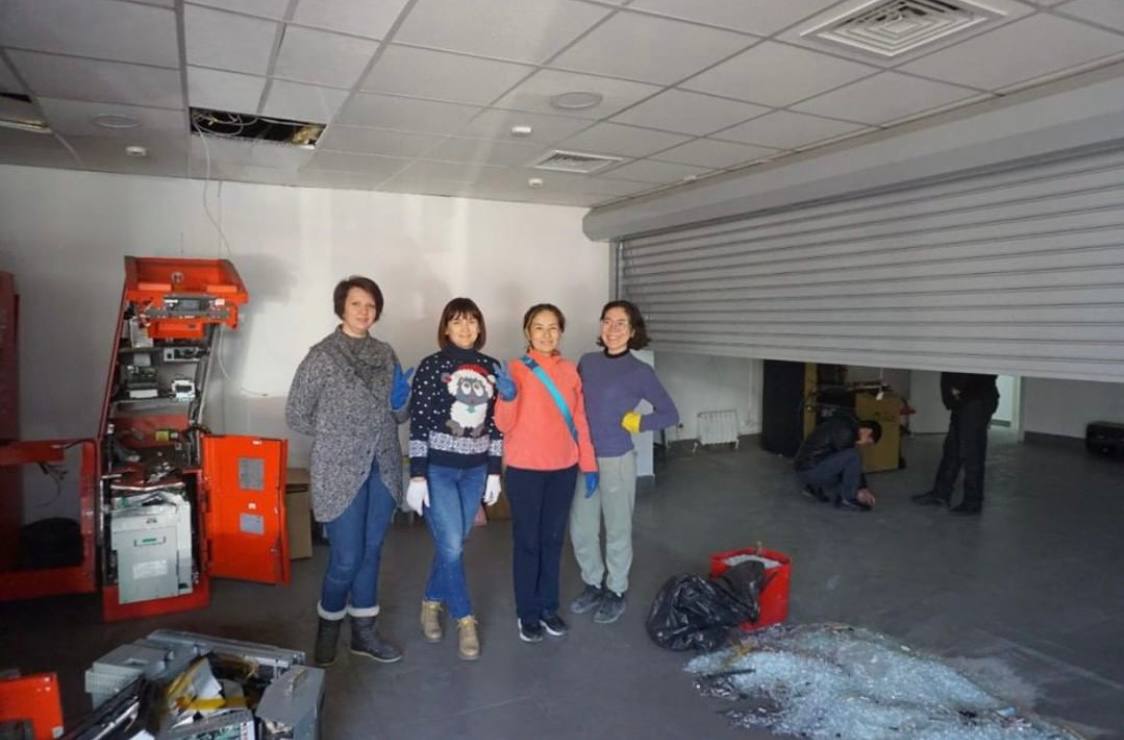 Founder of Top.kz cleaning company Almas Kebekbayev organized a volunteer club consisting of his company’s employees to help clean up the city after riots, while chefs at the Rahym social house make dinners for military and employees of utility services. They make approximately 2,359 meals per day.

Some volunteer groups participated in restoring destroyed buildings, delivering food and necessary items to vulnerable groups of people, and therapists are providing free psychological counseling in other regions.