Almaty is My Hometown: President Tokayev Shows Solidarity With Violence-Shocked Citizens During Visit

NUR-SULTAN  – The past week for Kazakhstan and its largest city and important business, financial and cultural center Almaty was turbulent. But after almost a week of living in fear and uncertainty after a terrorist group attacked the city, citizens and the state are doing their best to rebuild the city. 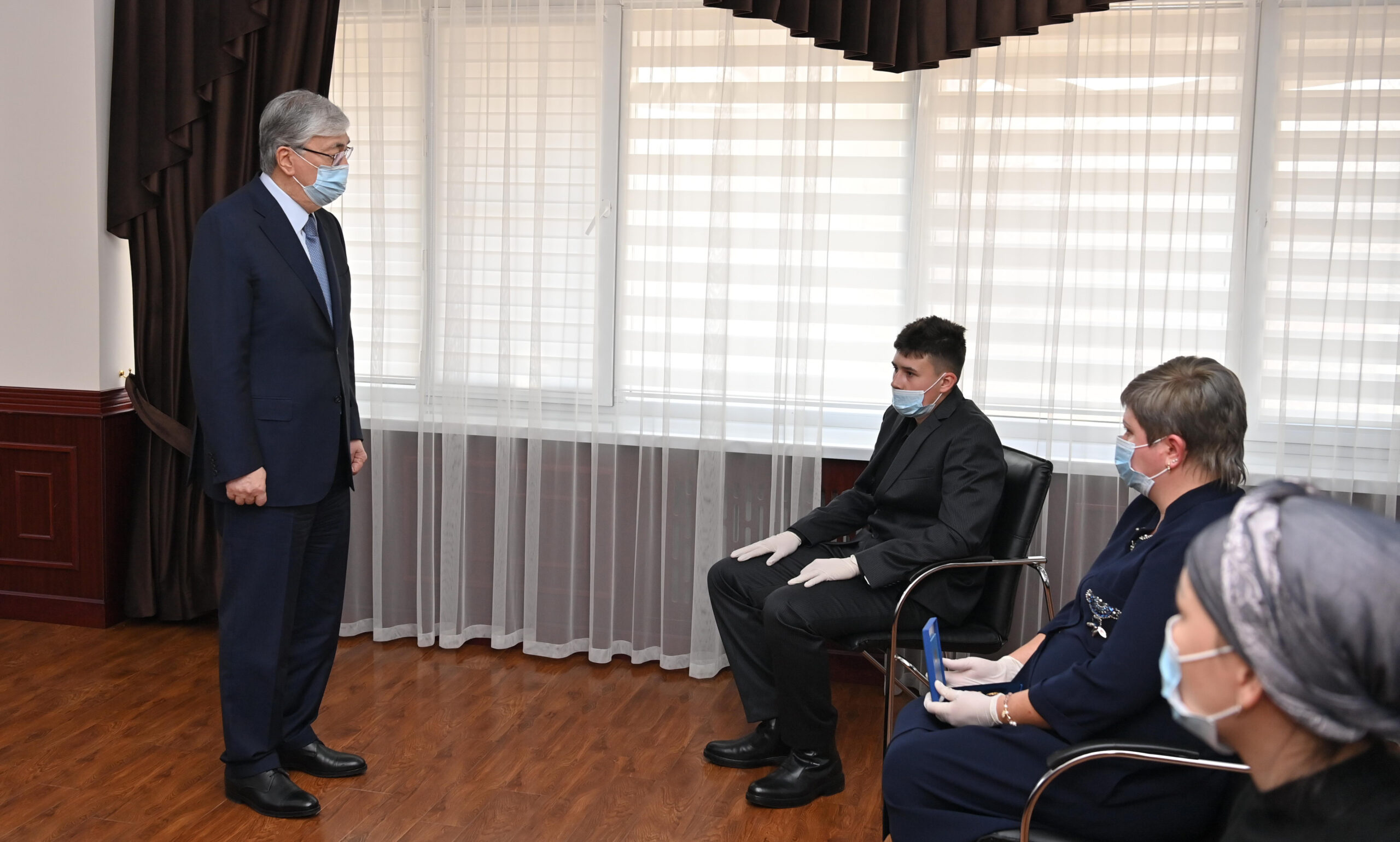 Tokayev during the meeting with relatives of officers who died in the tragic events. Photo credit: Akorda

President Kassym-Jomart Tokayev arrived in Almaty yesterday to see the aftermath of the unrest personally and head the operational meeting with senior government and city officials.

He said that it was his personal duty to ensure that the city of Almaty weathers the consequences of the terrorist attacks. 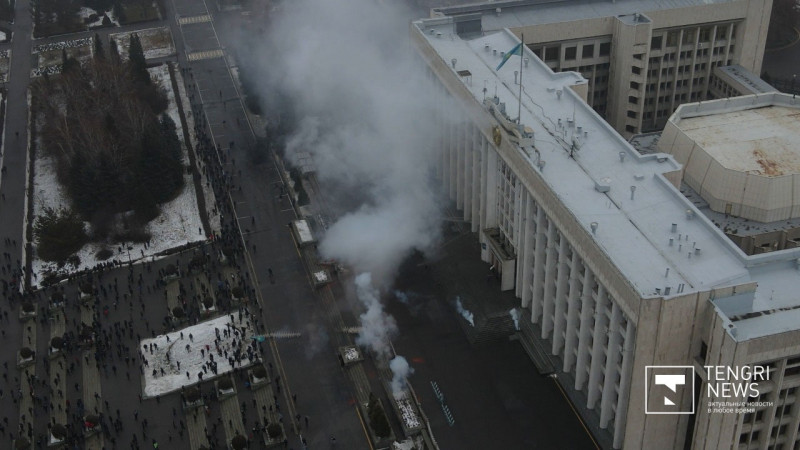 “Almaty is my hometown. I was born here and I studied here. Now we are faced with the task of rebuilding this city in the shortest possible time. This is a matter of honor for me as President and as a citizen of our state. I have no doubt that the city will be rebuilt, and the government has a task to make it look even better than before. We have to work very hard,” said Tokayev.

At least 17 security officers were killed, while the number of casualties, including among civilians, has not yet been disclosed by the government. 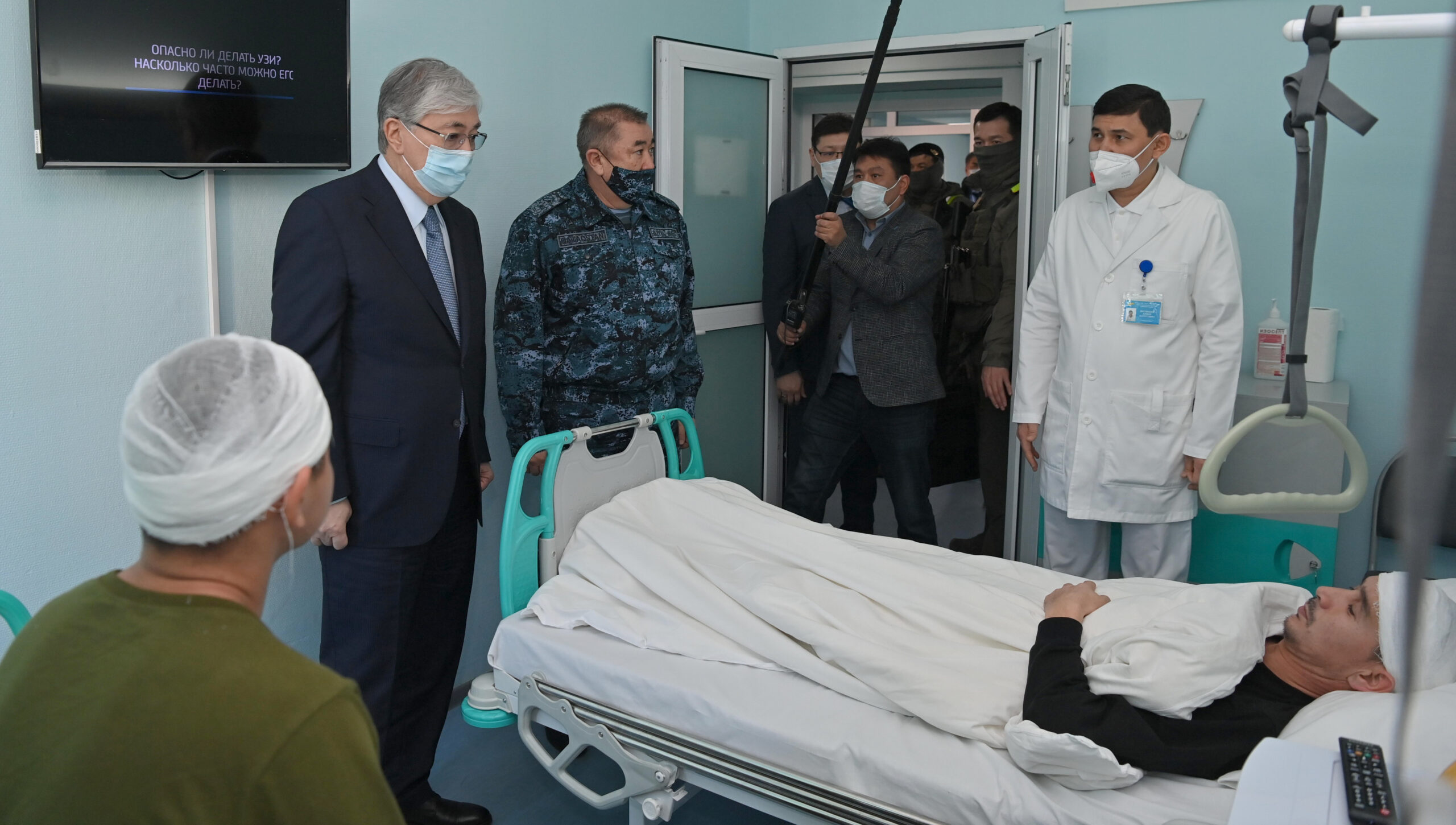 Tokayev visits the victims of the attacks. Photo credit: Akorda

People in Almaty are slowly going outside for groceries and returning to their offices. Big supermarkets and trade malls that also suffered from looting resumed their work.

Though the curfew is still in place between 11 p.m. and 7 a.m., the situation is now considerably more stable than last week. And while people have a hard time returning to their normal lives after almost a week of unrest and violent attacks, many citizens are joining the efforts to help small businesses in cleaning the aftermath of looting.

Citizens bring snacks and hot tea to workers of communal services that work day and night in freezing temperatures to clean the city, while others organize clean-ups themselves. Kindness and support for each other in this difficult time for all people give hope that the country will come out of this crisis stronger and more united.

While in Almaty, Tokayev met with relatives of law enforcement officers who died during the tragic events in Almaty. He reiterated his condolences and spoke to the families assuring them that the state would provide them with all kinds of support.

Handing the posthumous awards to the relatives, Tokayev said that the officers were true heroes.

“They sacrificed their lives for the safety of our people, for the sake of future generations, citizens of our country. We admire what they have done and we will always remember,” the President said.

He also visited the hospital to meet with people who were injured in the attacks.