By Staff Report in International on 6 December 2021 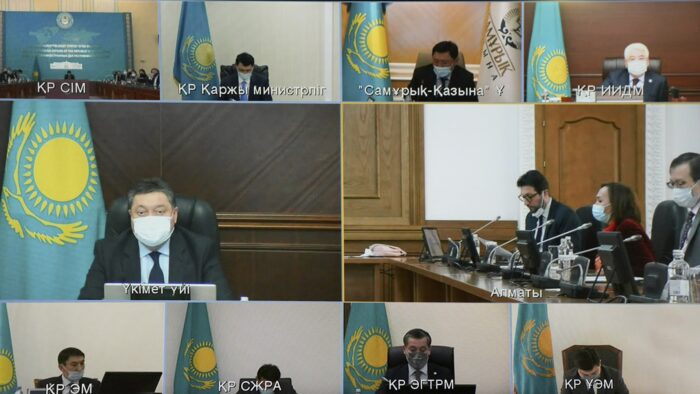 Mamin recalled that the country announced its ambitions to increase energy production from renewables from 3 to 15 percent, by 2030, and to increase the national carbon absorption capacity by planting more than 2 billion trees at COP26 in Glasgow. These measures will help to achieve carbon neutrality targets by 2060.

It is reported that 22 projects with a total capacity of 450 megawatts will be put into operation by the end of 2021. Investments account for $445 million.

It is planned to launch more than 60 renewable energy projects with a total capacity of 2,400 megawatts over the next four years. Investment will reach more than $2.5 billion.

Recently, the Samruk Kazyna Sovereign Wealth Fund and the Abu Dhabi Developmental Holding Company signed an agreement on strategic cooperation on Dec. 1 in Dubai. The investment agreements include the construction of the solar and wind power plants with a capacity of 4 gigawatts in Kazakhstan.

“Kazakhstan plans to launch more than 180 renewable projects with a capacity of 9 gigawatts by 2030. This will ensure our country’s fulfillment of all its obligations as part of COP26,” said Mamin.