By Zhanna Shayakhmetova in International on 2 November 2021

GLASGOW – Despite the cloudy weather in Glasgow, hopes for a better future remain clear and bright. In this light, the UN Climate Change Conference (COP26), which kicked off on Oct. 31 is focused on its much-anticipated agenda to find solutions to climate change and bring together all interested parties. The major issue is to ensure global net zero by mid-century and keep 1.5 degrees within reach. And that is one of the COP26 goals. 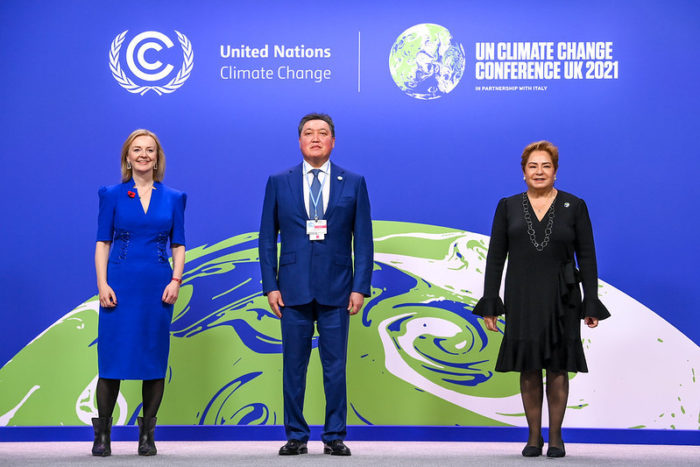 UN Secretary-General António Guterres called on the nations “to choose ambition and solidarity and choose to safeguard our future and save humanity” at the opening of the World Leaders Summit on Nov. 1.

Guterres reiterated that nations should “keep the goal of 1.5 degrees Celsius alive.”

“This requires greater ambition on mitigation and immediate concrete action to reduce global emissions by 45 percent by 2030. G20 countries have a particular responsibility as they represent around 80 percent of emissions,” he said.

The U.K., which took over the COP presidency, announced its ambitious plans to take the Green Industrial Revolution global. The initiative aims to assist developing countries to introduce green technologies and develop sustainable infrastructure.

The U.K. leads in terms of climate change actions, as the country was able to decarbonize its economy faster than any other country in the G20 and reached record clean growth between 1990 and 2019. Its economy grew by 78 percent and emissions decreased by 44 percent. The U.K. is also the largest producer of offshore wind energy.

“Kazakhstan is in the process of finalizing a long-term strategy to achieve carbon neutrality by 2060. The strategy targets unprecedented reductions in emissions through a series of focused interventions aimed at promoting the sustainable use of land and water, energy efficiency, electrification, and the large-scale use of eco-friendly and renewable energy sources, among others,” said Mamin.

Kazakhstan intends to serve as a Central Asian hub “to unite regional efforts towards achieving green growth.” The country will produce and process rare earth elements (REE) for global supply chains to accelerate the transition to green energy. 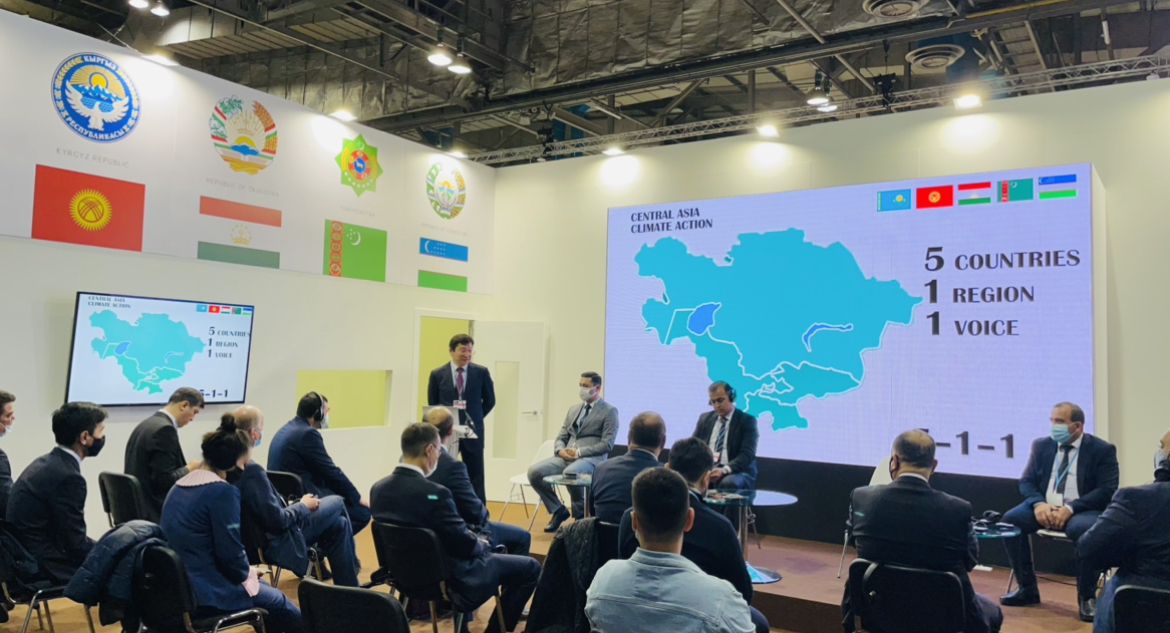 The opening ceremony of the Central Asian pavilion at COP26.

Kazakhstan plans to reduce greenhouse gas emissions by 15 percent by 2030. Its commitments also include a fivefold expansion in energy production from renewables from 3 to 15 percent, doubling the amount of energy produced from environmentally friendly sources from 20 to 38 percent and expansion of the national carbon absorption capacity by planting more than 2 billion trees. A 30-percent reduction in the share of energy generation from coal, from 68.9 to 40.1 percent is also expected.

The first Central Asian pavilion in the history of the COP26 was opened on the same day.

Daniyar Yerenchinov, the Chairman of the Board of Directors of International Green Technologies and Investments Center, said that the opening of the pavilion is a major event.

The International Green Technologies and Investments Center plans to become the local partner of the Green Climate Fund in Kazakhstan and also plans to cooperate with the Asian Development Bank to attract more investments.

The center and the Investment Projects and Regional Environmental Center for Central Asia will host the meeting titled “Regional Unity to Combat Climate Change” as part of COP26 on Nov. 2. The event has a mission to strengthen the regional dialogue in the region to implement climate policies and promote the green agenda.

A plethora of events including high-level meetings and workshops are also expected during COP26.

Overall, approximately 120 world leaders and more than 25,000 delegates are taking part in the conference, which runs through Nov. 12.