NUR-SULTAN – Crown Prince of Abu Dhabi and Deputy Supreme Commander of the UAE Armed Forces Mohamed bin Zayed received the Nazarbayev Prize for a Nuclear-Weapon-Free World and Global Security on Oct. 28 for his contribution to peace, regional stability, and sustainable economic development during the meeting with First President Nursultan Nazarbayev, reports the press service of First President. 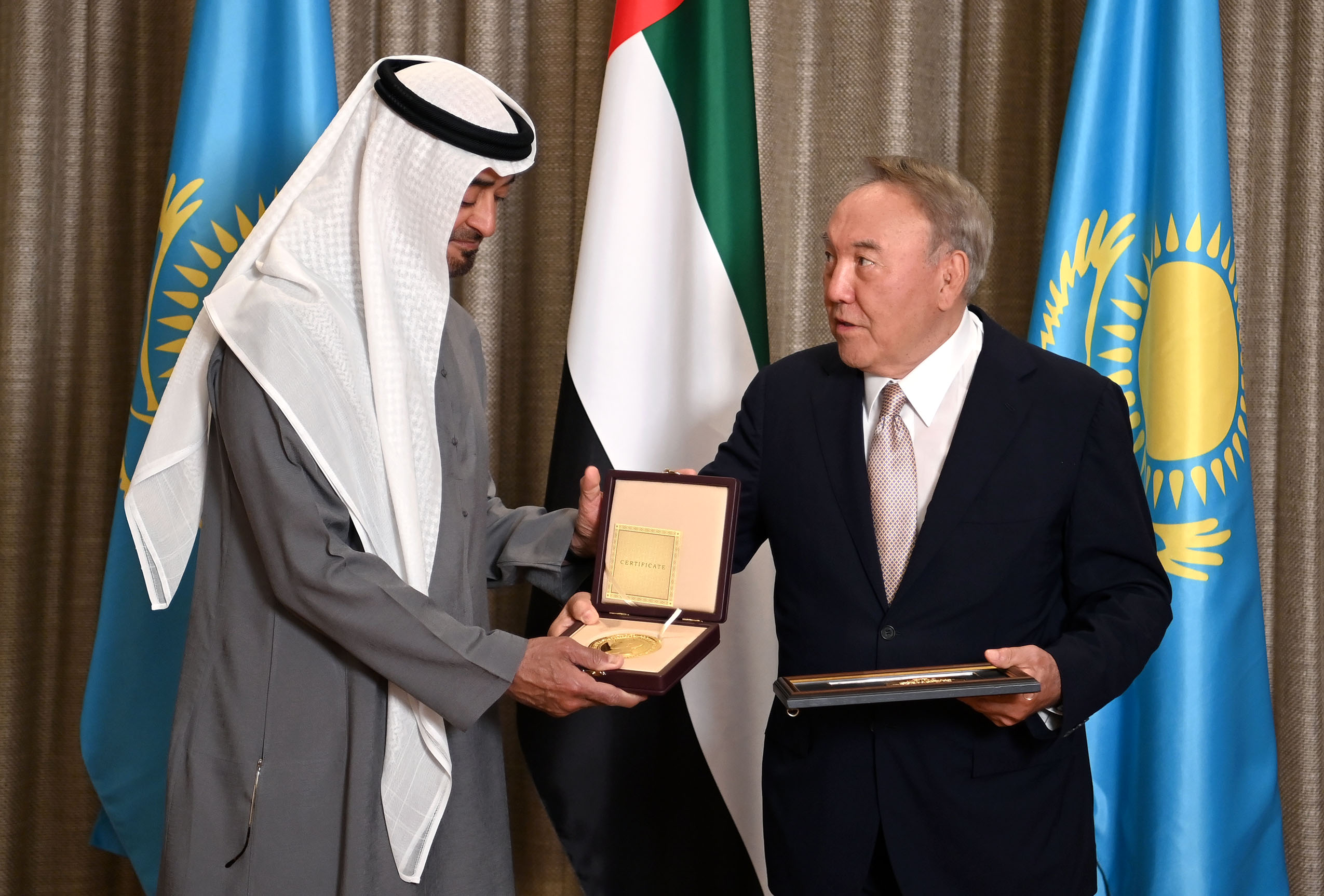 The award was established in 2016 with a goal to urge international actors to pursue more vigorous efforts to rid the world of nuclear weapons. King Abdullah II of Jordan was the first person to receive the prestigious award back in 2017 during his visit to Kazakhstan.

In 2019, the award went to former International Atomic Energy Agency (IAEA) Director General Yukiya Amano, who passed away in July 2019, and the Comprehensive Nuclear-Test-Ban Treaty Organisation (CTBTO) Executive Secretary Lassina Zerbo for their efforts towards nuclear non-proliferation and security.

Addressing the 2019 award ceremony with a video message, United Nations Secretary-General António Guterres said that “a world free of nuclear weapons, including banning nuclear testing, remains the highest disarmament priority of the United Nations” and that “Kazakhstan has been our strong supporter in this quest.”

During their meeting on Oct. 28, Nazarbayev and Mohamed bin Zayed also praised the dynamic development of friendly relations between Kazakhstan and the UAE that received an additional boost following the recent visit of Kazakhstan’s Prime Minister Askar Mamin to Abu Dhabi that resulted in the establishment of long-term strategic partnership for the development of projects in priority sectors of the Kazakh economy with over $6 billion in investments.

The sides also discussed ways to promote friendly relations and cooperation between the UAE and Kazakhstan across all areas, including investment, economic and sustainable development, and culture.

Mohamed bin Zayed said the bilateral ties between the two countries are based on “strong foundations of cooperation, mutual interests, common will and keenness of their leaderships to advance bilateral relations” and conveyed the greetings of President of the UAE Sheikh Khalifa bin Zayed Al Nahyan, and his wishes of progress and prosperity to Kazakhstan.

Nazarbayev, in turn, congratulated the UAE leadership and people on the 50th anniversary of their founding, noting the progress that the country has made over these years.