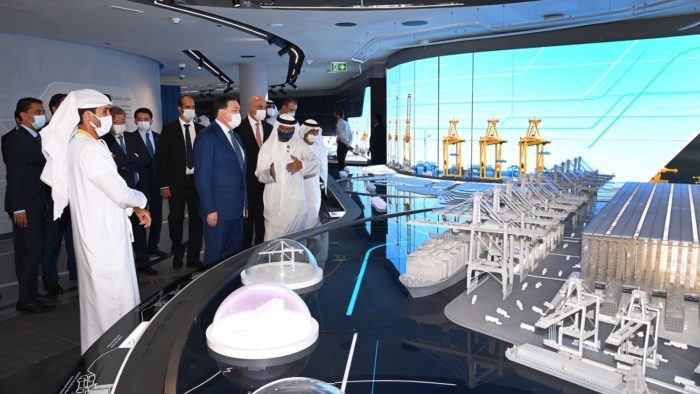 This was announced during the working visit of Prime Minister Askar Mamin to the United Arab Emirates on Oct. 9-10.

Abu Dhabi sovereign fund ADQ will become the main partner of Kazakhstan in the implementation of the agreement. The fund is involved in processing and mining, agri-industrial complex, transport and logistics, finance, tourism, media and energy sectors. Kazakhstan’s Samruk Kazyna Sovereign Wealth Fund will establish strategic cooperation with the ADQ and create a joint energy holding company for renewable and conventional energy. The solar, wind and hydroelectric power plants with a total capacity of 5 gigawatts will be built in Kazakhstan. A $100 million venture fund will be established to finance joint start-up projects in IT, fintech, agritech, B2B and B2C, telecommunications, food production technologies, platform solutions and digital transformation.

It is reported that the ADQ will be involved in the construction of a network of wholesale distribution centers. The fund also will be implementing projects in meat farming, poultry farming and fruit gardening in Kazakhstan.

Kazakh and Arab companies will also cooperate in the pharmaceutical industry.

The administration of the East Kazakhstan region will cooperate with the Sembol company and Abu Dhabi Fund for Development to build a new tourist facility in the region as well.

The stamps to mark the 30 years of independence of Kazakhstan and the 50 years of the UAE’s formation have also been released as part of the visit.

According to the Kazakh Embassy in the UAE, the UAE ranks first in terms of trade turnover with Kazakhstan among the Arab states. In 2018, the trade turnover was $490 million and in 2019, it exceeded $500 million.