By Staff Report in Kazakhstan’s Independence: 30 Years, Nation on 25 November 2021

NUR-SULTAN – Kazakhstan’s First President Nursultan Nazarbayev presented the principles of the Seven Pillars of Statehood during the recent session of the Political Council of the Nur Otan party, reported Kazinform. 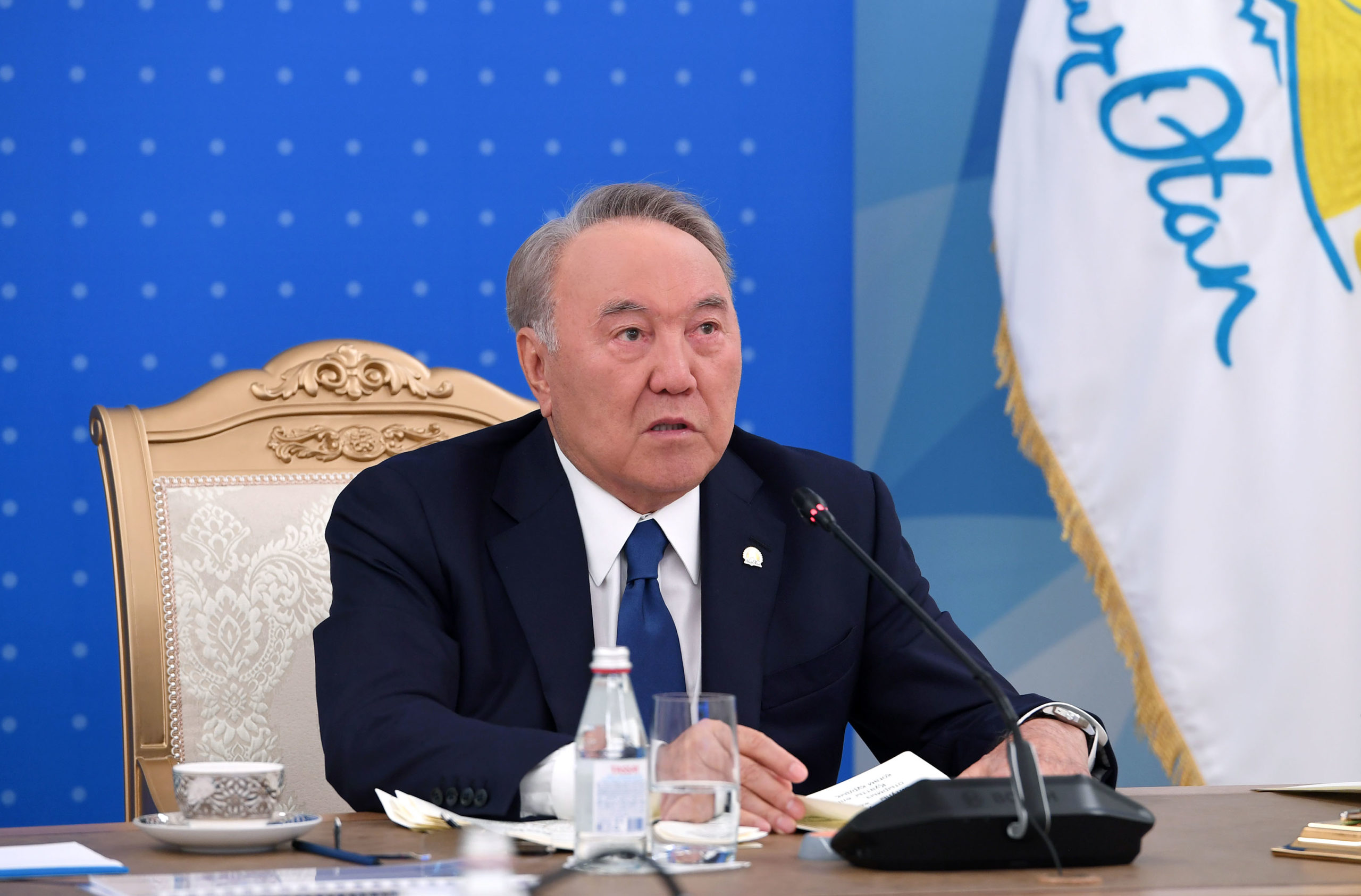 Kazakhstan has been celebrating the 30th anniversary of independence with significant achievements. “We have built a strong and successful state; a unified and consolidated society has been formed. A coherent execution of market related reforms enabled the creation of an effective and steady economic system,” Nazarbayev said in his opening remarks.

Unity and integrity of the nation serve as the guarantee of future eminence and prosperity of Kazakhstan.

“More than nine and half million of our children were born in the past thirty years. This is an advanced, goal-oriented, highly educated and progressively thinking new generation. I believe that the historic mission of this generation is to preserve our statehood and implement a national idea of “The Eternal state,” he said.

The Seven Pillars of Statehood are set to become the essential points for the people of Kazakhstan in a new era, according to Nazarbayev. “Let the young generation accept them as my call and appeal from the First President, leader of the state who overcame challenging, thirty-yearlong obstacles together with the people of our nation.”

First, independence is seen as the fundamental value of every person. Nazarbayev called on people to respect and appreciate the past and protect the country’s statehood.

“The fulfillment of the dream of our people is possible under the conditions of an independent state and the sovereignty of the nation. We should remember this,” he said.

Second, unity and harmony are the foundation of statehood. Ethnic diversity is the main advantage of the nation due to the balanced policy, which preserves and strengthens interethnic harmony.

“The Assembly of the People of Kazakhstan has the potential to ensure interethnic harmony and peaceful coexistence for all ethnic groups under one sky… It is the duty of every man to honor and follow the Constitution, have a command of the state language, and respect national values,” Nazarbayev added.

Third, the land is part of an ancestral heritage, which belongs to people. Since the proclamation of independence, “we made every possible effort to secure international recognition and the consolidation of our borders.”

“It’s our duty to protect and defend our country, and to preserve it for future generations,” he said.

Fourth, family and traditions are fundamental pillars of Kazakh society. Patriotism is about love and respect for the family and its traditions, the place where people were born and live.

Globalization has impacted the way of life and worldview of Kazakh society, but people should remember the values of the nation.

Fifth, the national culture serves as the spiritual support for people. “We are a people with a unique and rich spiritual and cultural heritage. We need our own determined character and unbending spirit in a competitive world. This character is formed through knowledge of national history, the preservation of cultural values,” Nazarbayev said.

Spiritual growth along with material values ​​plays a major role in Kazakhstan’s integration into the top 30 most developed countries. The study of cultural heritage and its popularization are among the government’s main priorities.

Sixth, the pursuit of knowledge and hard work are essential. Kazakhstan can take pride in having talented, creative, and purposeful young people, who pursue careers in large companies, make scientific discoveries, and gain recognition in various spheres.

“I outlined five principles including evolutionary development, shared responsibility, partnership, incentive and professionalism in my idea of creating a Society of Universal Labor. If these principles are ignored, any society is left behind. Continuous self-education and hard work lead to success. The younger generation should remember this,” he said.

Seventh, pragmatism is key to competitiveness. People should work hard to achieve their goals and use all the available resources and opportunities.

Young people have all the necessary conditions for self-development..

“We will become a nation of doers by strengthening the independence and preserving the integrity of the country, maintaining the value of the family and promoting the spiritual culture, paying attention to knowledge and work,” said Nazarbayev.

The country’s First President also congratulated his fellow countrymen on the 30th anniversary of independence. “The next thirty years will be a new milestone in strengthening our statehood. This will become possible when every citizen of Kazakhstan can consciously take responsibility for the future of the nation,” he added, stressing that the Nur Otan party should be at the forefront of this process.

Earlier, it was reported that Nazarbayev would hand over the powers of the Nur Otan party chair to current President Kassym-Jomart Tokayev.

The procedure for the transition of power will be carried out in accordance with the party’s charter.

The full text of the article can be found on Kazinform.