NUR-SULTAN – Kazakhstan’s First President Nursultan Nazarbayev will hand over the powers  of the Nur Otan party chair to current President Kassym-Jomart Tokayev. This was announced by Nazarbayev’s spokesperson Aidos Ukibay. 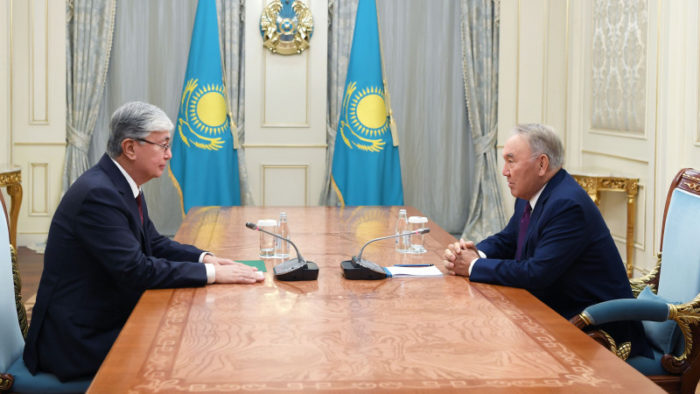 Nazarbayev continued to serve as the chair of the Nur Otan party after he resigned as president in March 2019.

“Nazarbayev noted that the party should be headed by the President at the expanded meeting of the political council. The procedure for the transition of power will be carried out in accordance with the party’s charter,” Ukibai wrote on his Twitter.

Ukibai said that Nazarbayev is the leader of the nation and an outstanding politician, who will continue to serve the interests of people and the country.

“This decision is a continuation of the transition of power,” explained Ukibai. “The Nur Otan party should support the President’s activities amid the global crisis caused by the pandemic. The election and dismissal of its chair is under the exclusive competence of the Nur Otan Party Congress, according to the party charter.”