NUR-SULTAN – Food security has been at the focus of President Kassym-Jomart Tokayev’s remarks at the Supreme Eurasian Economic Council meeting hosted Oct. 14 in a virtual format, reports the Akorda press service. 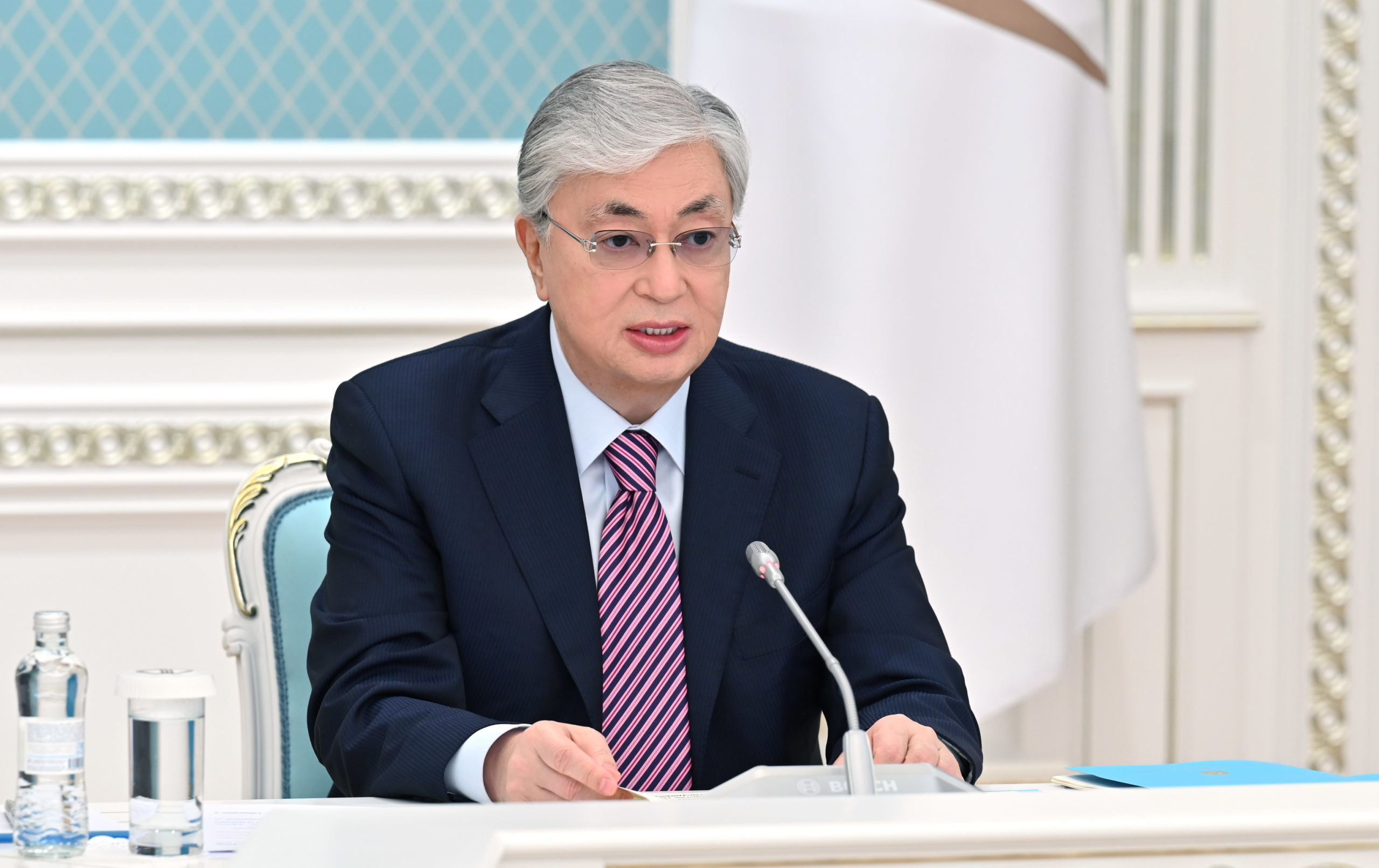 Climate change, which has been on the meeting agenda, has a direct impact on food systems and food security. According to Tokayev, every tenth person in the world, or more than 700 million people, is facing food scarcity.

“Of course, the situation in our countries is much better. But our markets are already feeling the pressure of rising global prices. The urgency of the problems will continue to grow,” said Tokayev addressing his counterparts.

To address the problem, the union has developed a document of common principles and approaches to ensuring food security, minimizing food scarcity risks as well as import substitution of material and technical resources used in the agro-industrial complex.

“Given the importance of this document, I propose to approve it at the meeting of the Council in Almaty. The document should be systematic, focused on practical cooperation and obtaining specific socio-economic results,” said Tokayev.

One of the main topics on the meeting agenda was climate change. The presidents noted the importance of coordinated action by states to “create favorable conditions for economic growth and environmental protection, avoiding negative socio-economic effects, preventing the widening gap between developed and developing countries and the emergence of barriers to trade and investment.”

They committed to broad international exchange and non-discriminatory use of technologies that reduce emissions and low-carbon development, efficient and rational use of fossil sources, nuclear power and hydro generation, low-carbon transportation, the introduction of hydrogen technologies, renewable energy sources, energy efficient approaches, and technologies in industry, agriculture and housing and communal services.

The presidents pledged to contribute to the work of the 26th session of the Conference of the Parties (COP26) in Glasgow, where Kazakhstan is also expected to deliver its report on how it plans its low carbon development through 2060.

Cooperation with other countries

As the countries are still struggling to put their economies back on track, the recent data of the Eurasian Economic Commission shows that in the first half of this year, the union’s GDP grew by 4.5 percent and the total GDP reached almost $900 billion.

“Despite this, external risks and factors of uncertainty are still high,” said Tokayev.

One of the ways to mitigate these consequences is expanding cooperation with other countries. Negotiations on free trade agreements with Israel, Egypt, and India have been going on for nearly six years, while the markets of Mongolia and Indonesia have been studied for more than two years.

Tokayev called on the union to step up the negotiations and prepare proposals on trade cooperation with other countries.

“It is clear that some slowdown in this work was due to the pandemic, but as we are gradually coming out of this difficult situation, I believe that the negotiation process could be accelerated. It is important to actively increase cooperation with the Shanghai Cooperation Organization. The first and extremely important step in this direction has already been taken. A memorandum of understanding and cooperation was signed between the Eurasian Economic Union and the Shanghai Cooperation Organisation in September 2011,” he said.

Besides the global climate agenda, the sides discussed the transition to the second phase of the formation of common markets of oil and oil products of the EEU, amendments to the list of sensitive goods in respect of which the decision to change the import duty rate is adopted by the Council of the Eurasian Economic Commission.

During their last meeting in May, Tokayev spoke about the need to seek ways to overcome the consequences of the crisis and get on the path of economic recovery and development.

The sides agreed to hold the next meeting in Almaty on Dec. 10, as well as the First Eurasian Economic Forum titled “Economic Integration in the Age of Global Change.”