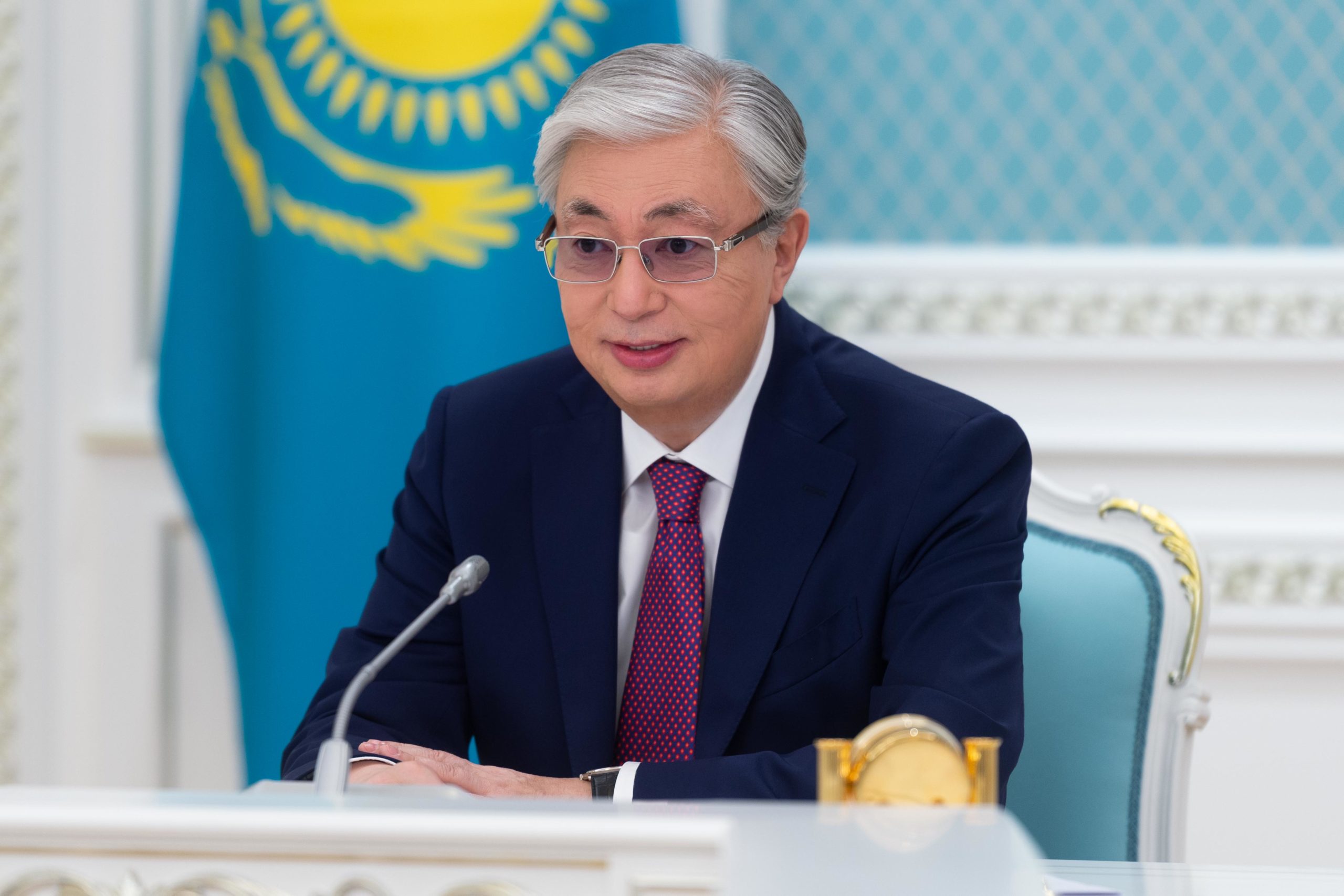 In 2021, Kazakhstan took over the presidency of the union from Belarus.

In his remarks, Tokayev noted that the pandemic and the measures taken to curb it interrupted the process of globalization and changed the structure of the world economy.

Under these conditions, he said it is necessary to find an effective solution to the most urgent question – how to overcome the consequences of the crisis and get on the path of economic recovery and development.

“We started implementing the first strategic document in the history of our union (referring to the Strategic Directions for Developing the Eurasian Economic Integration until 2025). The strategy has defined priorities of integration and interaction in almost all branches of economy and international cooperation in the mid-term perspective. Therefore, it is important to ensure qualitative and prompt implementation of the union’s development strategy,” said Tokayev.

Addressing the meeting participants, Tokayev said that post-crisis recovery will require systematic solutions to the barriers to mutual trade that have increased significantly during the COVID-19 lockdown. 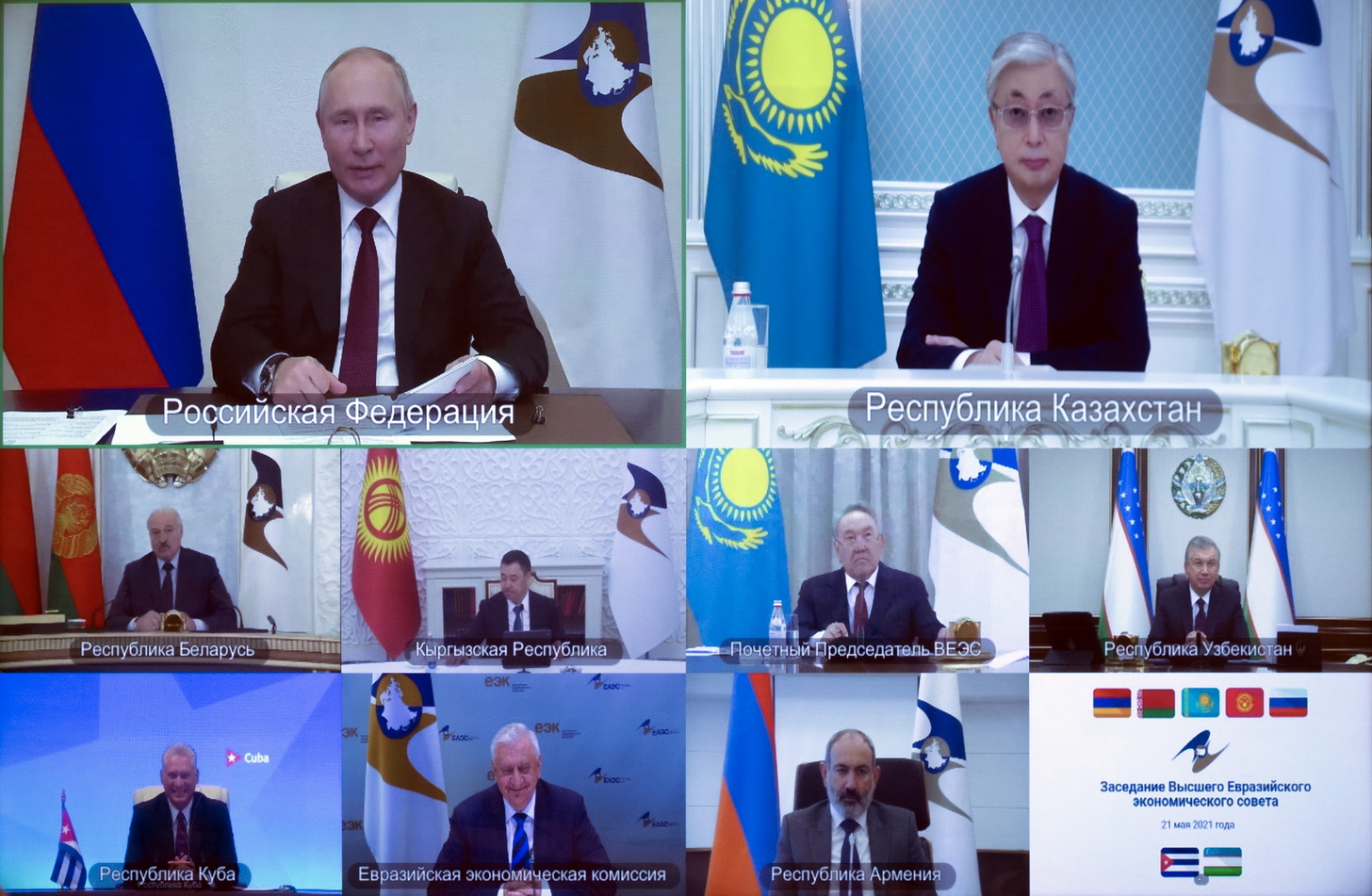 “These restrictions are detrimental to the development of trade and economic relations and limit the potential for growth and development. Kazakhstan, I am sure, like the other member countries of the union, advocates for the creation of equal and non-discriminatory conditions for all market participants. The commission’s fight against market barriers is ongoing, but it is not particularly effective. It is a struggle with the consequences of decisions made at the national level,” he said.

Referring to the data from the United Nations, he said that by the end of 2020 the world prices for food products were the highest in the last three years, while the demand for food is expected to increase by more than 35 percent by 2030.

“Each of our countries can increase food production. At the same time, restrictive measures to protect the domestic market can lead to restrained agro-industrial development and food shortages. Of course, in some exceptional cases their temporary use could have grounds, but at the same time, I believe that such restrictions should not apply to the countries of our union,” said Tokayev.

He proposed strengthening cooperation between agricultural research institutions and to increase the export of agricultural products to third countries.

Kazakhstan, according to him, is ready to develop cross-border infrastructure with the union members, similar to the project of the Central Asia International Center for Trade and Economic Cooperation developed with Uzbekistan.

To ensure food security, the system of trade-logistics and wholesale-distribution centers within the union could be an option.

“Eurasian countries will have to fully unlock their transit potential. Once again, I propose to speed up the modernization of cross-border sections of transport corridors, primarily, complete the reconstruction of the Western Europe – Western China highway throughout the Eurasian Economic Union,” he said.

Kassym-Jomart Tokayev expressed his confidence that the union will become a powerful and effective driver of growth as countries try to rebound their economies.

Honorary Chair of the EAEU and First President of Kazakhstan Nursultan Nazarbayev, President of Russia Vladimir Putin, President of Belarus Alexander Lukashenko, President of Kyrgyzstan Sadyr Japarov, Acting Prime Minister of Armenia Nikol Pashinyan, Chair of the Board of the Eurasian Economic Commission Mikhail Myasnikovich, as well as the heads of observer states to the EEU President of Cuba Miguel Diaz-Canel Bermudez and President of Uzbekistan Shavkat Mirziyoyev also spoke at the meeting.

At the last meeting in December, Tokayev outlined Kazakhstan’s priorities for 2021 as the chair of the union. Among them are the full implementation of the EAEU agreement, elimination of barriers to trade, development of cooperation within and beyond the union, and strengthening the functionality of the EAEU Commission.