NUR-SULTAN – The leadership and deputies of the Parliamentary Assembly of the Council of Europe (PACE) commended the current political reforms in Kazakhstan, particularly in the area of inclusive education, and abolishment of the death penalty, said the Kazakh Consulate General in Strasbourg. 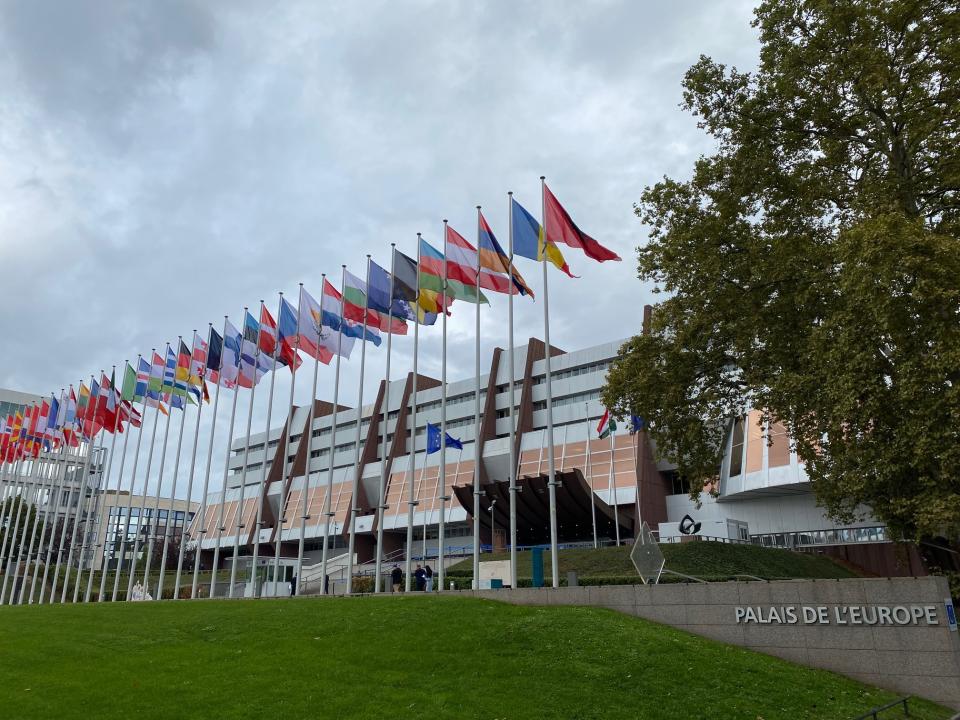 The Kazakh delegation led by Deputy Chair of the Senate Askar Shakirov took part in the autumn session of the PACE.

PACE President Rik Daems expressed his appreciation for the political initiatives to introduce parliamentary opposition, strengthen the Institution of the Ombudsperson, and abolition of the death penalty. “It is important to continue working in the rapprochement of Kazakhstan and the PACE attitudes in the issues of democracy, respect of human rights, and the rule of law,” said Daems.

The exhibition of art works painted by young Kazakh children with special needs called “The World through the Eyes of Children” opened in the main hall of the Council of Europe building. More than 200 European deputies, who came to the autumn hybrid session of the PACE, got familiar not only with the creativity of Kazakh children but also with the country’s reforms in inclusive education and protection of the rights of people with disabilities.

PACE President Rik Daems expressed his admiration for the creativity of young talents and encouraged the efforts of Kazakhstan’s leadership to protect the rights of children and provide them with all opportunities for their development.

On the last day of the autumn session, a group of PACE deputies also signed the declaration on “Political Reform in Kazakhstan Responsive to the Needs and Ambitions of its Citizens.”

In the document, PACE deputies said they “welcome the decision of the Kazakh authorities to abolish the death penalty entirely by signing the Second Optional Protocol to the International Covenant on Civil and Political Rights.”

Commending the statement of President Kassym-Jomart Tokayev at the 75th session of the UN General Assembly, the Europeans deputies emphasized that the decision he adopted is in line with the values and principles of the PACE and “shows the determination of Kazakhstan to combat this cruel penalty and follow the growing abolitionist trend.”

European parliamentarians referred to Kazakhstan as an “important partner of the Council of Europe.”

The declaration was signed by 23 deputies of the PACE from Germany, the United Kingdom, Netherlands, Spain, Italy, Lithuania, Poland, Azerbaijan, Armenia, Ukraine, Bulgaria,

Romania, and Finland. Some of the signatories are the leaders of major political groups within the PACE.

The national music performance and the photo exhibition about Kazakhstan were also organized for the PACE delegates as part of the celebration of the 30th anniversary of Kazakhstan’s independence. In their welcoming speech, PACE Vice-Presidents  Kimmo Kiljunen of Finland) and Arkadiusz Mularczyk of Poland congratulated Kazakhstan on this occasion emphasizing the country’s success in the international scene and its deliberate internal political course.

“Kazakhstan is using its historical chance wisely.  Knowing personally the former President Nazarbayev and being on friendly terms with the current President Tokayev, I share the basic principles, on which they build the foreign policy, consolidate national security and contribute for its development,” said Kiljunen.

The European Union and the Council of Europe will mark the annual World Day Against the Death Penalty that this year will be dedicated to women who have been executed, who are at risk of this or who are sentenced to death, and to those whose death sentences have either been reduced or canceled.

Kazakh President Kassym-Jomart Tokayev signed a decree ratifying the Second Optional Protocol to the International Covenant on Civil and Political Rights in January 2021 abolishing the death penalty. The death penalty has been on moratorium in Kazakhstan since 2003, except for terrorism-related offenses and war crimes.

“Given Kazakhstan’s position between the world’s two most prolific state executioners (China and the Islamic Republic of Iran), the decision by Central Asia’s most prominent economic and diplomatic player sends an important message to the rest of the region, even if Kazakhstan’s justice system had not itself carried out a death sentence since a moratorium was imposed in 2003. Kazakhstan’s adoption of the Second Optional Protocol is also significant on account of the country’s leadership position within the Islamic world,” wrote European-views.com