By Assel Satubaldina in Kazakhstan Region Profiles: A Deep Dive Into the Heart of Central Asia, Nation on 5 October 2021

NUR-SULTAN – Kazakhstan plans to supply its QazVac vaccine to Afghanistan and other Muslim countries, said President Kassym-Jomart Tokayev during his working visit to the Zhambyl Region that hosts the vaccine production facility, reports Akorda press service. 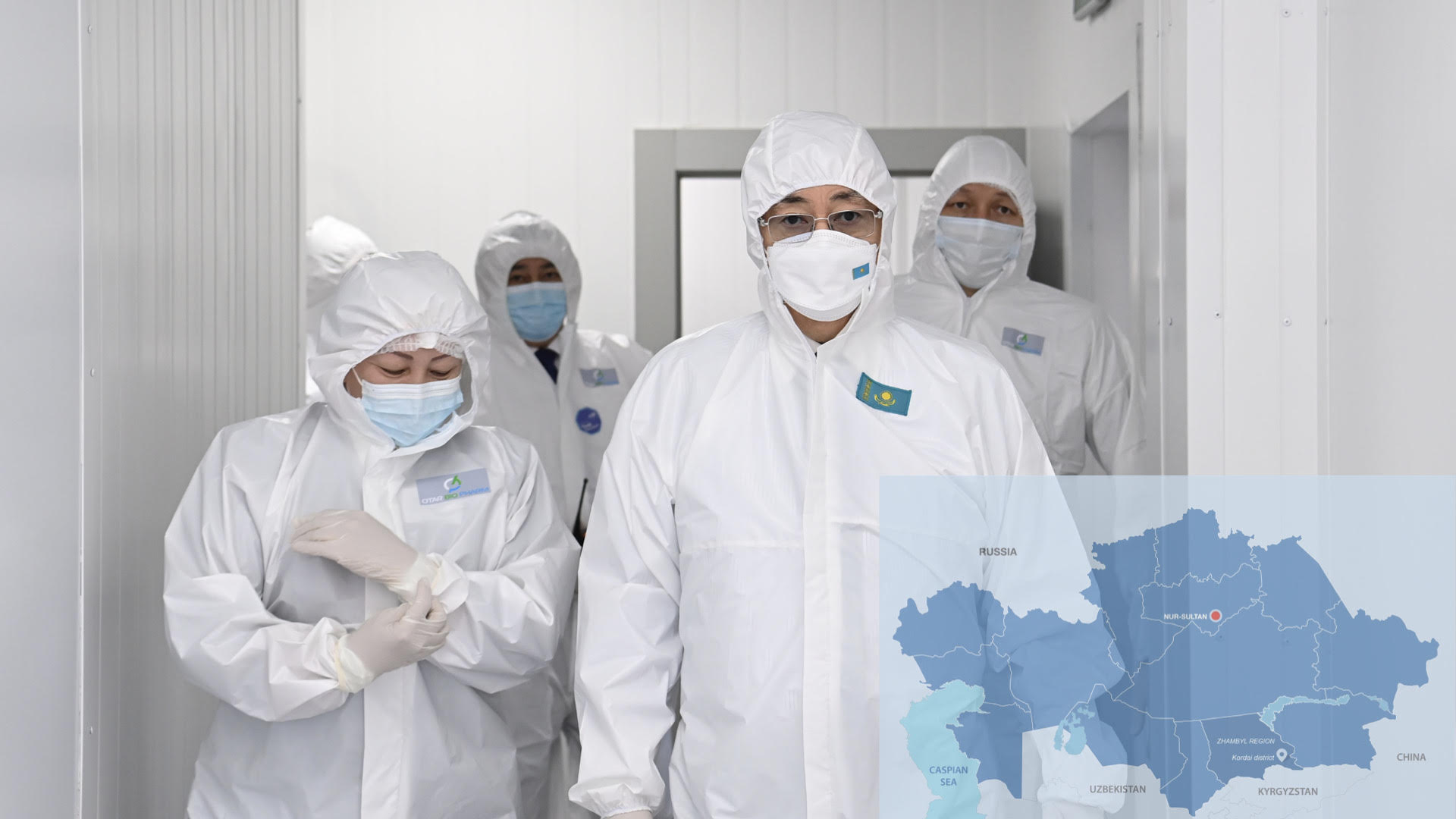 QazVac, which has been administered in the country since April, is an inactivated vaccine injected twice with a 21-day interval. The vaccine was developed by Kazakh Scientific Research Institute for Biological Safety located in the Kordai district.

During his visit to the production facility, Tokayev inspected the vaccine production line, laboratory equipment, and mobile reactors. In a conversation with the plant employees, Tokayev noted the importance of the production and said he was sure that the domestic vaccine would contribute to the fight against coronavirus and improve public health.

“I congratulate all of you, this is indeed a great achievement. This is a very necessary production for our country. The main work is done. Next year we will continue production. We will be sending this vaccine as humanitarian aid to Afghanistan and other Muslim countries,” said Tokayev. “This is a very complicated production process. It takes three to four years to launch such a facility abroad, but we were able to get it up and running in nine months.” 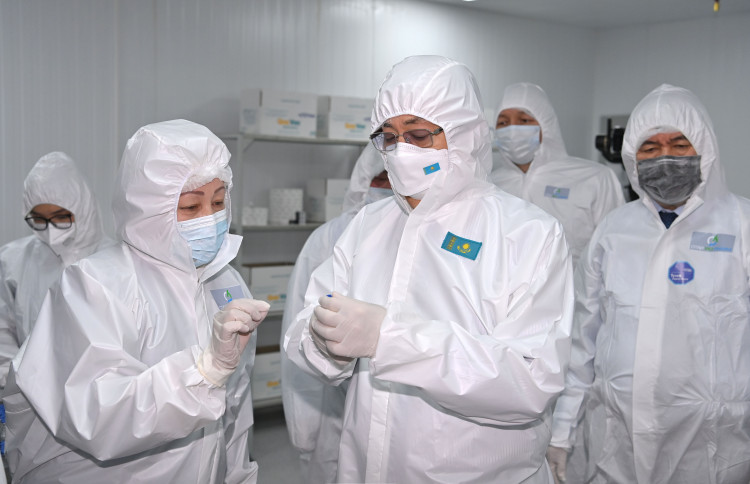 Kunsulu Zakaria and Tokayev at the plant. Photo credit: Akorda

Kunsulu Zakaria, head of the institute, spoke about their plans to produce immunobiological medicines according to the international standard of Good Manufacturing Practice (GMP), a system for ensuring that the risks involved in any pharmaceutical production that cannot be eliminated through testing the final product are minimized. These include vaccines against coronavirus infection, vaccines against influenza, tuberculosis, brucellosis, nodular dermatitis and other infectious diseases.

The plant is expected to produce from 30 to 60 million doses of biopharmaceuticals annually with the total cost of the project reaching 15.6 billion tenge (US$36.6 million).

In the Commonwealth of Independent States (CIS), only Kazakhstan and Russia have established their own production of vaccines against COVID-19. In September, phase 3 trials of the QazVac vaccine were completed. On Aug. 13, the results of phase 1 and phase 2 clinical trials of the QazVac vaccine were published in Lancet’s EClinicalMedicine journal.

As part of his visit to the region, Tokayev also discussed investment opportunities with the regional officials.

In an effort to support business development, the Zhambyl Region plans 107 investment projects worth 2.5 trillion tenge (US$5.9 million) through 2025.

“In general, the region is developing intensively. There is growth, but there are unresolved issues,” said Tokayev. “Your proposals will be considered and I will take personal control over how they are solved. I plan to visit the region early next year and discuss specific issues.”

An additional one billion tenge (US$2.3 million) will be directed to launch a project aimed at improving the supply chain of food products from the field to the store. In Kazakhstan, there are nearly 1.7 private farms, but their products are not sold officially through commercial facilities and do not go through processing plants.