By Saniya Bulatkulova in Astana, Sports on 29 October 2021

Denis Ten, who tragically died in July 2018, was a famous Kazakh figure skater, who performed in the men’s individual category. He was the first skater from Kazakhstan to win medals in the Olympic Games in 2014, World Championships in 2013 and 2015, Continent Championship in 2015, Asian Winter Games in 2011, among other prestigious awards.

“Denis Ten was a great athlete and a great ambassador for his sport. A warm personality and a charming man. Such a tragedy to lose him at such a young age,” wrote Thomas Bach, current president of the International Olympic Committee on Twitter after Ten’s death. 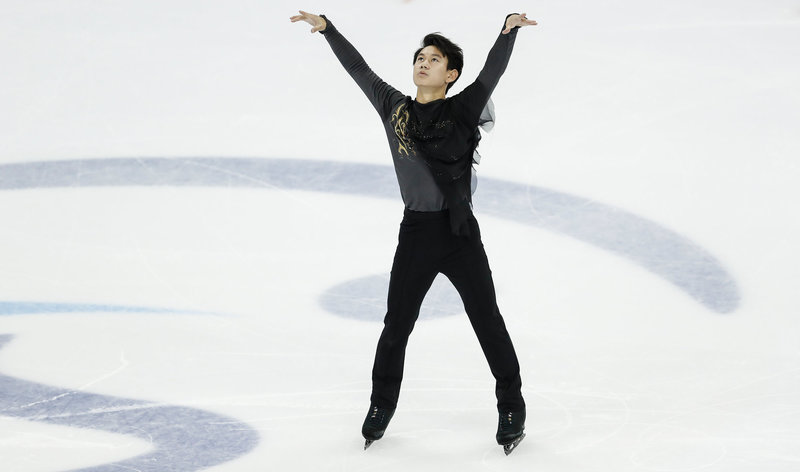 The Denis Ten Foundation was established in August of 2018 to honor the memory of a prominent Kazakh skater and contribute to supporting skating in Kazakhstan, a goal that Denis Ten also planned to work towards.

The competition is held among juniors and adults in single and pair skating, as well as ice dancing categories bringing around 100 athletes from 16 countries to Kazakhstan, including Petr Gumennik from Russia, Viktoriya Safronova from Belarus, Anastasiya Shabotova from Ukraine and Kailani Craine from Australia. The judging panel consists of 36 ISU judges of the highest category.

Kazakh figure skaters also participate in the tournament in all categories. Among them are Maxine Weatherby with Temirlan Yerzhanov, who won the Kazakh Figure Skating Championship in 2019 and became bronze medalists of Denis Ten Memorial Challenge in 2019 and Mikhail Shaidorov, 2021 Sofia Trophy bronze medalist and a two-time Kazakh national champion.

“This year the tournament has a higher status, because it is not only international, but also the seventh stage of the ISU Challenge series. The event gathered around 100 participants from 16 countries, although more athletes planned to take part in the tournament. Some of them got sick and others could not get a visa. However, skaters could come with their trainers,” said Oksana Ten, mother of Denis Ten, and also director of his foundation and vice president of the Kazakh National Skating Federation. “Success begins with the identification of talented and unique athletes who can succeed in the future. We need to work on mass sport development.”