NUR-SULTAN – The 6th ministerial meeting of the Conference on Interaction and Confidence-Building Measures in Asia (CICA) kicked off Oct. 12 in Nur-Sultan. 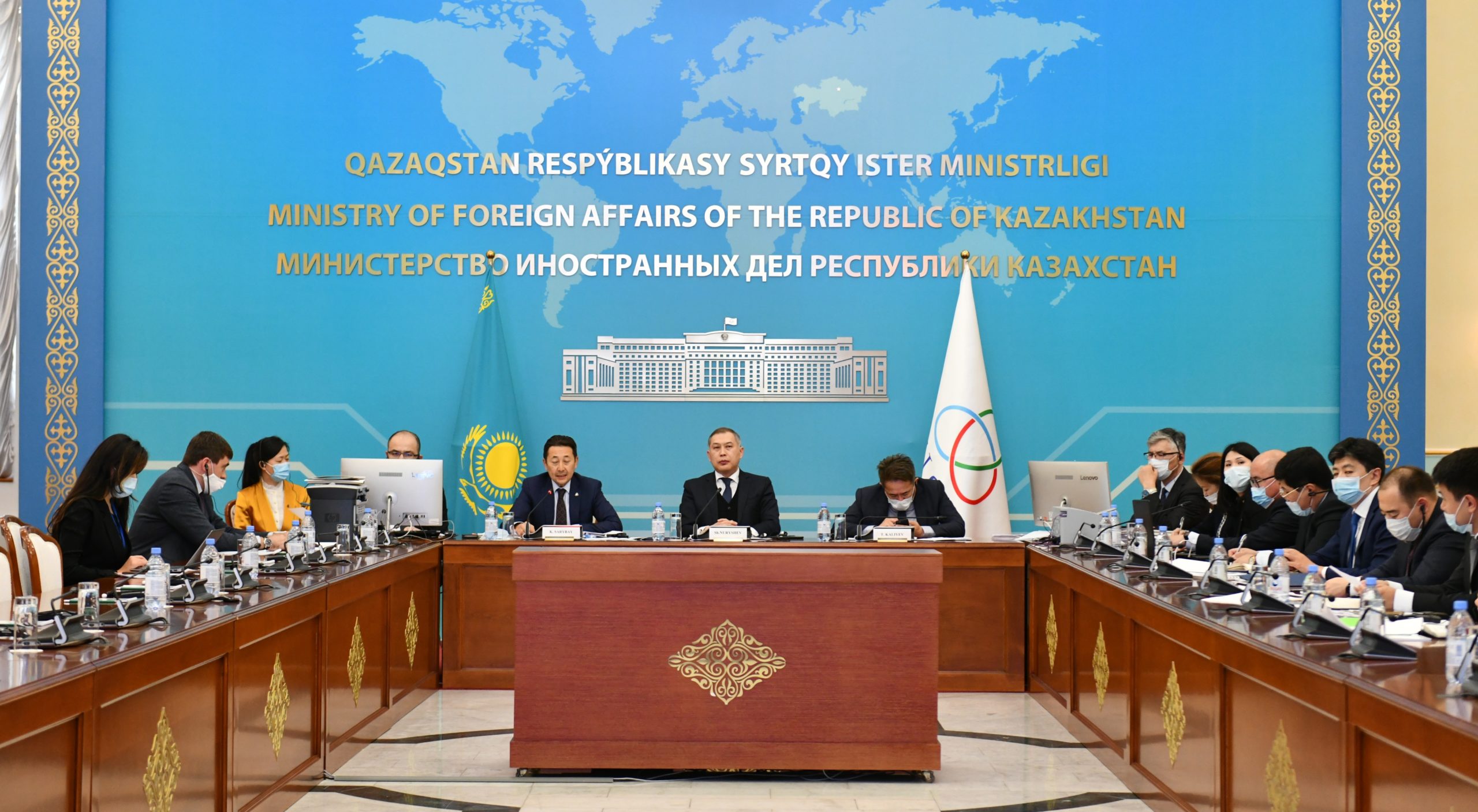 In the run up to the 6th Ministerial Meeting of the CICA, the CICA Senior Officials Committee (SOC) held an online meeting chaired by the First Deputy Minister of Foreign Affairs of Kazakhstan Shakhrat Nuryshev. Photo credit: Kazakh MFA

The meeting is expected to adopt the Declaration of the 6th CICA Ministerial Meeting, the updated Catalogue of CICA Confidence Building Measures, the Regulations of the CICA Think Tanks Forum, and amendments to the CICA Rules of Procedure regarding the status of observers.

The meeting will continue on Oct. 12 with a press conference where the delegations will summarize the meeting outcomes.

The CICA is an intergovernmental forum aimed at strengthening regional cooperation and ensuring peace, security, and stability in Asia. The idea of creating the organization was first voiced by Kazakhstan’s First President Nursultan Nazarbayev in 1992 at the 47th session of the United Nations General Assembly, while the first CICA summit was held in June of 2002. CICA members include 27 Asian countries, including Azerbaijan, Bahrain, China, Egypt, India, Iran, Israel, Russia, South Korea, and Turkey, nine observer states, and five international organizations.

In September of 2020, Kazakhstan assumed the chairmanship of CICA, a challenging period that coincided with quite challenging times, including the pandemic and the developments in Afghanistan.