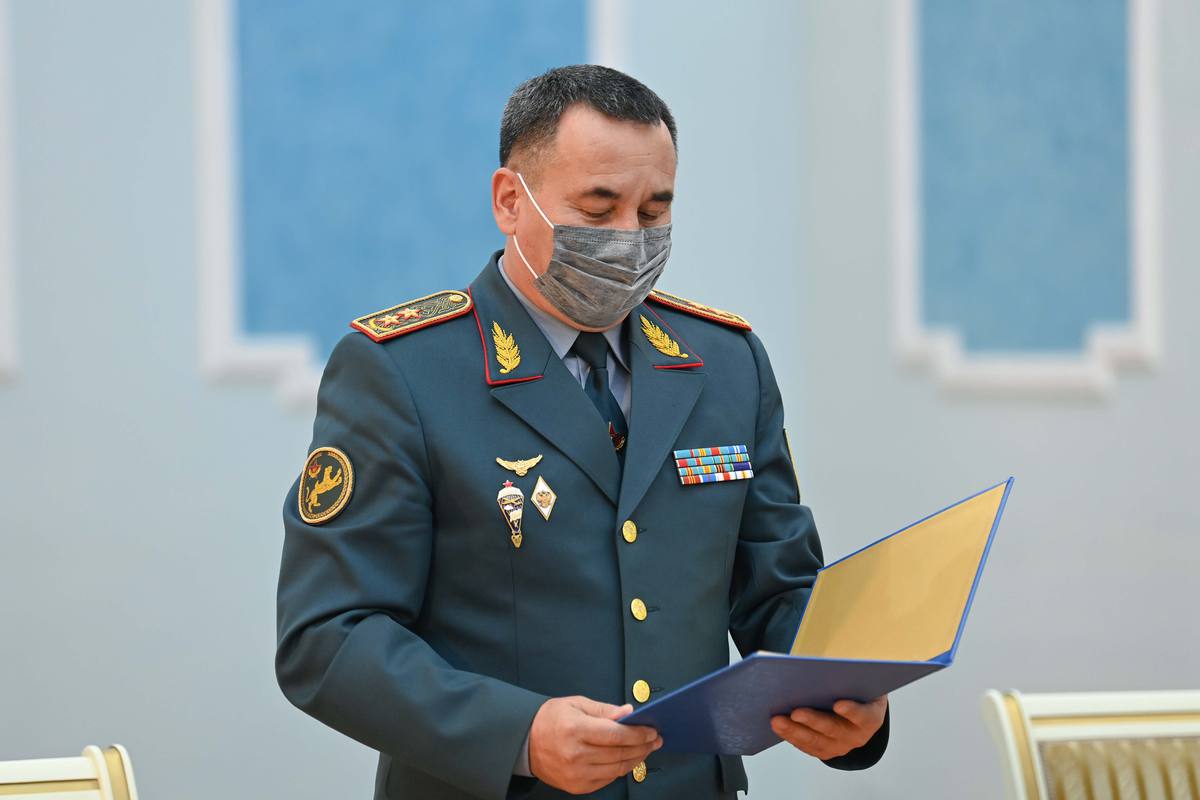 Yermekbayev has headed the country’s defense ministry since August 2018 and since then Kazakhstan has had two similar incidents at an ammunition depot. First was in June 2019 in the town of Arys, when a fire ignited the ammunition depot and caused a blast killing four people.

The second occurred on Aug. 26, when a series of blasts in the Baizak district in southern Kazakhstan killed 15 people. All 15 people were rescuers and firefighters. The next day, Yermekbayev told journalists he would step down.

Yermekbayev, who also attended the meeting, expressed his apologies to families and friends of those who lost their lives in the blast.

The meeting comes days after the explosion in the Zhambyl Region. Photo credit: Akorda press service

Introducing the new minister, Tokayev spoke about the difficult situation in the world and the region and said that the army should be ready to confront any external threats and ensure the security of the state.

Bektanov will have to address “unresolved issues” in the storage of ammunition, according to Tokayev. He tasked the ministry to take urgent measures to ensure security at all ammunition depots and to accelerate the construction of modern storage facilities far from residential areas.