NUR-SULTAN – One more person was found killed in a massive blast at an arms depot in the Zhambyl Region on Aug. 26 bringing the total death toll to at least 15, said the Kazakh Ministry of Emergency Situations on Monday. 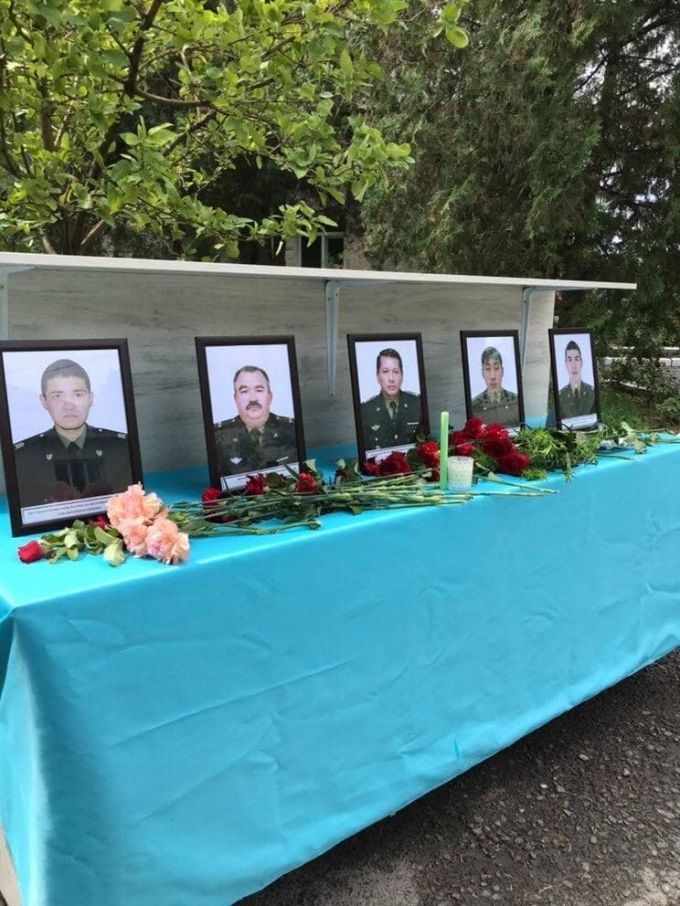 People laid flowers to the fire department in the region, paying tribute to fellow citizens who lost their lives.

All of them died while trying to extinguish the blaze.

“The Ministry of Defense found the body of another person, whose identity is being established. The death toll from the explosion in the Zhambyl Кegion reached fifteen. The search for one missing man continues,” said the ministry in a statement.

On Aug. 29, Kazakhstan observed a day of national mourning to honor the people who died in the accident.

The blast occurred at 6.45 pm local time on Aug. 26 after a fire began at the military base in Baizak district, 30 kilometers from the city of Taraz, and quickly ignited the engineering ammunition that was stored there. The blast injured 98 people and half of them were employees of the Emergency Situations Ministry.

The next day, President Kassym-Jomart Tokayev held an emergency meeting tasking the government to investigate the causes of the explosion and ensure families of those killed in the blast receive help.

“The selfless efforts of representatives of all services brought the situation under control and helped prevent more casualties. I express my gratitude to the rescuers, doctors, police officers, prosecutors, and akimats (city administration). But the consequences were serious. People suffered. Many families had to leave their homes. Settlements and buildings there sustained some damage. A considerable amount of ammunition was destroyed. Emergency measures have been taken. But there is still a lot of work to be done on reconstruction,” said Kassym-Jomart Tokayev.

He said that “systemic problems in ammunition storage remain.”

Kazakhstan had a similar accident at a military base outside of the town of Arys in June 2019 which sent debris flying and damaging nearby private property and igniting additional fires nearby. All 44,000 residents were evacuated successfully back then.