By Dana Khissimova in Sports on 3 September 2021 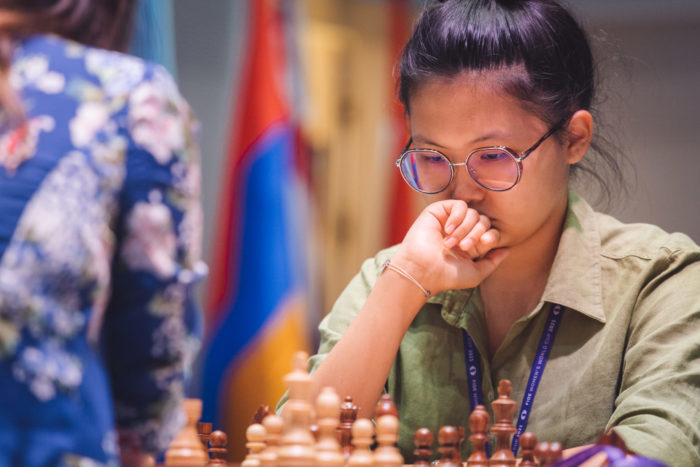 Some 74 players from 15 Asian countries took part in the championship, including nine women’s international grandmasters. The tournament was held Aug. 23-25 on the Tornelo gaming platform.

“Today I managed to win the title of Asian women’s champion! This is my first significant title among women! Thank you all very much for your support,” Assaubayeva wrote on her Instagram.

Assaubayeva received the right to participate in the International Chess Federation (FIDE) Women’s Grand Swiss 2021 tournament, which will be held Oct. 25 – Nov. 8 in Riga. This tournament is part of the qualification cycle of the 2021- 2023 World Cup. The tournament will be held according to the rules of the Swiss system with 11 rounds welcoming 50 outstanding chess players.

Assaubayeva was born in the city of Taraz in the south of Kazakhstan. She has repeatedly become the champion of Kazakhstan. At the age of seven, Assaubayeva  was awarded the title of FIDE women’s master, which is a record. In 2017, she became the vice-champion of the under-14 world. In September 2019, the chess player was awarded the title of international women’s grandmaster.

Earlier it was reported that the best chess player of Kazakhstan Rinat Jumabaev reached the fourth round of the World Championship in Sochi on July 19, knocking out the second-place world player from the United States Fabiano Caruana.

Also, young female Kazakh chess prodigy Zhansaya Abdumalik became the first chess player from Kazakhstan and Central Asia in history to receive the title of men’s grandmaster on June 1, according to the FIDE.

The Kazakh Chess Federation regularly organizes tournaments for chess players on all levels and is working on making the activity more accessible in remote regions. Chess remains one of the most popular passtimes in Kazakhstan with nearly 200,000 people professionally engaged in it. Chess is also taught in select primary schools across Kazakhstan with special textbooks issued by the Ministry of Education and Sciences. Today, more than 2,000 children study chess in at least 44 schools in Almaty, Kyzylorda, Pavlodar and Shymkent. The future of Kazakhstan’s chess program is secure, with a new generation waiting to take the competitive scene by storm.