NUR-SULTAN – The COVID-19 incidence rate has decreased by 35 percent over the past two weeks in Kazakhstan, said Kazakh Minister of Healthcare Alexei Tsoy at a government meeting on Tuesday. 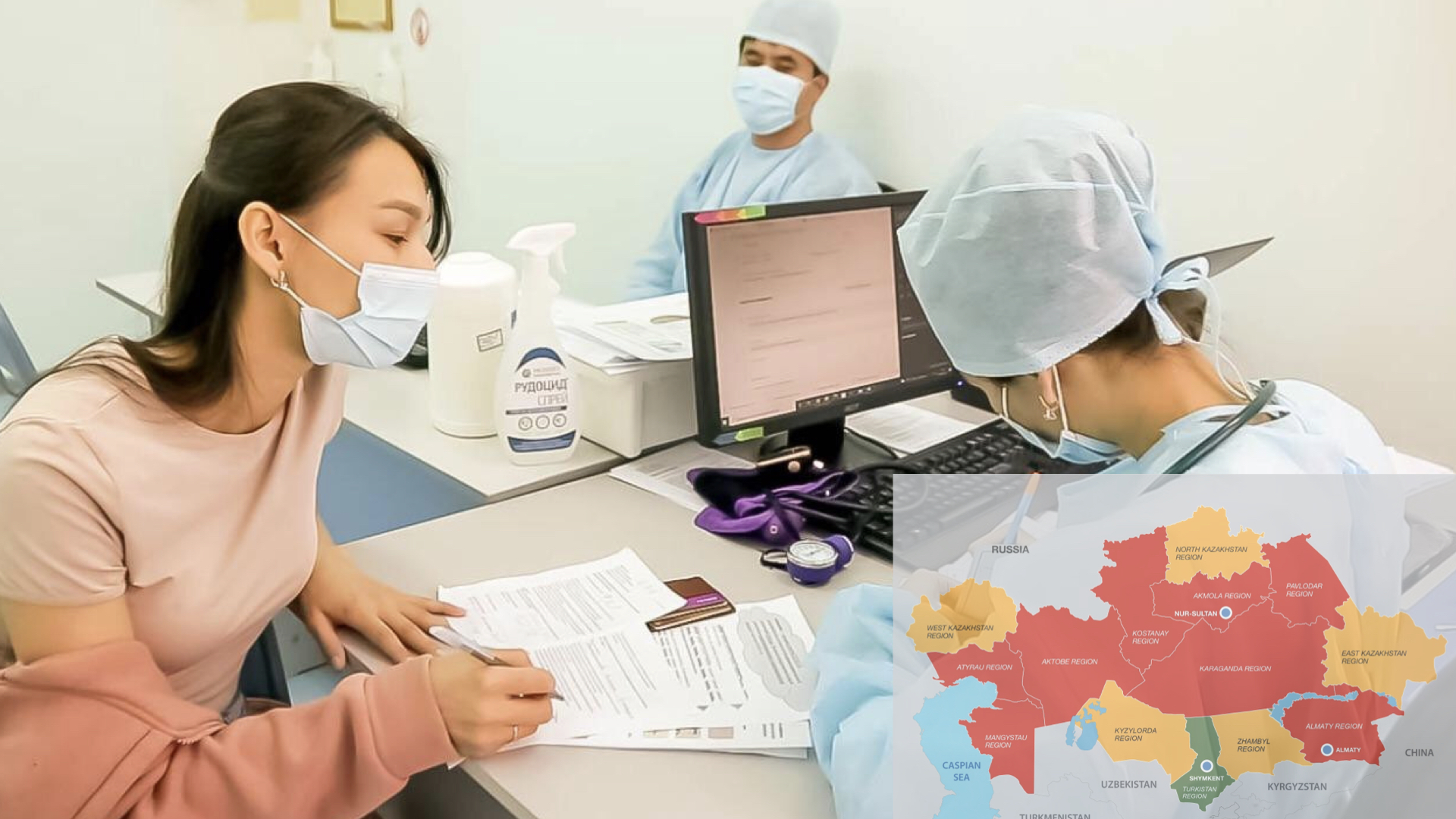 Besides hospitals, vaccination is carried out in trade malls. Photo credit: astana.gov.kz. Click to see the map in full size.

“The global morbidity and mortality for COVID-19 continues to be unstable. More than 224 million cases have been reported worldwide, with more than 300,000 cases daily. More than 4.6 million people have died,” said Tsoy.

Kazakhstan’s virus reproductive rate has been below one for the past four weeks, indicating the pandemic is under control.

In the past two weeks, five regions have moved from the red zone to the yellow zone – East Kazakhstan, Zhambyl, Kyzylorda, West Kazakhstan, and North Kazakhstan regions.

The Turkistan Region is in the green zone. The other 11 regions are in the red zone.

Infectious and intensive care beds are occupied at 35 percent each nationwide, a decrease from 56 percent and 45 percent, respectively.

Vaccination continues, said Tsoy, as more than 7.1 million in the country’s 19 million population have received at least one dose and 5.9 million have been fully vaccinated against COVID-19. He said this accounts for 60 percent of the eligible population.

“Regions have been sufficiently supplied with the vaccine. The supply of vaccines is delivered according to schedule. Vaccination remains the only measure to prevent coronavirus infection. I urge every citizen of Kazakhstan to get vaccinated and contribute to the formation of collective immunity in our country,” said Tsoy.

Almaty leads in terms of the share of the population who received a full course of vaccination, followed by the Turkistan, Almaty, and East Kazakhstan regions.

There are currently three available vaccines in Kazakhstan – the country’s own QazVac, Russian Sputnik V, and Vero Cell produced by a Chinese Sinopharm company. Three million doses of the Sinopharm vaccine were delivered to Almaty on Sept. 9.

Kazakhstan launched another production site for its vaccine, said the country’s healthcare officials on Sept. 13. Based in the Almaty Region, the site has produced 300,000 doses in September with a total capacity of one million doses.