By Zhanna Shayakhmetova in Nation on 10 September 2021

NUR-SULTAN – Three million doses of Sinopharm COVID-19 vaccine (vero cell) was delivered on Sept. 9 to Kazakhstan, Minister of Healthcare Alexey Tsoy wrote on his Facebook. The vaccine will be available in all regions. 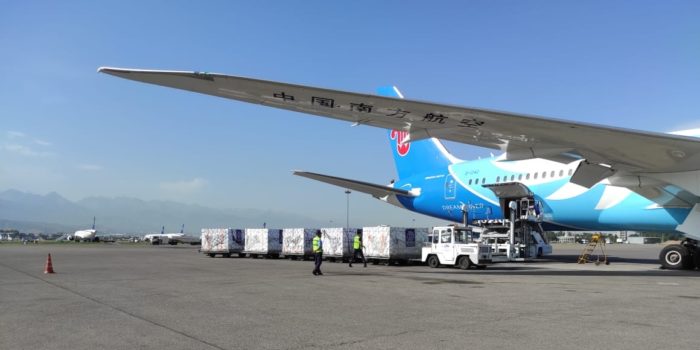 The vaccine developed by the Beijing Bio-Institute of Biological Products was listed for emergency use by the World Health Organization (WHO) on May 7. It is now approved for vaccination in 45 countries. In addition to China, the vaccine has been approved for production in the UAE and Serbia.

The first batch of the Chinese vaccine was delivered Aug. 10 by Air Astana to Almaty.

As of Sept. 10, more than 7 million people have received the first dose of the vaccine, which is nearly 37 percent of the country’s population, reported the Ministry of Healthcare. Some 5.8 million people received two doses, which is more than 30 percent of the population. Currently, Kazakhstan’s QazVac, China’s Sinopharm and Russia’s Sputnik V vaccines are available in the country.

The Ministry of Healthcare also reported on Sept. 8 that the prevalence index of COVID-19 decreased by 17 percent over the past month. The bed occupancy decreased from 56 to 36 percent, intensive care beds dropped from 45 to 36 percent.