By Saltanat Boteu in International on 31 August 2021

NUR-SULTAN – The KulanSteppe pilot project, launched in 2017, aims to increase the kulan population in central Kazakhstan, which is one of the flagship species of the steppe fauna, says scientist for the Norwegian Institute for Nature Research (NINA) Petra Kaczensky, who works on the project.

KulanSteppe contributes to the reestablishment of new species and biodiversity conservation. Kulan is an important species of the steppe ecosystem along with the Przhevalsky horse and the saiga antelope, the scientist explained.

“We are facing the loss of species and biodiversity. It would be a nice success story (to reintroduce kulan). From a regional perspective, it is a subspecies or kind of eco-type of the Asiatic wild ass (kulan), which is listed as endangered (according to the International Union for Conservation of Nature’s Red List),” she said.

The project is coordinated by NINA and is a part of a bigger project of Altyn Dala Conservation Initiative (ADCI), which is a joint initiative of the Association for the Conservation of Biodiversity in Kazakhstan (ACBK), the Forestry and Wildlife Committee of the Kazakh Ministry of Agriculture, Fauna & Flora International, Frankfurt Zoological Society (FZS), and the Royal Society for the Protection of Birds (RSPB). The ADCI focuses on the protection of the grassland of Kazakhstan and its habitats, one of which is saiga conservation of the Betpak-Dala population. 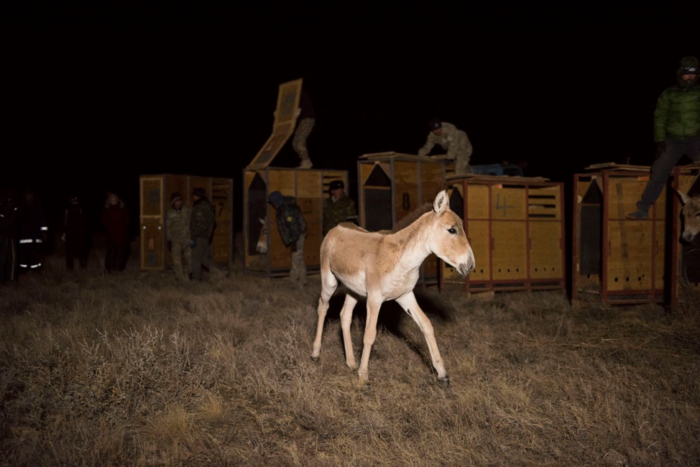 “Kazakhstan is the country for saiga, but in this region, there are other antelope species like the kulan and Przhevalsky horse. By reestablishing this kind of entire large assemblage in this steppe we can hope to one thing to increase steppe functionality, and to have more species to argue for the protection of this ecosystem,” said Kaczensky.

The scientist also mentioned the importance of the steppe ecosystem for carbon storage. 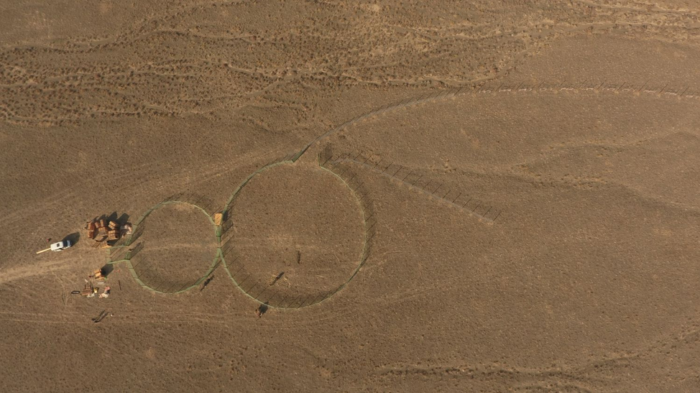 Kulan became extinct in Kazakhstan in the 1930s, but their reintroduction took place already in the 1950s. The only kulan population that survived in the former Soviet Union territory until the 1950s was in Badkhyz, Turkmenistan. Scientists first reintroduced them to Barsa Kelmes in the Aral Sea, but because of the shrinkage of the Aral Sea, their population floundered. The next place for reintroduction was Altyn Emel, where the animals multiplied and continue to live until now.

“It was because Kulan was totally irradiated within the territory of the former Soviet Union, including the Central Asian Republics. The only population that was left was in Badkhyz in south-eastern Turkmenistan. They were gone because of competition with livestock and hunting. Also, with all this infrastructure development, these species basically lost their habitat,” said Kaczensky. 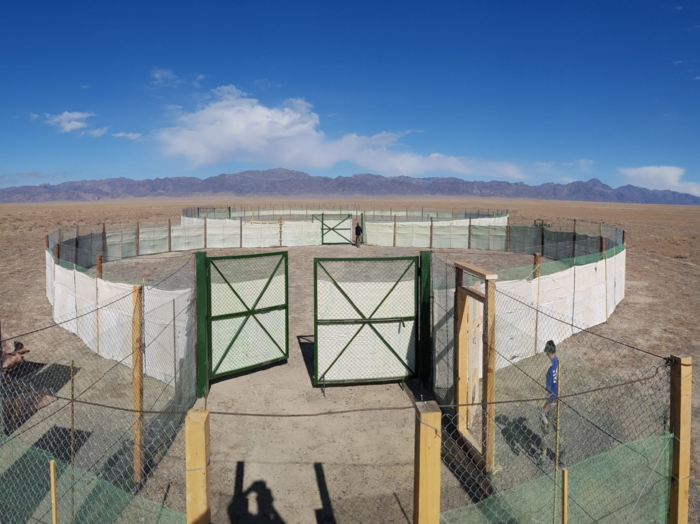 These days, the Barsa-Kelmes Nature Reserve and Altyn Emel National Park have approximately 500 and 3,000 kulan species respectively. Their number is still relatively small as it is less than one percent of the species’ former range in the region. The KulanSteppe project, therefore, aims to increase kulan’s population in the central part of Kazakhstan, Torgai steppe, which is strategically located in a protected area on the crossroads of ecological corridors.

“The whole central part of Kazakhstan basically still remains pretty much empty of this species. The idea is to bring them to the Torgai steppe to try to build up the population there,” said the scientist.

The Torgai steppe has the infrastructure, built from the funds of Nurnberg Zoo, which includes a field station and two acclimatization enclosures. Those were initially prepared for the Przhevalsky horse, but due to a holdup caused by the inclusion of the horses on the red list of species in Kazakhstan, the project moved its focus on kulan instead.

“The ACBK (Association for the Conservation of Biodiversity of Kazakhstan) and FZS followed up on this idea with the horse reintroduction. They got funding, also interest from the zoos to put some money, especially Nurnberg Zoo, which gave money to build the facilities in the Torgai steppe, then Alibi (field station) for the reintroduction of the horses under the condition that the Przhevalsky horse needs to be listed on the red list of species in Kazakhstan. Because without the listing, there is no legal basis for bringing the species there,” said Kaczensky.

The implementation of the KulanSteppe project started in 2017 after confirmation of funding from Swiss Fondation Segre and a feasibility study conducted by Kaczensky and the KulanSteppe team. It was a pilot project to test the process of reintroduction of kulan in the area. In 2017, the team airlifted the first nine kulans to the Torgai Steppe from Altyn Emel National Park, located 1,300 kilometers away. Two more kulans were brought in in 2019.

“What is generally the case is that people always think that if species disappear, it’s an easy fix… It’s never easy. For one thing, these are wild animals, so you have no idea how they will behave, or how healthy they are… They probably live with this for 20 years, but if you put them in a box then in a helicopter… it’s extremely stressful for a wild animal,” said the scientist.

The project met some organizational-logistical challenges that affected the process of work and results. Time is a scarce resource for projects like this, emphasized Kaczensky.

“From a logistical point of view, an operation like that is complicated. In Kazakhstan, there were a lot of different people involved… A helicopter is waiting, you have to move on. So then rather than transporting 18 kulans, we could only do nine,” she said.

“So that’s why it was a pilot phase, looking at possibilities, seeing where the difficulties lay and I think we have shown it can be done. But it also needs strong support from the government,” she added.

Because of pandemic-related difficulties, the project is on hold, but the KulanSteppe team is considering affordable and one of the most effective ways of implementation of the project, especially in relation to the transportation of the animals.

“What fascinated me about this project is that there is huge potential in Kazakhstan for recovery. Because you have these big spaces and there is the habitat there… It’s been over a hundred years since the last Kulan has been in this place. It’s kind of what motivates you to do that,” concluded the scientist.