By Dana Khissimova in Business on 13 August 2021

NUR-SULTAN – Kazakhstan has maintained a high foreign exchange demand due to the ongoing recovery in economic activity and the growth of imports, primarily of consumer goods, reported Aug. 8 Deputy Chairman of the National Bank of Kazakhstan Aliya Moldabekova. 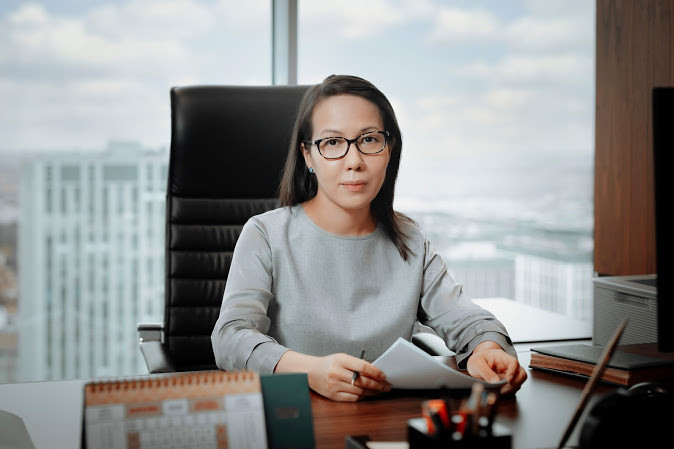 Deputy Chairman of the National Bank of Kazakhstan Aliya Moldabekova.

In addition, there is a seasonal factor in demand from individuals due to summer holidays and vacations. According to the latest available data, the purchase of foreign currency in cash at exchange offices increased from $368 million in May to $555 million in June.

According to Moldabekova, the rate increase is an additional factor contributing to maintaining the balance in the domestic foreign exchange market and maintaining the attractiveness of tenge assets for external investors.

In July, the national currency regained 0.7 percent of its value  and reached 424.45 against the background of growing oil prices and the decision taken by the Monetary Policy Committee to raise the base rate by 0.25 percent to the level of 9.25 percent per annum with an interest corridor of + / -1 percent.

Moldabekova noted that there was a slight decrease in the trading volume of the tenge/dollar pair on the foreign exchange in July to $3.09 billion compared to $3.16 billion in June.

“Thus, imports of goods in the first half of this year grew by 9.2 percent and reached $17.5 billion. Imports of consumer goods soared by 27 percent, or $1.2 billion, where imports of non-food products surged by 36.0 percent, or $1.1 billion,” Moldabekova said.

On August 11, Moody’s Investors Service (Moody’s) upgraded the sovereign rating of Kazakhstan in national and foreign currencies to a “stable” outlook. “This measure was an important positive event for the domestic foreign exchange market. Moody’s indicates policy of the National Bank on inflation targeting and a floating exchange rate regime, which supports macroeconomic and external stability of the country, as one of the factors to upgrade the ratings,” she said.