NUR-SULTAN – The two chambers of the Kazakh Parliament held a joint session on June 30 summarising the results of their work before they took a summer break, reports the Parliament’s press service. 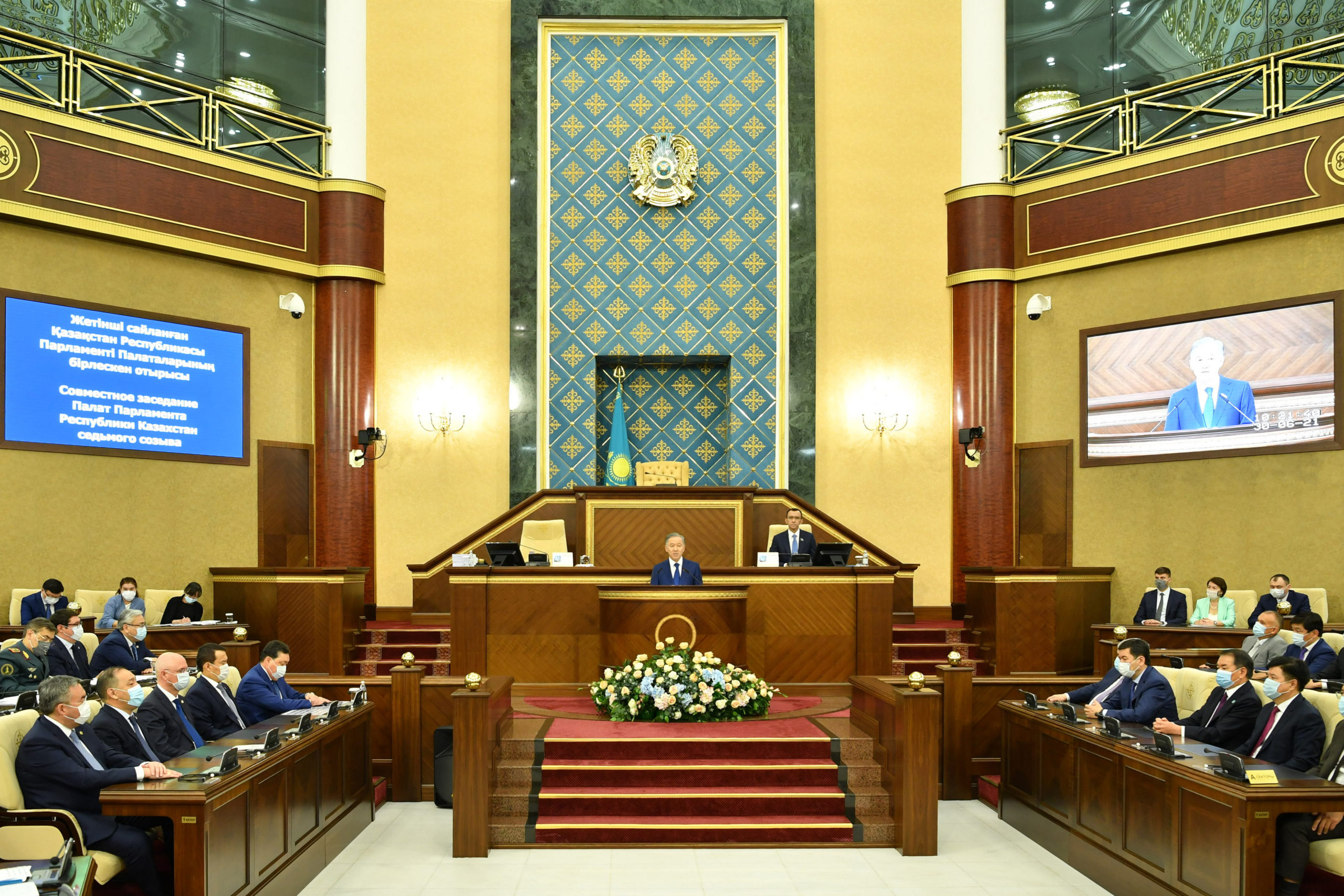 Majilis (lower chamber) Chair Nurlan Nigmatullin emphasized the increasing role and responsibility of the Parliament that provides legislative support for the initiatives of the country’s leadership.

Summarizing the results of their work in this legislative session, Nigmatullin said there were three joint Parliament sessions, 23 Majilis plenary meetings, and 21 Senate plenary meetings.

Both chambers heard 104 bills, and 63 of them were passed and 58 were signed by the President. Among these laws are amendments to the electoral legislation, including reducing the threshold for political parties to get seats in the Majilis from seven percent to five percent, the introduction of the “against all” option on an electoral ballot, and direct elections of akims of rural districts.

There were also amendments on land relations, prohibiting the sale and lease of agricultural land to foreign nationals.

The Parliament has also ratified a total of 31 international treaties, said Nigmatullin.

He said that besides the bills submitted by the government, the Parliament worked on their own legislative initiatives.

“During this session, both chambers of the Parliament were working on 24 bills drafted and initiated by the deputies of the Majilis and the Senate. Fifteen of them have already been considered and adopted by this time. Each of these bills is aimed at solving urgent issues in our society,” said Nigmatullin.

He also spoke about the Majilis elections that took place in January, which, as he described, boosted political modernization and facilitated public cooperation.

“As a result of these elections, the composition of the Majilis was renewed by 70 percent, which is a very large figure. At the same time, the new composition was replenished with people who possess knowledge and qualifications in all sectors. Another unique feature was the election of chairpersons and secretaries of several committees from the parliamentary opposition. Deputies from all factions represented in the Majilis, as well as from the Assembly of the People of Kazakhstan, have been working together since the first days,” said Nigmatullin.

As the Parliament goes on a summer break until Sept. 1, there are currently 35 bills in the legislative portfolio expected to be reviewed in the next session. They include the three-year national budget plan as well as bills on industrial policy, the Semipalatinsk Nuclear Safety Zone, state youth policy, and public control, among other areas.