NUR-SULTAN – The Kazakh tennis duo of Alexander Bublik and Andrey Golubev move on to the final of the French Open that will be held on June 12 in Paris, reported the press service of the tournament. 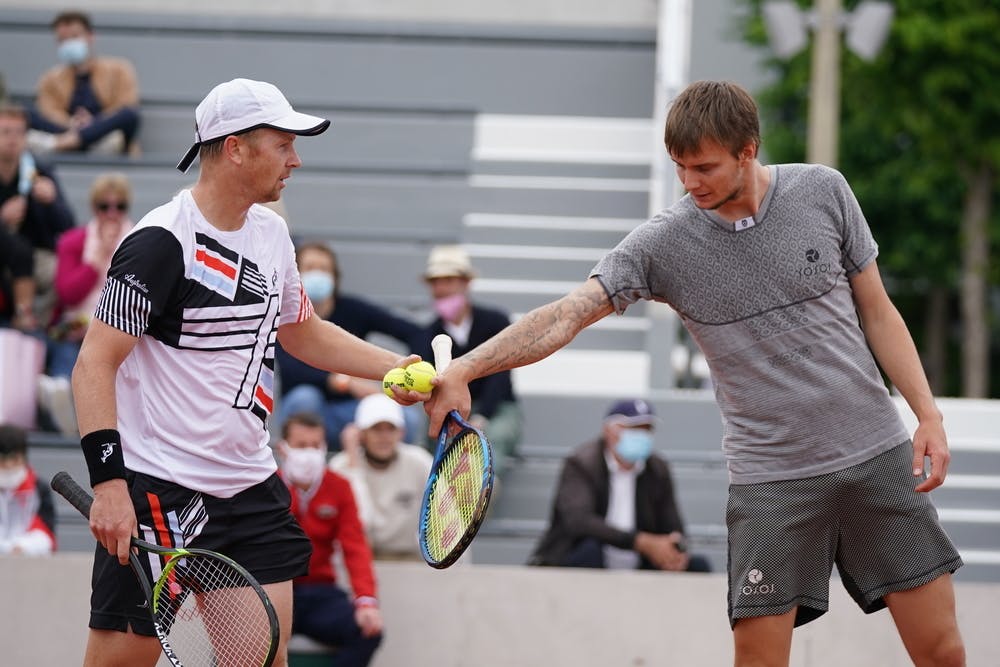 Bublik and Golubev topple Spaniards Pablo Andujar and Pedro Martinez with a 1-6, 6-4, 6-4 final score. The first set gave a misleading impression of an easy win for Andujar and Martinez when the Kazakh players managed to only score one game. The second set proved to be the turning point of the match, as the Kazakh duo struggled to get ahead of their Spanish opponents. However, after taking advantage of every opportunity, Bublik and Golubev were able to upset Andujar and Martinez and cement their lead in the final set.

Bublik and Golubev represent an interesting team with Bublik, who is currently ranked number 37 in the world singles ranking, usually more focused on the singles tournaments, while Golubev these days mostly focuses on the doubles category. After the semifinal, Bublik told the press that he initially planned to skip Roland Garros in favor of another singles tournament in Stuttgart.

For Golubev, this year’s tournament has already proven to be a new record, as the player was able to proceed to the final game. Back in 2014, Golubev with his Australian partner Samuel Groth reached the semifinals of the French Open when he was defeated by a French duo of Julien Benneteau and Edouard Roger-Vasselin.

In the final, Golubev and Bublik will also face a French team of Pierre-Hugues Herbert and Nicolas Mahut. While Herbert and Mahut will have an advantage of the support of their compatriots on Saturday, the Kazakh players said that they do enjoy having the audiences back at the court and the atmosphere it creates.

“We’ve definitely missed the crowd a lot. Having that atmosphere behind us gave us a big boost,” said Bublik after the semifinal win.

With Bublik’s underarm serves and harmless trickery, the Kazakh duo has proven to be an entertaining team to witness on the court. The pair is determined to play the final with the same spirit.

Golubev and Bublik are the last Kazakh players competing at Roland Garros after Elena Rybakina, who stunted three-time winner of the French Open Serena Williams, lost to Anastasia Pavlyuchenkova of Russia in women’s singles.